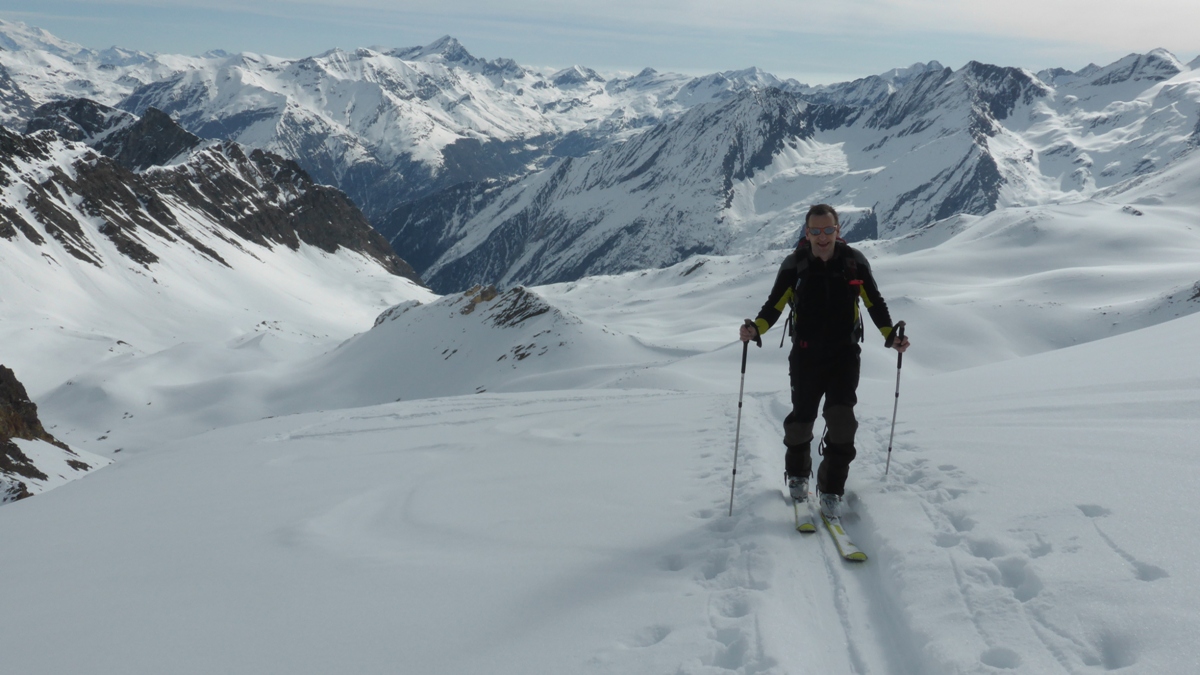 Frits Vrijlandt and Thomas Kähr are passionate about all things climbing and mountaineering.

Ski mountaineering, however, has a special place in the hearts of Vrijlandt, president of the UIAA and Kähr, a UIAA executive board member.

That’s why both Vrijlandt and Kähr are in Switzerland 29 April -3 May 2014 to participate in the Patrouille des Glaciers, considered to be the largest and toughest ski-mountaineering events in the world.

The event which takes place once every two years is governed and organized by the Swiss Land Forces, which Kähr is part of, with the support of partners including UIAA member federation, the Swiss Alpine Club.”
Organisers require participants to use climbing and mountaineering equipment such as helmet, ice axe, rope, harness which comply with UIAA standards.

The history about the race can be found on the PDG website here:

The course of the legendary team competition PdG starts in Zermatt and leads through Arolla to Verbier. This mountaineering race was established during the times of World War II, when mountain specialists of the Swiss Armed Forces searched for ways to verify their physical preparedness and technical proficiency in harsh alpine terrain. The interest to compete in the race increased steadily during the years. Therefore the capacity of the race was doubled by carrying out the race twice on two different days. Despite this, usually there are not enough starting slots available for all athletes interested in participating in the race.

Those who have participated in the famous event will tell you that it is one hardest endurance races in the world. The course from Zermatt, via Arollo to Verbier has to be completed in one single stage and it consists of a demanding topography that tests the toughest ski mountaineers. A significant part of the route takes place in a high alpine glacier terrain which demands the participants to have mountaineering skills and the use of climbing equipment.

Both Vrijlandt and  Kähr are veterans of past PdG races and say they are looking forward to this year’s edition. Kähr participates in three to four ski mountaineering competitions every year.

“It is a great team effort,” said Vrijlandt. “You have to encourage each other to achieve the best possible performance. It is all about comradeship, growing beyond yourself, sporting fairness and enjoying the beauty of the mountains. We have been training hard and hope for good weather and snow conditions.”
The race consists of 1,800 teams with three participants in each team.Most race participants are from the Swiss army but the event is also open for soldiers from other armies and some civilians.
“Whether you participate as part of training for the army or to do your personal best, we all share a common love for the mountains and mountain sports,” said Kähr.

Participants must meet the following requirements:

Useful information about the race can be found here including regulations and course itinerary.
Share: