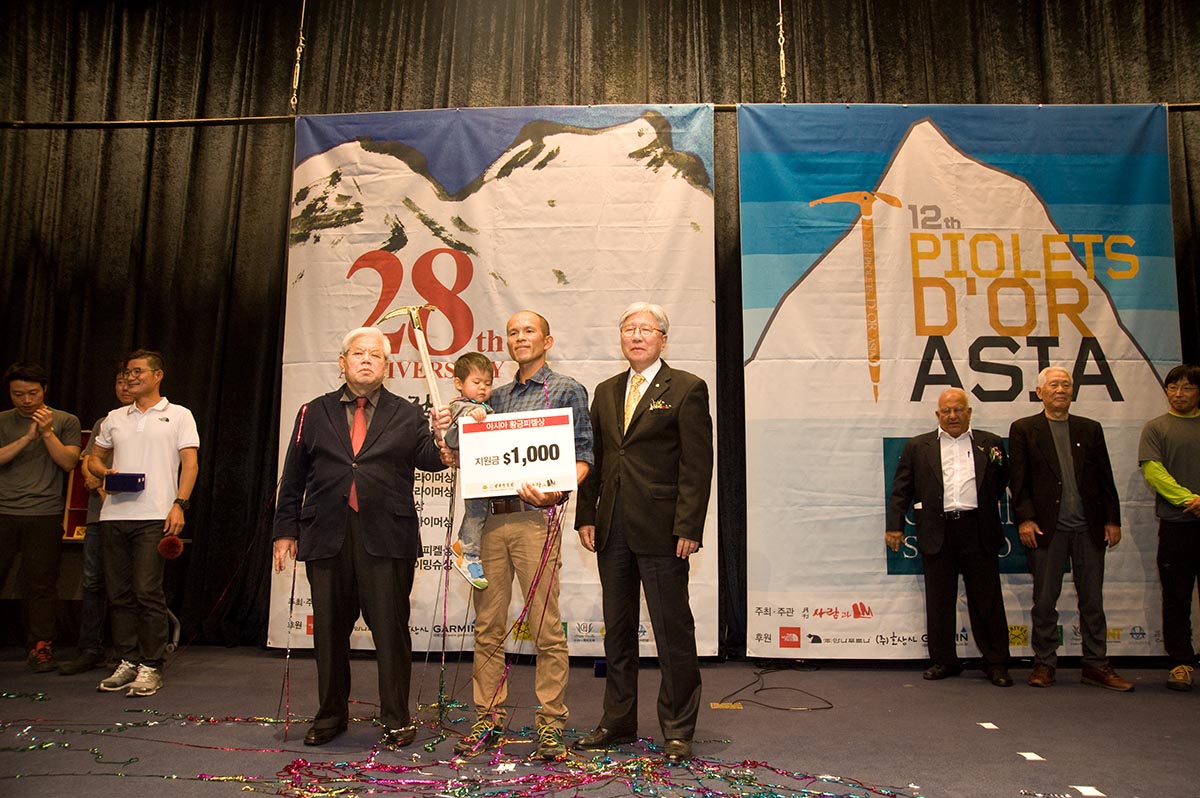 Hiraide received his second Piolets d’Or Award, after being recognised in 2009 for ascending the southwest face of Kamet (7,756m) in alpine style (together with Kei Taniguchi).

Chon (born February 7, 1996) is a South Korean sports climber, who won the IFSC Climbing World Cup in 2015 in the bouldering discipline, the first Asian athlete. He is currently ranked #1 in the IFSC Boulder ranking. This year’s Piolets d’Or Lifetime Achievement was given to Indian alpinist Harish Kapadia.