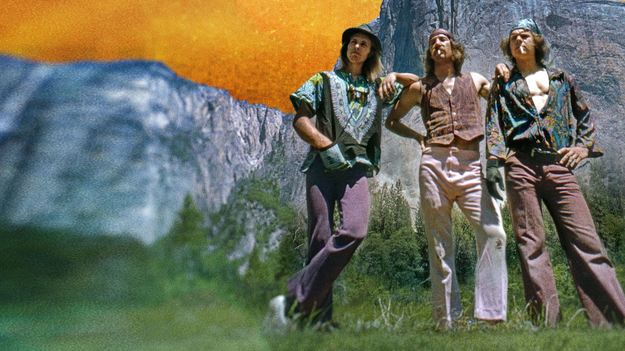 Valley Uprising, an American film that traces the recent history of climbing in the Yosemite Valley through interviews with living legends is the winner of the UIAA Award for Best Climbing Film at the Trento Film Festival.

The winning film for the UIAA Award which included a cash prize of 1,500 Euros was announced today by UIAA Executive Board member Pier Giorgio Oliveti at the Trento Film Festival. The award was for the film which best captures the values of the UIAA and its commitment to the to the mountains, adventure and spirit of exploration.

It was chosen by a jury headed by UIAA – International Climbing and Mountaineering Federation President Frits Vrijlandt.

Valley Uprising has been described by one critic as “the breakout adventure film of the decade.” It tells the story of a climbing counterculture which evolved in the world-famous Yosemite Valley as climbers were drawn by the mystique and the challenges of its granite rock faces and the film shows and tells how they climbed with single-minded dedication, often at the expense of everything else.

In its citation the jury said: “The film captures the free spirit and single-minded dedication to rock climbing that permeates the history of climbing in Yosemite Valley. The impact of what these climbers did and continue to do in Yosemite extends far beyond the confines of the valley and resonates around the world.”

“Climbers and mountaineers around the world who push their personal boundaries every day understand what drove and still drives climbers like those from the Yosemite Valley to climb harder, faster and freer,” said UIAA President Vrijlandt.

The Trento Film Festival has been in existence since 1952 and is part of the Alliance for Mountain Film which includes 22 members and 21 festivals that take place in 17 countries across Asia, Europe and the Americas.

A founding member of the Trento Film Festival was the Italian Alpine Club, a member federation of the UIAA.

Please click here for a complete list of the trailers of films that were in competition for the UIAA Award.