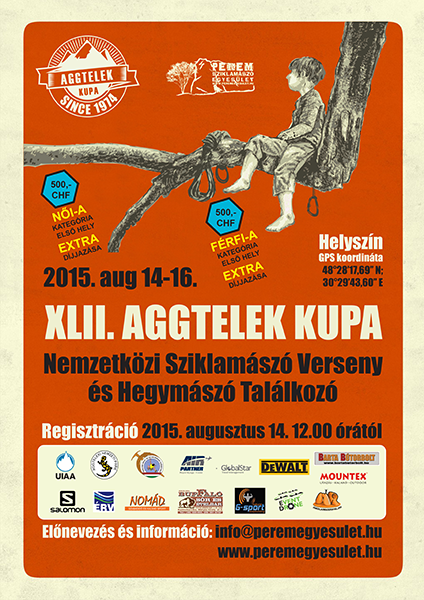 As for the first edition, a prize of CHF 1’000 will be shared between the best male and female athlete of the event.

In attendance will be Peter Farkas, Vice-President of the UIAA, who is part of the Award Assessment Team.

From its establishment in 1932, the UIAA has promoted and developed mountain sports while respecting the environment.

High mountains, big walls, bouldering, ski mountaineering, ice climbing and rock climbing; these are all activities in the DNA of the UIAA International Climbing and Mountaineering Federation.

Rock climbing enthusiasts around the world are now being recognized by the UIAA with a new Rock Climbers’ Award.

Every year the UIAA will choose the best male and female rock climbers from among athletes participating in different events around the world. The climbers will be chosen by a group of experts based on  criteria established by an awards assessment team.

The members of the awards assessment team are former British climbing champion Anne Arran who is on the UIAA Management Committee, UIAA Vice President Peter Farkas and Executive Board member James “Marc” Beverly.

A prize purse of CHF 2’000 will be shared among the male and female winners.

The goal of the UIAA Rock Climbers’ Award is to recognize internationally the commitment of climbers in the rock climbing community – everywhere.