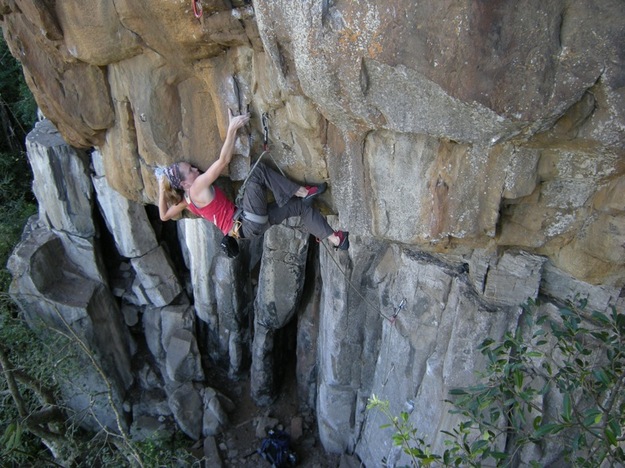 The UIAA – International Climbing and Mountaineering Federation is proud to announce a partnership with Southern Rock Climbing Centre in South Africa for a rock climbing festival that will feature the first UIAA Rock Climbers’ Award.

The event takes place 13 – 14 June 2015 in the Umgeni Valley in KwaZulu-Natal as part of the Origin Mountain Festival. Please click on this link for more details about the event and a photo gallery of climbing in the Umgeni Valley. The Difficulty competition takes place over two days. Climbers are allowed to climb as many routes as they like, but only their top three routes will count towards their final score. Some routes may receive bonus points at the discretion of judges.

“We are so excited about the fact that the first event will be held in this magnificent climbing area with the support of UIAA member federation Mountain Club of South Africa,” said UIAA Vice President Peter Farkas. “The award honours the best in climbing, the love of the outdoors and the worldwide community of rock climbers who clamber on rocks, boulders and cliffs, pushing their limits daily.”

“There have been many expressions of interests by event organizers around the world to be to be accredited so that climbers can receive this award,” said Farkas. “The UIAA which represents millions of climbers around the world is proud to be associated with this thrilling sport on natural rock, the way climbing began and will continue.”

Two winners, one male and one female, will be chosen for the UIAA Rock Climbers’ Award based on criteria established by an Award Assessment team on behalf of the UIAA.  The goal is to reward athletes and climbers who practice rock climbing in accordance with UIAA values which include a sense of freedom, respect, risk awareness, will power and sustainability

The South African awards are the first of awards given out by the UIAA for the best male and female rock climbers from among athletes participating in different events around the world. Events must be accredited by the UIAA panel and a prize purse of CHF 1’000 will be shared among the male and female winners for each event, including the inaugural competition in South Africa

The members of the awards and event assessment team are former British climbing champion Anne Arran who is on the UIAA Management Committee, Farkas and Executive Board member James “Marc” Beverly

Please contact office@theuiaa.org to be considered for accreditation by the UIAA for the Rock Climbers’ Award.