Climber’s Manifesto #7 – ‘Help others in need wherever practical, even if it means not reaching a summit or achieving my personal goals’.

#7 ‘help others in need wherever practical, even if it means not reaching a summit or achieving my personal goals’

The following account comes directly from a mountaineer and is courtesy of Husseyn (Gusseyn) Bagirov, Minister of Environment in Azerbaijan and President of ADEINFA (Air and Extreme Sports Federations Association), whose poignant story touches on friendship, mountaineering and core moral values.

It was December 2009 and we were marking the first ever Azerbaijan expedition to Mount Aconcagua. One organized by FAIREX (Air and Extreme Sports Federation of Azerbaijan, member of ADEINFA) with the support of the Western University, Baku. It was a challenge we were all looking forward too.

We found ourselves at the second camp (Confluenzia), located above base camp on the approach to the summit. While we were there, we received a message that a mountaineer was in a critical state at the higher camp (Canada) and required urgent medical aid. The local administration sent rescuers to bring him down and provide medical care.

A little while later we witnessed the rescue team dragging the unfortunate climber down towards base camp on dedicated mountain stretchers. But under his weight they were giving way and, as a result, caused further injuries to his body as it impacted with the ground.

Observing this, my friend and I immediately offered support. The four of us (including the two rescuers) carried the climber on our shoulders and brought him to base camp, equipped with the necessary medical facilities. Physicians immediately provided him with treatment. He gradually revived and began to communicate in a confused manner. 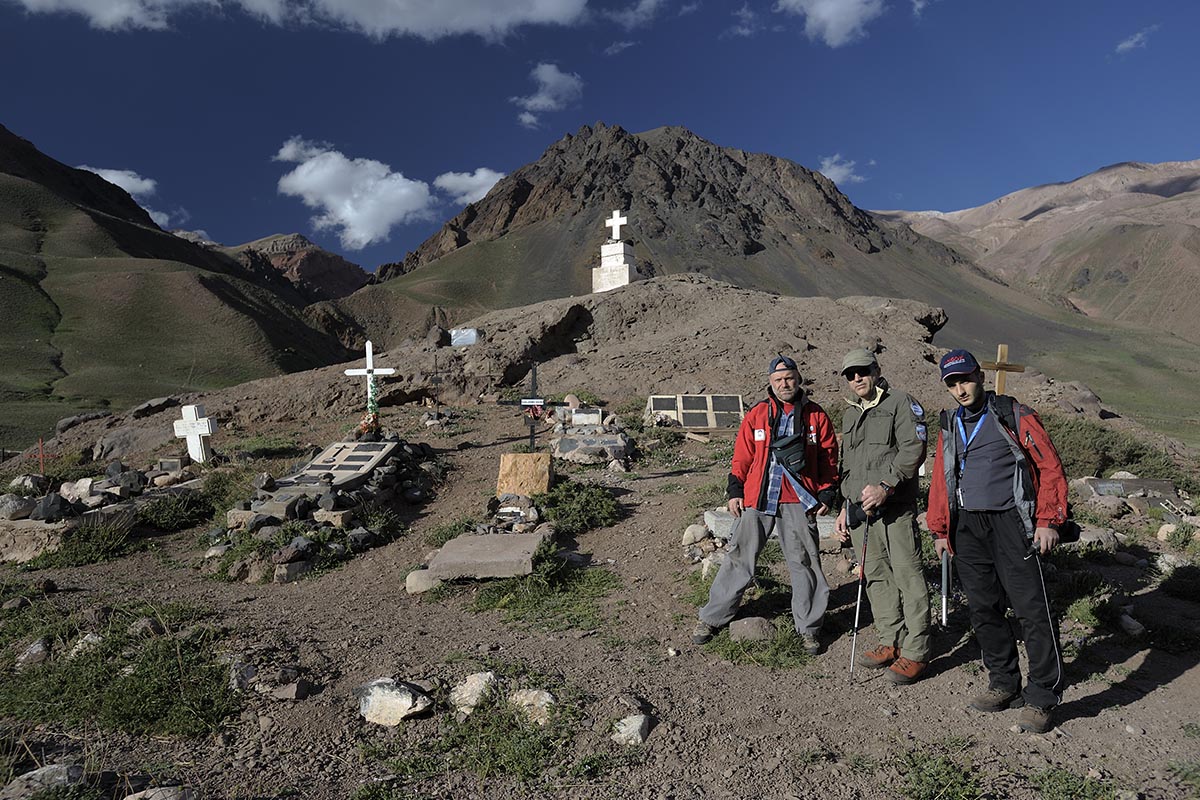 When I started to converse with him in his native language he was happy to hear his mother tongue. Initially, he was not in the right state of mind to discuss even familiar details like the weather or his family. It was clear that he suffered oxygen starvation to the brain. After some time, and when he became gradually more conscious, the first thing he talked about was how much pain he felt and how he didn’t understand where it came from. We knew he was referring to the pain he encountered while on the stretcher before we carried him on our shoulders. The lesson learnt was that when you are rescuing an unconscious person, you should be as attentive and courteous as you would be with someone who could communicate their feelings.

Afterwards, we were informed that the other members of the mountaineer’s group had simply radioed base camp about their sick friend and had continued their march towards the mountain top. They had abandoned him. This group of climbers later reported they had reached the peak, however, there was no evidence of this, not even a photo proving that it was true. Frankly speaking, I felt deep satisfaction that fact that these people had not reached the summit.

No peak in the world is worth conquering if it means leaving a friend in trouble. Or any fellow mountaineer, whatever your relationship. Mountains are spiritually pure places. Such attitude to ‘friendship’ for the sake of ego, for the sake of convincing people how almighty you are – is not something related to spiritual purity. Mountains do not forgive this.

It seems to me that apart from the ego itself – the most primitive thing that drives climbers, the main source of inspiration for ascending is the will to overcome yourself, your laziness, and instincts. There is something perceivable by all of us, that there is something more pure than our personal comfort. The fact that we lost a couple of days turning back to the base camp before continuing on our ascent did not cause a feeling of regret. On the contrary, we felt an excellent feeling of a peaceful mind.

You never know where your summit is. And it is not always the highest point of the mountain.