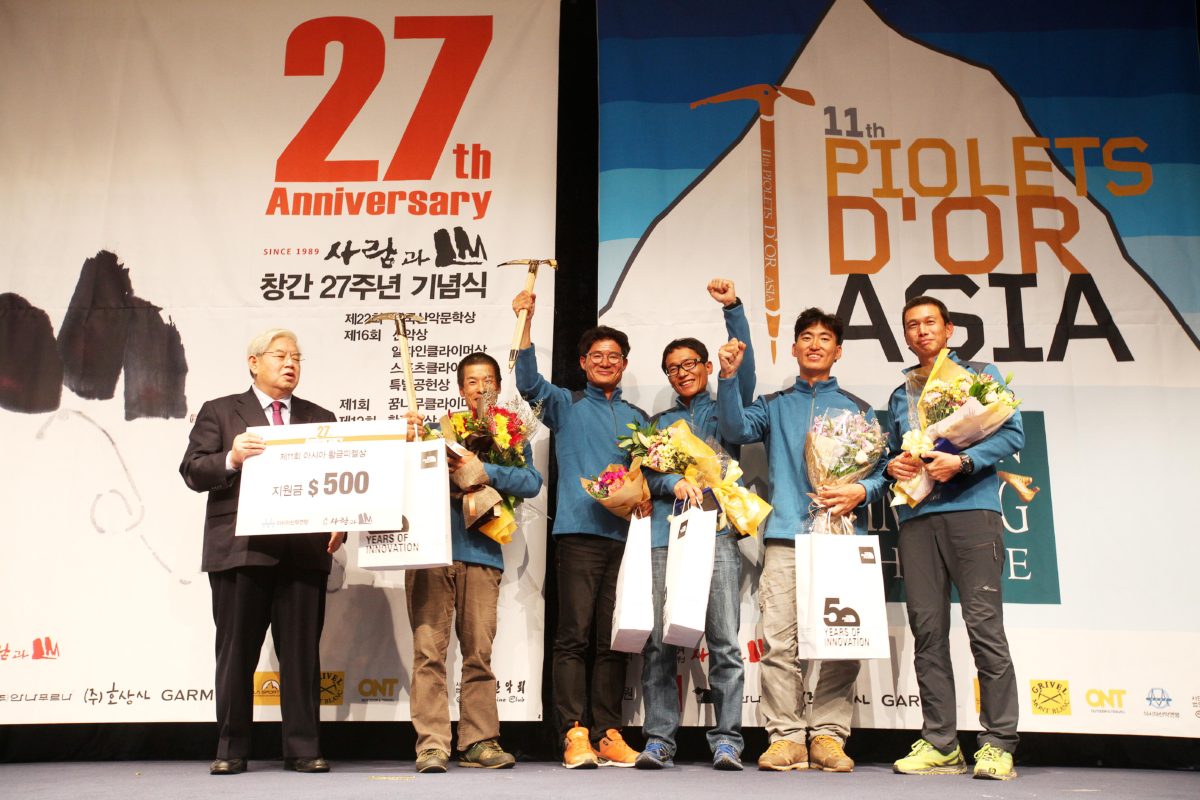 The Piolets d’Or Asia celebrated its 11th anniversary in Seoul, Korea on 4 November. These Awards, known as the Oscars of Alpinism, have been leading the development of Asian mountaineering culture for the last ten years. Among those recognised were a UIAA honorary member and a UIAA ice climbing champion.

The joint winners of the main award were confirmed as:

A Korean Team led by Mr. Chang-Ho, Kim, who has completed all 14 Himalayan Giants without supplementary oxygen. He and two team members climbed a new route on the south face of Mt. Ganggapurna (7,455m) in the Annapura region under the name “KOREAN-WAY PROJECT 2016.” Their climbing achievements in itself were excellent, however, most of all they left nothing on the mountain.

A Japanese team comprised of three members; Mr. Koji Ito, Yusuke Sato, Kimihiro Miyagi. They explored the North Alps in Japan for 22 days in winter. They climbed the ‘Golden Pillar’ in the Tsurugidake Kurobe Valley. Sometimes it is considered more difficult to climb here in winter than in the Himalayas. This climb was evaluated highly in Japan.

Mr. Keita Kurakami (31). He is one of the best climbers in Japan. He free-climbed the Senjitsu-no-ruri on the Moai Face in April 2016 (UIAA grade X+) He didn’t use any bolts or pitons except belaying. Mr. Tamotsu Nakamura (84, Japanese). He has devoted himself to the mountains in the borderlands of south-east Tibet and west China for over 25 years; he has conducted 38 expeditions during that time. He has influenced so many mountaineers in Asia. He is also an Honorary Member of the UIAA. Read more on our Honorary Members pages.