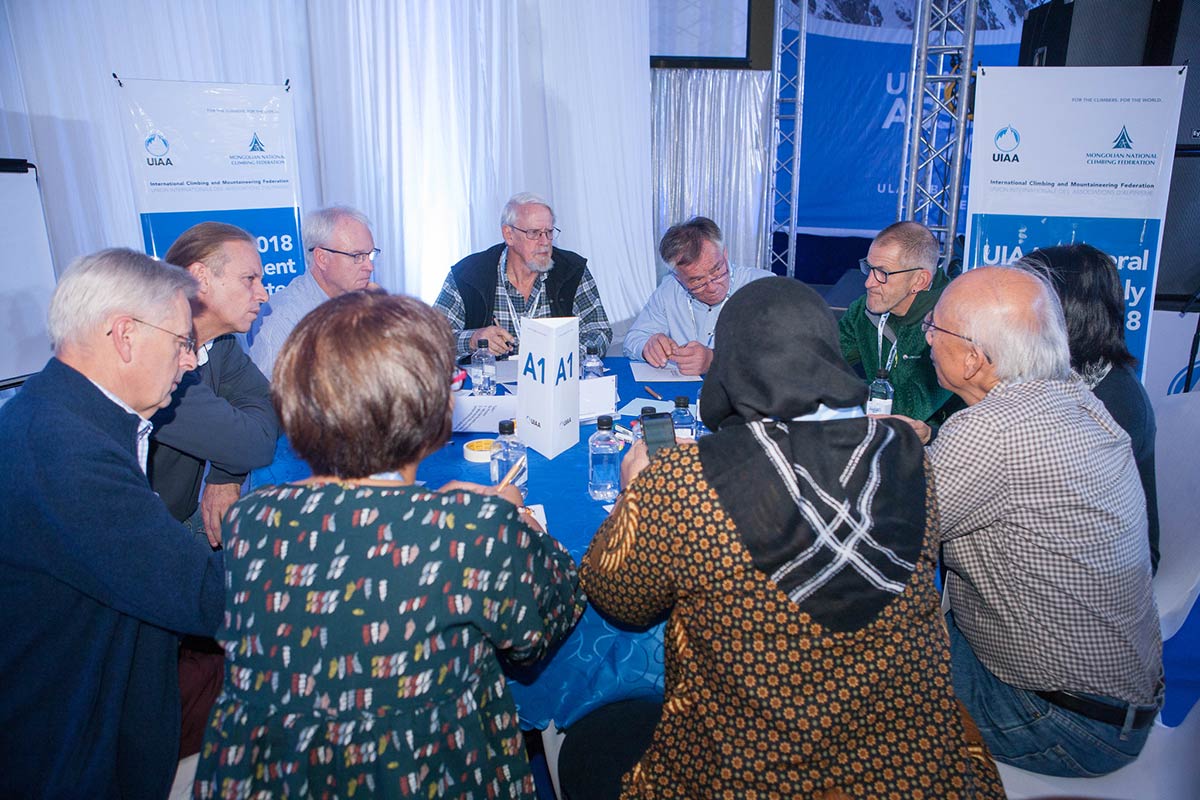 On Friday 5 June, the UIAA Management Committee (MC) held its second online meeting in the space of five weeks. Its most significant outcome was the decision to host this year’s UIAA General Assembly online.

Owing to the Covid-19 pandemic, the GA, originally scheduled to take place on 24 October in Antalya, Turkey (and organised by the Turkish Mountaineering Federation), will now be held virtually. Voting procedures will also be conducted online.

“For the first time in the federation’s near 90-year history, the UIAA GA will take place online,” confirmed President Frits Vrijlandt. “One of the positives of this situation is that more members than ever before will be able to join.”  Vrijlandt’s second-term as UIAA President comes to an end in October. The UIAA will ensure that Vrijlandt and other departing delegates will have the opportunity to receive an appropriate send-off from the UIAA family during an in-person meeting in 2021. Further details on the 2020 GA will be available in due course. In the meantime, a programme overview can be found here.

The MC also discussed the current situation regarding Covid-19. UIAA General Secretary Lode Beckers presented the recent work of the Covid-19 Crisis Consultation (CCC) Taskforce and the extensive resources provided by the UIAA for members. This includes the Covid-19 portal and a dedicated online form for members to submit information and concerns. MC Continental Representatives provided updates regarding the situation in different countries from South America, where strict lockdown is very much in force, to central Europe where visiting the mountains and staying in huts is becoming an everyday reality. Switzerland will open its borders to other European countries from 15 June.

The MC also agreed to submit feedback by 20 June to UIAA Treasurer Peter Muir who has provided a summary of the key strategic decisions taken from the official minutes from last year’s GA. In parallel, Lode Beckers offered to integrate relevant elements from existing strategic plans, GA minutes and from the Strategic Working Group’s documentation into a draft to be presented to the MC for comments prior to the next General Assembly. In producing this draft, cooperation would be sought from a representative for each continent.

The UIAA was delighted to welcome its honorary member, Robert Leopold, to the meeting.

The MC was followed on 6 June by an online meeting of the UIAA Commission Presidents (CPs). CPs were briefed about the decisions taken the previous day. An important part of the meeting focussed on strategy discussions with CPs underlining their desire and commitment to play a significant part in the process. The topic of Commission regulations was also addressed with a roadmap put in place to update documentation during the summer.