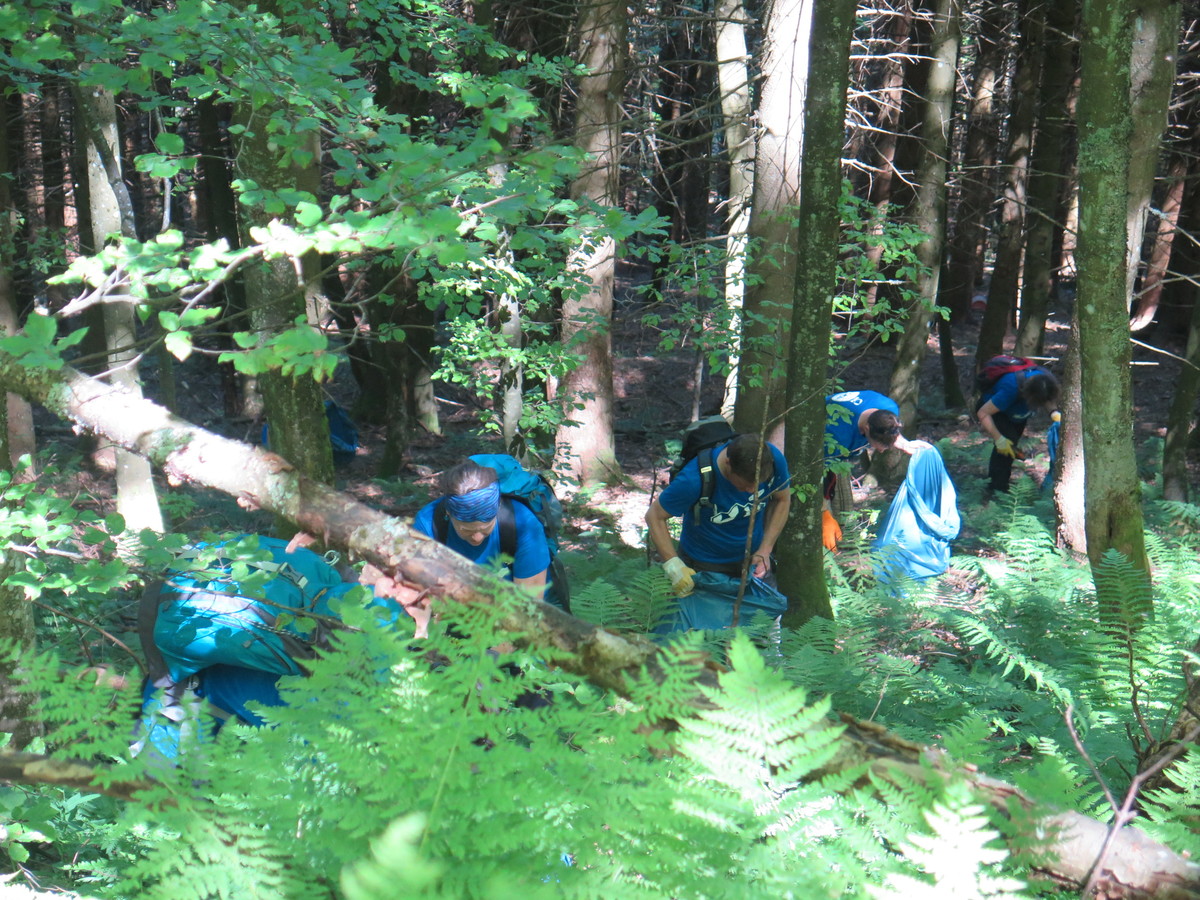 After five events in as many countries we are now halfway through the 2016 UIAA Respect the Mountains Series, partnered by KEEN. On Wednesday 20 July, the fifth event of the season was held in Mayrhofen, a town in the Zillertal, located in Austria’s Tyrol region.

XP Events (led by Rik Kingma) and the ÖAV Sektion Zillertal (Österreichischer Alpenverein) were responsible for organizing the event hosted in one of Europe’s most visually breathtaking and visited outdoor regions. Skiing, hiking, mountain biking and paragliding are among the pursuits the region is renowned for. Mayrhofen itself is situated near the Hintertux glacier, which, at 3,250m is above the snowline.

In the region of 60 volunteers from four countries participated in the event. In the morning, they were divided into four groups and spent over two hours cleaning up different zones in and around Mayrhofen. One group focused its clean-up operation around a canyon while another worked on eliminating “neophytes”, immigrant plants which spread rapidly while threatening the alpine biodiversity – some of these species are even toxic.

Most of the participants were tourists, including numerous families. Led by group leaders, the volunteers collected over 40 bags of refuge including a vast amount of metal. Exposed to a beating 30-degree summer sun, this was no small achievement. The prize for weirdest find of the event, and winner of a pair of KEEN shoes, was awarded, topically, to the volunteer who discovered an abandoned item of footwear. In the afternoon, as is custom at all the UIAA Respect the Mountains events, numerous sporting activities were organising for the volunteers including rafting and via ferrata. The event was organized in conjunction with:

To view the best images from the event, you are invited to view the dedicated gallery on the UIAA Flickr Channel.

The next UIAA Respect the Mountains event of the season will take place in Samoëns, France on Thursday 11 August. If visiting the area during this period and are interested in participating please follow the programme and registration details here.