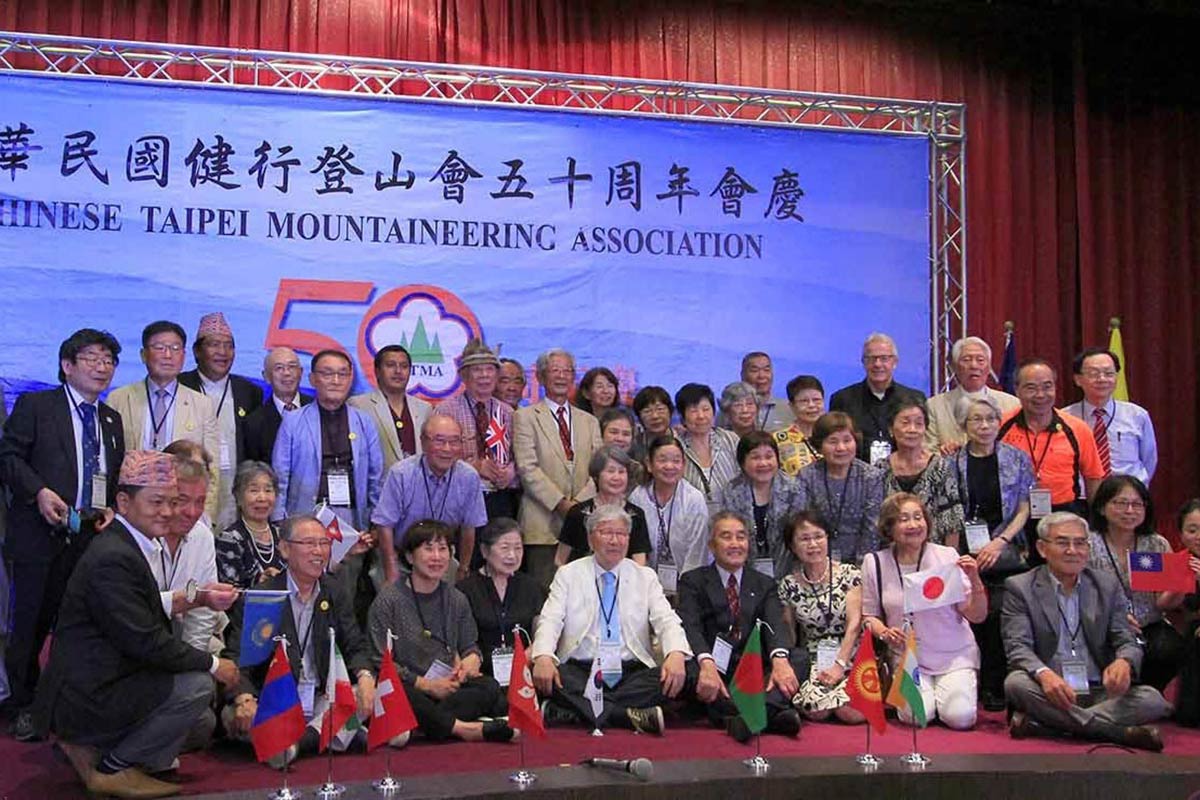 A GOLDEN MOMENT FOR THE CHINESE TAIPEI MOUNTAINEERING ASSOCIATION

In early June one of Asia’s most prominent mountaineering associations celebrated its golden anniversary. The Chinese Taipei Mountaineering Association (CTMA) marked its 50th birthday in some style taking the opportunity to reflect on its proud history and set its vision for the future years. The celebrations were attended by representatives from mountaineering associations across Asia – including members of the UAAA, Union of Asian Alpine Associations, whose Council Meeting was held as part of the event. The UIAA was honoured to be part of the celebrations and represented by Vice President Thomas Kähr.

The CTMA was founded on June 1969 in Taipei by General Yang Shen and some elite mountaineers of the time. Its original mission was to promote hiking, mountaineering and cross-country within the country and beyond, to study the science of mountaineering, and represent the individuals who engaged in these activities. It is a non-profit organization whose goal remains to encourage people to adopt a healthy, outdoor lifestyle. An estimated three million people hike regularly in Taiwan.

Over its fifty years, the CTMA has gone through eight terms of council and under the tremendous efforts of its members, has accomplished numerous achievements notably in the areas of social welfare and environmental protection. Its future vision includes a number of objectives, such as the creation of a national mountain portal, a pledge to organize more youth climbing camps and to set up a National Mountain Educational Centre.

The federation is also initiating a “e2 Leaning =10×P” concept. e2  stands for (e-Learning）x (experiential Learning)；10 refers to constant progress, P equates to productivity. The federation believes this formula will help them engage and inspire more people in the digital age. The CTMA will also promote a ‘sports for all’ message to encourage participation across a wide demographic and focus increasingly on sustainability subjects such as a plastic-free environment. This in a country which boasts a number of impressive mountain ranges, in particular Yu Shan or Yushan (Mount Yu), its highest point at 3952m (12,966ft) which makes it the island with the fourth highest maximum elevation in the world.

The UIAA thanks the CTMA for its kind invitation to its celebrations and wishes the federation every success in the future years.