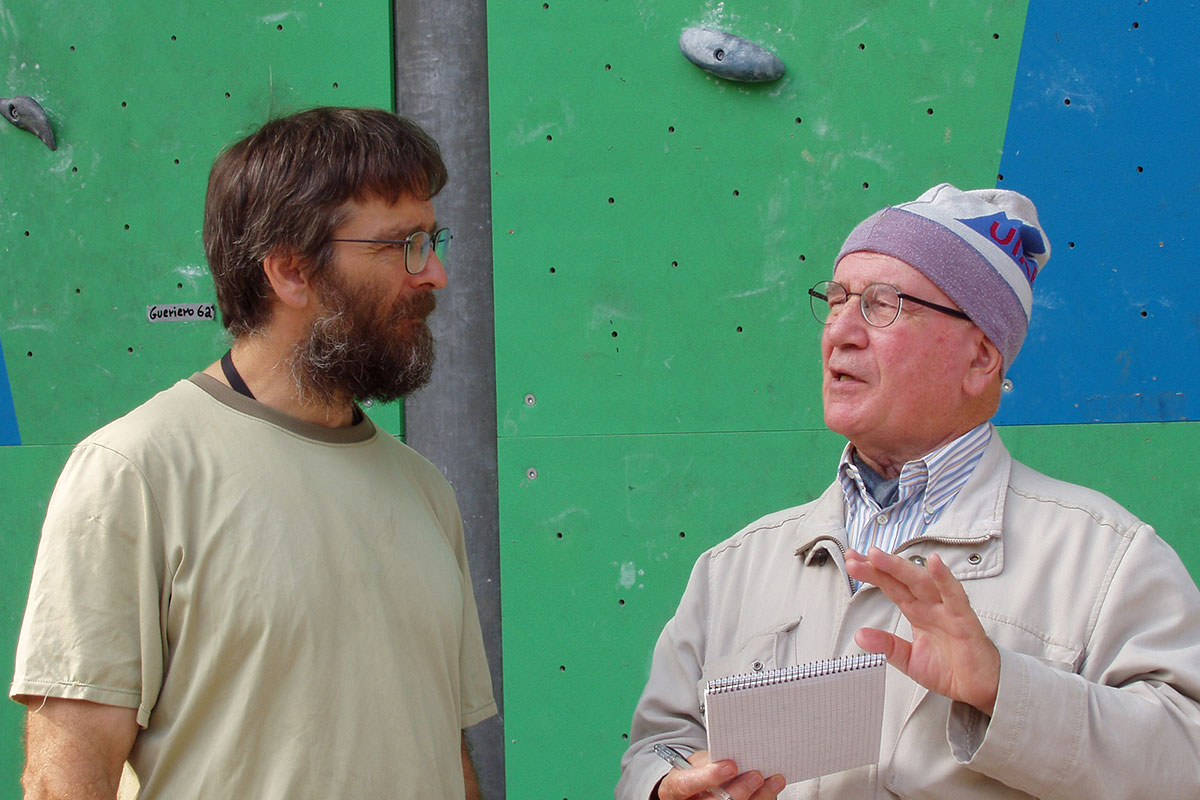 A Tribute to Carlo Zanantoni

The UIAA pays tribute to Carlo Zanantoni, a long-time delegate of the UIAA Safety Commission (SafeCom) who passed away on 18 November.

Carlo Zanantoni was born in Verona in 1930. From an early age, a love for the mountains drew him to the Dolomites. An eager and impressive mountaineer, he was equally passionate about the development into the research of safe climbing equipment. This inspired him to be part of the pioneering team in the early 1960s which later became the “Commissione Centrale Materiali e Tecniche” (now “Centro Studi Materiali e Tecniche”, SCMT) in the Club Alpino Italiano (CAI)/Italian Alpine Club structure. At the same time, the UIAA created its own Safety Commission and started work on producing the Standards and creating the Safety Label which are internationally-respected today.

Carlo was, from the beginning, the technical and scientific mind of the group: he had a unique ability to comprehend, with an engineering and mathematical approach, what actually happened in the field. His skills, as well as his studies, revealed the effectiveness of “dynamic belaying” proposed in the late 1950s by three Italian climbers by the means of the Munter hitch named, in Italian, “mezzo barcaiolo” .

He was designated as the CAI delegate in the UIAA SafeCom from 1970 up until 2009 (later a Honorary Member of the Commission) and in CEN (European Committee for Standardization) from 1987 up until as recently as 2020. In September 1973, during the UIAA SafeCom meeting in Andermatt, Switzerland, a demo of the Italian dynamic belaying proposal was successfully carried out and the method was officially recommended by UIAA. An important acknowledgement for the work coordinated by Carlo.

Within SafeCom he was appointed leader of a WG for the development of a new rope standard; the work captivated his attention and many updates have been created from his findings. In the formulation of both the braking devices and ice axes standards his contribution was remarkable.

Among the later activities carried out by Carlo were studies evaluating the energy absorbed by a rope due to a fall on a sharp edge up to the rupture. The studies were a first answer to a problem raised by Pit Schubert, long time President of the UIAA Safety Commission: how to improve the strength of a rope in case of a fall on a rock edge, the last weak point of a modern rope. The issue proved very complex and Carlo suggested proceeding by proposing a test and a calculation procedure to evaluate the maximum absorbed energy: his idea was setting up a method, although non-exhaustive, to provide rope comparisons pushing then the manufacturers’ activities in this field. His effort was acknowledged by the approval of the “Addendum 3” to UIAA Standard 101 at Chamonix in 2013.

Beyond Carlo’s technical achievements, his SafeCom colleagues and friends always valued is his competence, friendliness, kindness and human qualities.