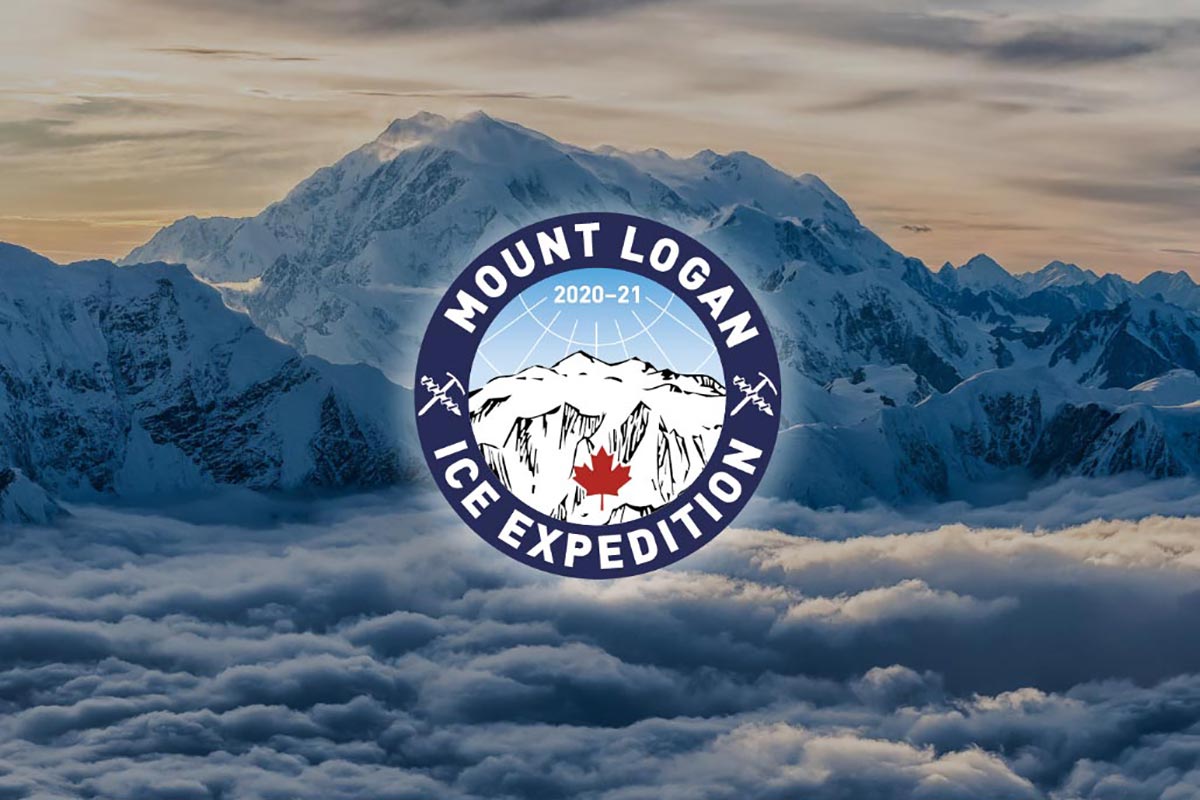 ALL ABOUT THE MOUNT LOGAN ICE EXPEDITION 2020-21

The Mount Logan Ice Expedition 2020-2021 is a multidisciplinary scientific initiative that seeks to preserve, celebrate, and advance knowledge about climate and change on Canada’s highest peak. The project is organized in association with The University of Alberta, The American Alpine Club and The Alpine Club of Canada, the latter two both longstanding members of the UIAA.

Located deep within Kluane National Park and Reserve in the southwestern corner of Canada’s Yukon Territory, Mount Logan stands unrivaled in physical mass, and perhaps in mountain grandeur. In May 1992, an RCGS-sponsored Geological Survey of Canada expedition, using GPS, determined Mount Logan’s current height to be 5,959 metres (19,551 ft). The massif boasts the largest base circumference of any non-volcanic mountain on Earth. Twelve distinct peaks rise above 5,000 metres (16,400 ft) from its twenty-kilometre-long summit plateau. Its many saw-tooth ridges, “like a cosmic comb,” rake moisture from the almost countless, year-round storms produced over the Pacific. Average summer temperatures on the summit plateau hover around -27° C, and tremendous snowfall in the area produces an area of glaciation second only to the polar regions of Antarctica and Greenland. Few places on Earth are as high, and cold, and remote as Mount Logan. Together, its elevation, its sheer size, its high northern latitude (60 ̊ north latitude), and its proximate coastal position make the mountain a coveted prize for the world’s mountaineering elite. Hardly the site, one might think, for careful and exacting scientific study.

Yet for all its extraordinary severities, Mount Logan—from its earliest ascent in 1925 by government surveyors with the ACC to the Arctic Institute of North America’s decade-long High Altitude Physiology Study in the 1970s—has constantly been a productive site for the advancement of scientific knowledge. A new chapter in that advancement, and in adventure, began in the 1980s with the emergence of ice core science.

Ice cores hold secrets of long ago climate. Long, cylindrical cores drilled down through glaciers in the high mountain and polar regions of the world preserve information – gas bubbles, pollen, dust particles, major ions and isotopes – that scientists use to reconstruct past climate and air composition. The techniques that are available for analyzing ice cores, and the range of information that can be extracted from them, are always advancing, and so the collecting and archiving of these icy records is of vital importance. Today, for example, ice core science plays a critical role in understanding and preparing for the imminent challenges of climate change.

In 2001 and 2002, the oldest ice-core record ever collected from the North Pacific region was drilled by a team of federal scientists high on Mount Logan’s summit plateau, near the saddle between Prospector and Russell peaks (5,300 metres). The high-altitude site boasted extremely low horizontal ice velocities, meaning that the ice contained little melt or deformation and so climate record was well preserved. Drilled to bedrock, the long 190-metre “PR Col core” gave scientists a window into 20,000 years of climate history, making it one of the most valuable non-polar, high-resolution records in existence for atmospheric climate change in the region.

The University of Alberta is preparing to return to Mount Logan’s summit plateau in May of 2020 and 2021, with the intent to drill an updated core and bring the record to present, as well as to advance other projects by deploying new analytical methods.

Working closely with Parks Canada, and our community partners from the Kluane First Nation, our international, multidisciplinary team consists of ice-core scientists and glaciologists, a historian, a physiologist, and a Parks Canada Visitor Safety Specialist. All are experienced climbers. While a helicopter can sling-load drill equipment up onto the plateau with a pilot on oxygen, the team must climb there over a three-week period, from a base camp at 3,000 metres (following the standard “King Trench” mountaineering route), in order to properly acclimatize and be able to work safely at altitude.

Our initiative involves two separate spring expeditions to the mountain to take advantage of the best weather window. Our first expedition in May 2020 will be a reconnaissance, utilizing ground-penetrating radar that will allow us to look at the internal structure of the ice on the plateau and find the best coring location. In May 2021, with the exact drill site located, we’ll return to the mountain to complete the actual drilling work. This work will add an additional two weeks of living on the high plateau itself.

Two concurrent projects will be carried out alongside the ice-core work: a physiology study, and a historical landscape analysis. First, beginning in September 2019, the Edmonton-based members of the team will work closely with UAlberta sport scientists studying altitude acclimatization performance utilizing a novel training regime. This intensive, pre-trip program seeks to advance knowledge about the use of high-intensity interval training in hypoxia (simulated altitude) to enhance work performance in extreme environments.

The Mount Logan Ice Expedition also seeks to pay homage to the mountain’s early climbing history. In close collaboration with the Mountain Legacy Project at the University of Victoria, the team will follow in the footprints of the mountain’s intrepid first ascensionists and attempt to retake photographs shot during expeditions in 1925, 1950, 1970, and 1992. The ultimate goal will be to create a new, publicly-accessible dataset of paired images (old beside new) that can help document high-altitude landscape change over the past 100 years.