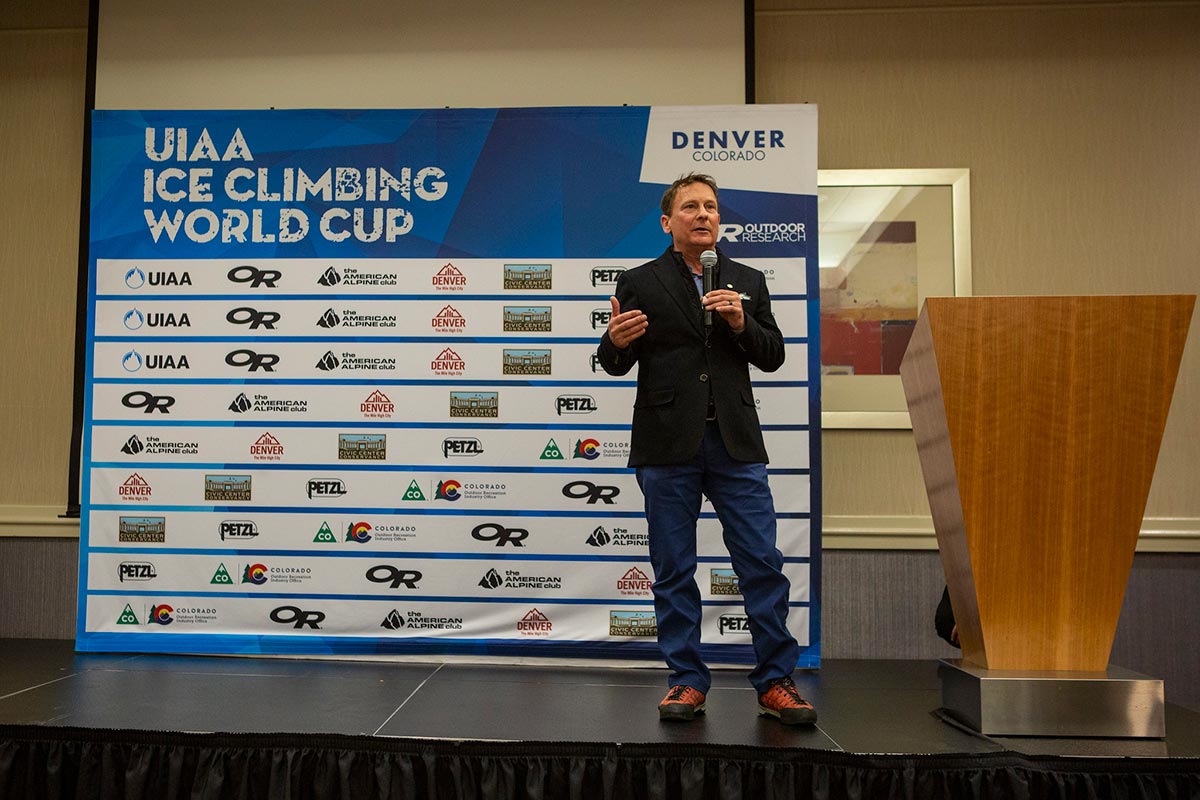 Since his appointment in 2005, Powers has inspired significant change and progress at the AAC – overseeing a constant rise in membership, providing leadership on sustainability topics, lobbying for climbing at a political level, introducing measures to ensure a greater commitment to diversity and inclusion as well as development of the AAC’s schemes to award grants and donations to climbing causes in need.

The AAC, under Power’s tenure, also hosted the 2019 UIAA Ice Climbing World Cup in downtown Denver, an event which drew record crowds in excess of 25,000 over the course of the weekend.

In 2011, following a climb during his lunchbreak, Powers survived a 70-foot fall in Clear Creek Canyon, just up the road from AAC Headquarters. He would later write up an analysis of the incident for the following year’s edition of Accidents. His road to recovery was also the subject of the short film embedded below.

The UIAA congratulates Powers on his excellent stewardship of the AAC and all wishes him all the best for his future endeavours.