UIAA / UIAA  / An inspiring example for a mountaineering company to give back to environment.
In UIAA

An inspiring example for a mountaineering company to give back to environment.

The Environmental Fund tourism agency Icelandic Mountain Guides created has the aim to give back to the nature. Our mission is to support significant improvement to our nature through land management in order for our unique nature to be preserved for coming generations. Iceland has been growing as a tourist destination by 20% per year in the last 3 years. We need to put more effort into land management in order for the unique nature to be preserved for coming generations. The focus is mainly on the areas in which we work and bring our groups and where protection is needed. Several studies have shown a negative impact of hikers in these areas as enlarged walking paths, erosion etc. Our focus is on the trekking route “Laugavegur” in the “Fjallabak region” which is considered by National Geographic as one of the 10 best treks in the world. 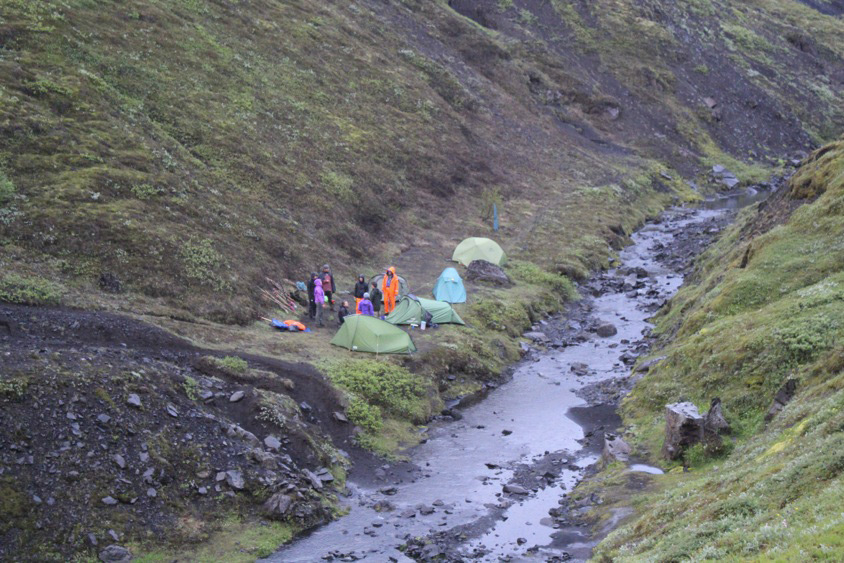 At the moment money sources are limited in Iceland and often unclear who is responsible for protecting and building up facilities. The fund gives the financial support that’s often needed. The attention the fund gets leads to discussions and gets local people thinking about protection, where it’s needed and why. It also educates the company’s staff and so far it has supported one of the projects done by the volunteers of “Seeds” .

In 2013 the company decided to charge an environmental tax (1% of the trip price) for our most popular trek in Iceland, the Laugavegur Trail. As it is the most popular trek in Iceland, there are many people travelling there every summer. The trails have been damaged and the soil has eroded in many places along the path. On the company’s 20th anniversary in 2014 it was decided to support an ongoing project to restore parts of the trail. The total sum of 500.000 ISK went to the maintenance project of the Iceland Forest Service to repair damaged sections of the Laugavegur Trail between Þröngá river and Emstrur.

When the Fund started the company put 13.500 EUR in the fund and since then 1% of the value of every sold seat on “Laugavegur” trek goes into the fund as well as 1% of the annual profit. The clients on the tour know that part of what they are paying goes into protecting the area. Finally, this has gotten the attention of other company owners and the authorities and got them thinking that something more should be done.

The local community is small compared to the large area they are supposed to take care of and not financially strong enough to put money on all the projects that needs to be done in the area, this helps.

At the moment IMG is the only company doing this in Iceland. Since part of the Fund comes from the price of the trip people are aware of the fact that they are supporting and protecting the area they are visiting. Also part of the profit goes into the Fund and not in the pockets of the owners. IMG collaborated with the Iceland Forest service, using the Fund was used to build up hiking paths on the well-known trekking route “Laugavegur” in the Icelandic Highland and the Fund helped paying volunteer work used for the implementation of this project.