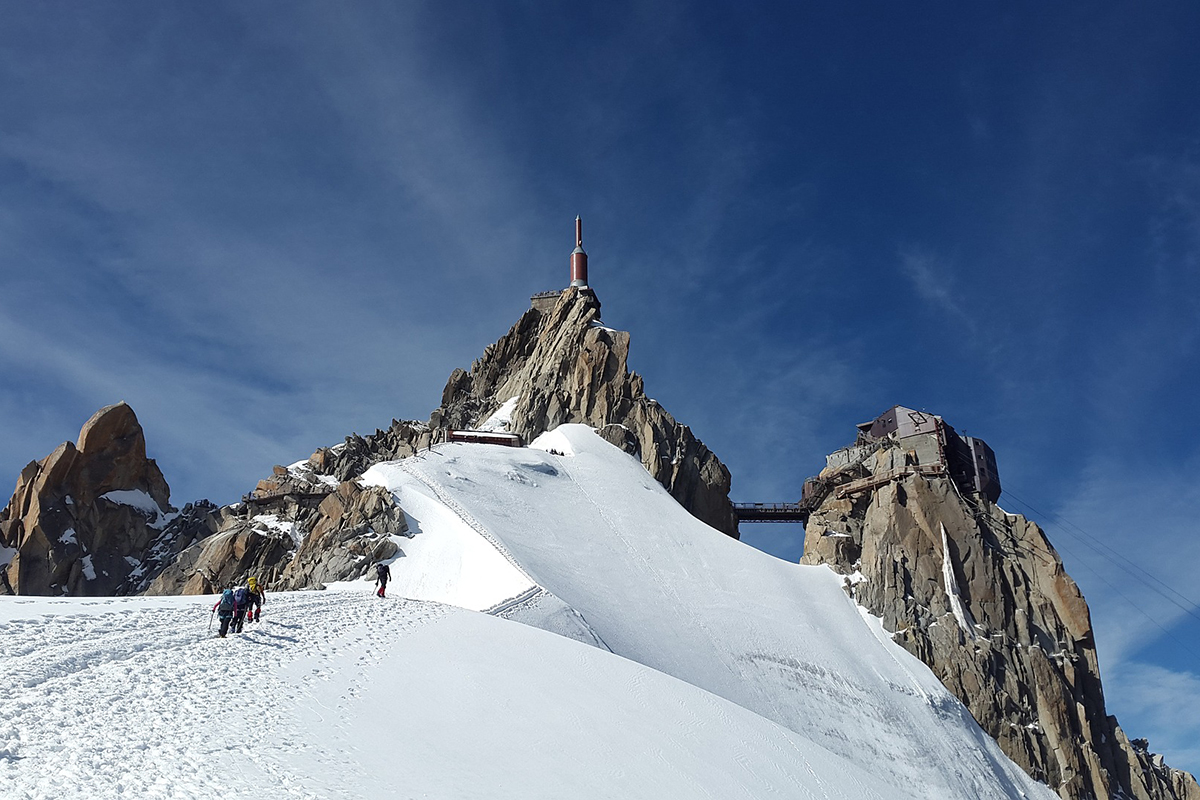 Throughout its proud history, the UIAA has drafted and published several groundbreaking papers and declarations designed to address critical subjects and concerns in the climbing and mountaineering world. A number of these papers celebrate notable anniversaries in 2017 including the 35th anniversary of the Kathmandu Declaration and the 30th anniversary of the creation of the Ethical Code for Expeditions.

The Kathmandu Declaration, published in October 1982, ‘focused on the protection of the mountains as well as the population of the host countries and environment’. Five years later there was a desire for this declaration to be supported by a specific code for expeditions. This text was adopted by the UIAA Advisory Committee and the General Assembly in Marrakesh on 9 October 1987. The message of both declarations remain as pertinent today, if not more so, as they did some thirty years ago.

As Pier Giorgio Oliveti, UIAA Executive Board and Club Alpino Italiano (CAI) member, explains: “The Kathmandu Declaration was undoubtedly a significant milestone in modern mountaineering in terms of its approach to ethics and defense of the environment. It provided structural guidelines for the mountaineering world in relation to its relationship with mountain communities.”

1. There is an urgent need for effective protection of the mountain environment and landscape.
2. The flora, fauna and natural resources of all kinds need immediate attention, care and concern.
3. Actions designed to reduce the negative impact of man’s activities on mountains should be encouraged.
4. The cultural heritage and the dignity of the local population are inviolable.
5. All activities designed to restore and rehabilitate the mountain world need to be encouraged.
6. Contacts between mountaineers of different regions and countries should be increasingly encouraged in the spirit of friendship, mutual respect and peace.
7. Information and education for improving the relationship between man and his environment should be available for wider and wider sections of society.
8. The use of appropriate technology for energy needs and the proper disposal of waste in the mountain areas are matters of immediate concern.
9. The need for more international support – governmental as well as non-governmental – to the developing mountain countries, for instance, in matters of ecological conservation.
10. The need for widening access to mountain areas in order to promote their appreciation and study should be unfettered by political considerations. The original Ethical Code for Expeditions declaration stated that the expedition must:

1. Respect the regulations of the host country. This means that before it enters the Host Country it must be fully aware of the regulations, and have the means and the equipment to comply with them. The expedition must be prepared for all aspects and needs of their trip.
2. Respect the 1982 Kathmandu Declaration.
3. Maintain and develop the sporting nature of expeditions in the pure spirit of Alpinism, which implies that the expedition will:
• adopt logistics and tactics in line with the evolution of modern Himalayan climbing.
• avoid the use of financial or material means which are out of proportion to the target.
• refuse to use artificial means or drugs, even in order to achieve success.
4. Whatever tactic and strategy are adopted, behave in a way which preserves the safety of all, especially valley porters, HA porters, expedition members, etc from the host country.
5. Ensure that expedition members from the host country take part as much as possible in the expedition’s technical activities in order to start or extend their training in alpinism.
6. After the expedition, give true, objective and precise information about the progress of the expedition, the problems encountered, the results obtained and any useful documentary information.
7. Avoid the alteration or exaggeration of facts, especially for publicity purposes, in any articles about the expedition, as well as in the media.
8. Give evidence of solidarity and mutual aid, not only within the expedition, but also with local people and other expeditions which might be in trouble.
9. Respect the equipment etc of other expeditions and refrain from using them without their approval.
10. At the end of the stay, in the spirit of the Kathmandu Declaration, leave the mountain as clean as possible, especially in the matter of removing fixed ropes, HA camps, etc.

Challenges today
At the UIAA General Assembly in Pontresina, Switzerland in 2013, Assembly, Mr. Ang Tshering Sherpa, chairman of the Nepal Mountaineering Association (NMA) and UIAA honorary member, expressed concerns about the effects of climate change on the resources of the earth in general, and in particular its impact on mountain lives, particularly given the effects in these areas are the most profound. The Kathmandu Declaration still provides a strong framework when addressing present issues like this concerning the protection of the mountain environment but as Oliveti continues the commitment needs to be supported by direct actions: “This concern must be followed by a concrete proposal to understand the phenomenon behind it and improve the compare and contrast strategy. In this sense, the global mountaineering community with its wealth of skills, knowledge and experience can provide a valuable help.”

Concrete actions
Today the UIAA helps reinforce the messages presented in these two papers through the dedicated work of its Commissions, its Climber’s Manifesto, and specific projects. These range from its work promoting safe climbing practices and enforcing worldwide training standards, support in resolving specific access issues, and the annual Respect the Mountains and Mountain Protection Award campaigns.