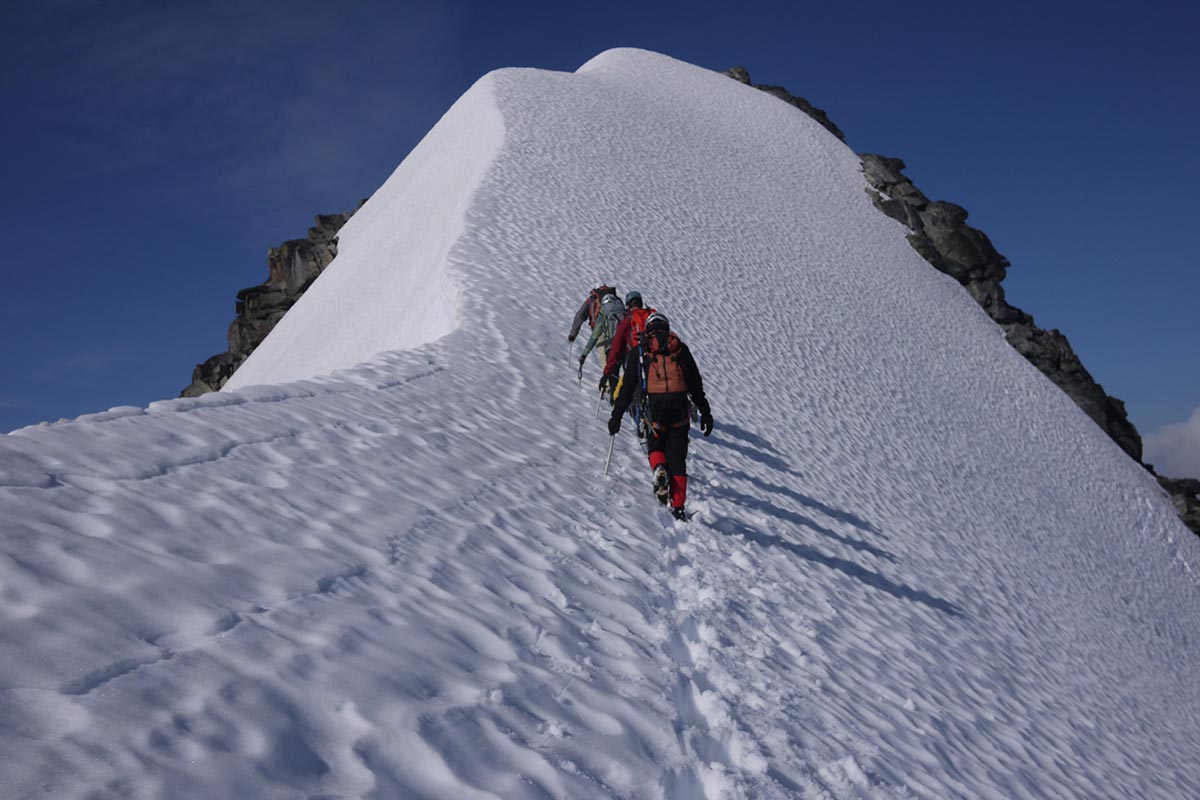 BACKGROUND: UIAA AND THE UNFCCC SPORTS FOR CLIMATE ACTION FRAMEWORK

In September 2022, the UIAA signed a pledge as part of its engagement in the United Nations Framework Convention on Climate Change (UNFCCC) Sports for Climate Action (S4CA) Framework, of which it has been a signatory since 2019. The pledge, known as the Sports for Climate Action Commitment, invites signatories to the S4CA to adopt targets and requirements to limit and reduce greenhouse gas emissions associated with core activities, and track this progress over time.

On the occasion of International Mountain Day (IMD) 2022, the UIAA is consolidating information on what it has achieved so far and the challenges which lie ahead.

Signing the S4CA Framework back in 2019 meant a commitment to adhering to a set of five principles and incorporate them into strategies, policies and procedures. These are:

Regarding (1), this has been an inherent concern of the UIAA since its foundation in 1932; a priority that also been demonstrated by the founding of the UIAA’s own Mountain Protection Commission in 1969 to support this work. Concerning (2), the UIAA commenced tracking its carbon footprint in 2018 and each year has increased the level and accuracy of this reporting. With this baseline the UIAA is now looking into ways to further reduce its impact. Regarding point (3), the UIAA has pledged to lead on this, on behalf of its members associations and wider mountaineering community. This has recently been solidified in the creation of a UIAA-wide Climate Change Taskforce. Points (4) and (5) will be a key deliverable for this Taskforce.

As further context, in 2015 at the COP21, the UNFCCC, the UIAA together with experts and partners, proposed a ‘Declaration on Mountain Change for COP21, ensuring the vulnerability of mountains be recognised in the final Paris Accord’. The goal was to raise awareness about the impact of climate change in the mountains.

Under the S4CA Framework, the UNFCCC asked signatories to pledge their commitment towards a concrete goal. The UIAA signed the commitment letter following its Management Committee meeting in August 2022. All levels of the UIAA agreed to highlight the need in protecting our vulnerable mountains through immediate climate action.

By signing the commitment letter and to ensure a consistent process and to incentivise action, all S4CA signatories are requested to adhere to the following process:

For more about the UIAA Mountain Protection Commission click here.