“Keep Snow Clear” is a traditional voluntary ecological operation aimed at removing litter from the glacier of Lenin Peak (7,134 m, Pamirs, Kyrgyzstan). In 2014 we successfully held our first ecological campaign; about 344 kg of litter were carried down from the high altitudes of Lenin Peak (the Lenin Peak glacier (4,400 m) and two high-altitude camps, Camp 2 (5,300 m) and Camp 3 (6,100 m), which are afterwards forwarded for recycling.

The goal is to clean the Peak Lenin’s area and involve more and more climbers and mountaineers. 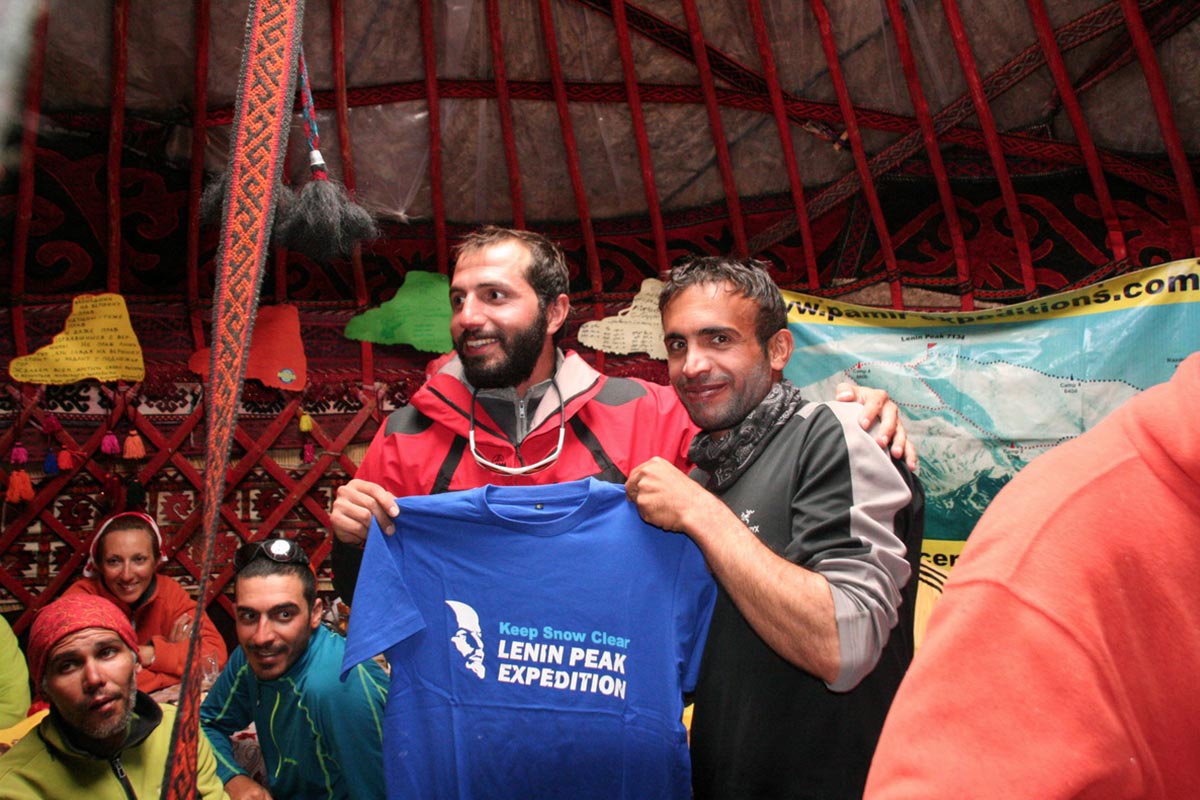 Organised each year since 2014, the project rewards volunteers who remove the litter. The goal for each participant is to collect as much litter as possible, give it to the Organizers at the acceptance point (Central Asia Travel Camp 1) and score points. One point equals one kilogram of litter. Every participant himself collects and carries litter to the acceptance point.

In the course of the 2014 climbing season, 38 voluntary mountaineers and ordinary travellers had come from Russia, Iran, Brazil, Macedonia, Serbia, Croatia, Kyrgyzstan, Uzbekistan and Kazakhstan, participated in the event. In 2015, Central Asia Travel decided to continue its ecological campaign, and about 100 kg of litter were carried down for disposal. Unfortunately there are still heaps of litter scattered all over the snow-white slopes is a truly disgusting sight! Kilograms of plastic bags and other waste to be preserved by the glacier for the following generations… This action is a right, necessary and timely deed.

Central Asia travel chooses to involve mainly tourists in order to encourage them to protect the area. 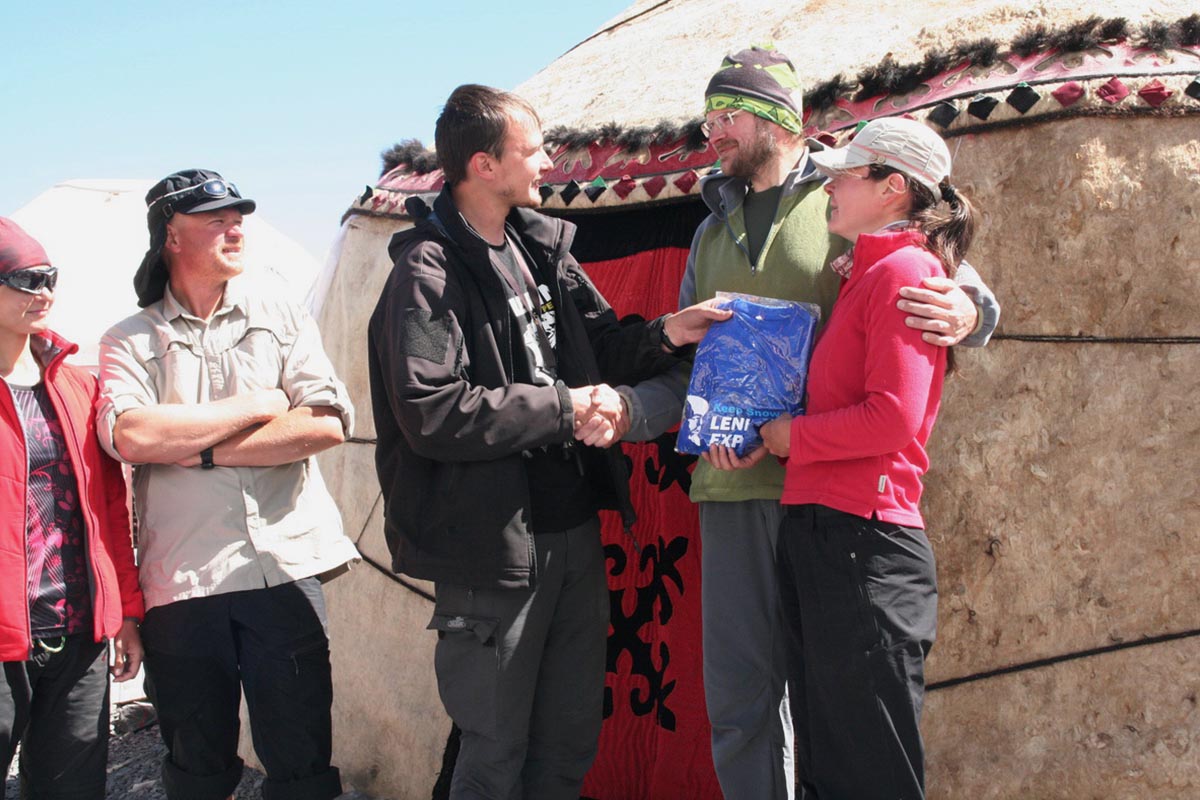 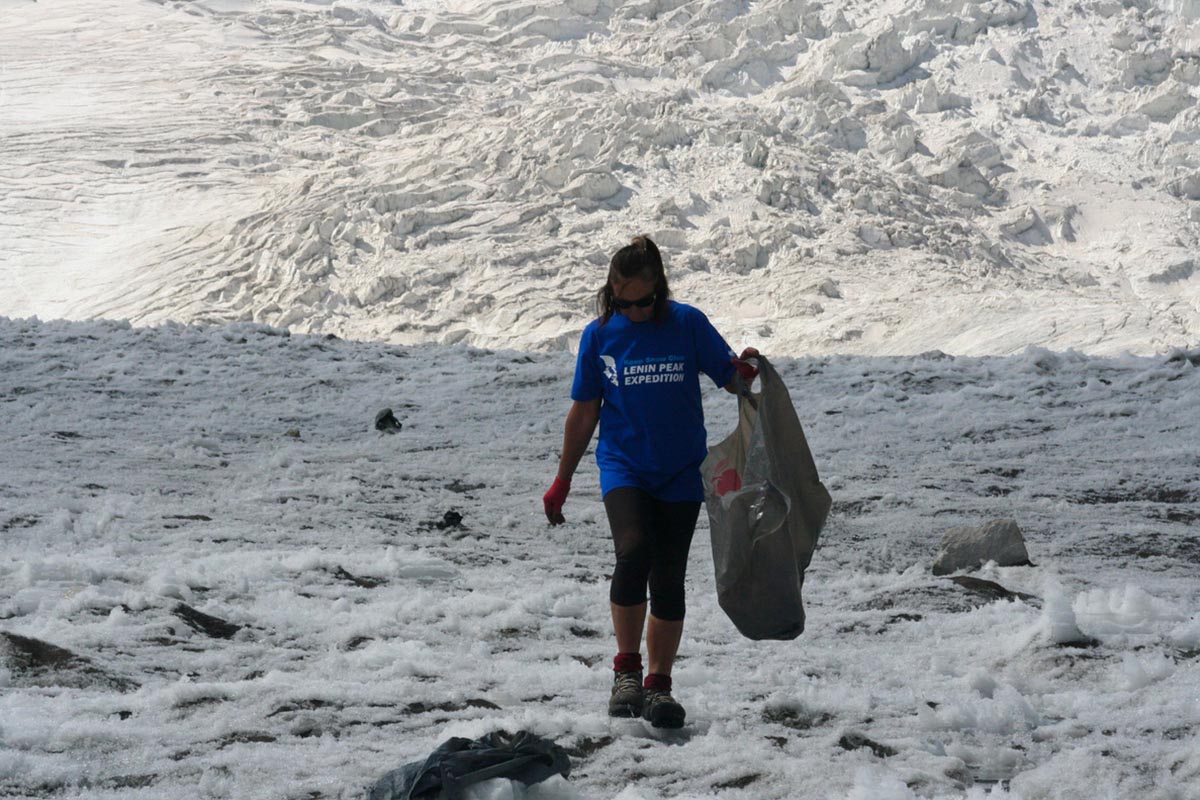 Anyone can participate by filling a form. Central Asia Travel welcomes also any equipment which can help gather and transport the litter. Any help is gladly accepted.