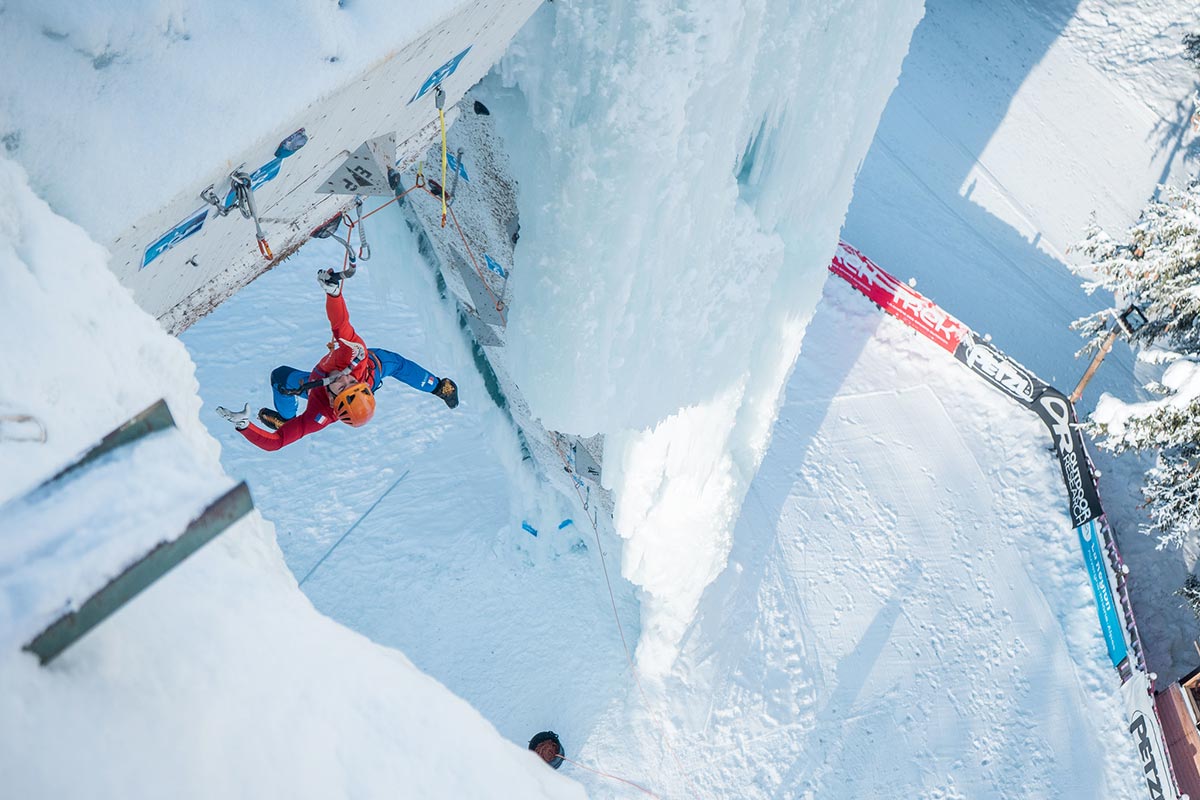 In response to the evolving Covid-19 situation, the UIAA – International Climbing and Mountaineering Federation – has made further changes to the calendar for its current 2021 Ice Climbing season.

In November, the UIAA confirmed that no World Tour would be held during the winter of 2020-2021, and instead would be replaced by Continental Competitions with the highlight being the three-week Tour des Alps, a mini-series which would see athletes take on three European Cups and ice climbing community days while staying in their own travel ‘bubble’.

However following recent discussions with organisers and a review of current travel restrictions and rules in Switzerland, the Tour des Alps has unfortunately had to be shortened and of the planned events only the European Championships competition in Champagny-en-Vanoise, French Alps (22-24 January) will be held. The programme for Champagny can be found here. In a positive development, the UIAA is putting plans together to host two competitions on its platforms around the weekend of 23-24 January. While athletes in Europe take on the famed ice walls of Champagny (a stream of the speed and lead finals will be published on the UIAA YouTube and Facebook channels shortly after the competition on 25 January), the historic Ouray Ice Festival, Colorado, will be hosting its 26th edition.

Due to Covid-19 restrictions, no spectators will be allowed to attend the event. In response the Ouray Ice Park team are assigning more resources to its livestream of its Ice Climbing competition, with the UIAA supporting international distribution by sharing the action on its platforms. The finals of the Mixed Climbing event from Ouray will be broadcast on Saturday 23 January. The stream is scheduled for 11:00-14:00 MST, 18:00 – 21:00 GMT. The updated calendar of UIAA organised events can be found on the UIAA Ice Climbing page. Live results will be available here.

Two European Cups – in Slovakia and the Czech Republic – were held in December 2020. These competitions primarily featured local athletes.

“Organising the current season has come with considerable challenges but we are delighted to offer athletes and fans the opportunity to still engage with at least one top ice climbing event,” explains Rob Adie, UIAA Sport Events Coordinator. “We have worked hard with organisers and authorities to put measures in place which will offer a platform for safe competition. We are also working hard to ensure the 2021-22 season, following the disruption caused this year, becomes the biggest and best yet.”

The status of the two scheduled events in Russia, including the World Youth Championships in Tyumen will be communicated shortly.