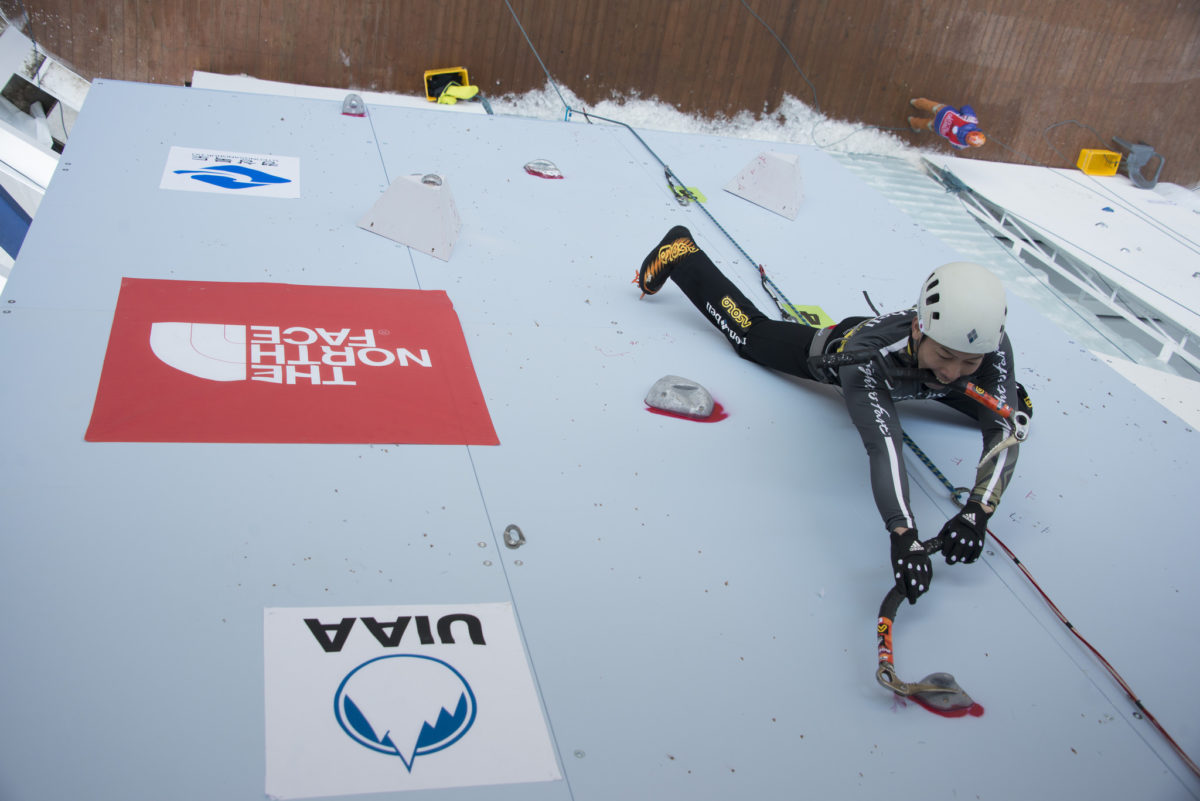 The third event of the 2017 UIAA Ice Climbing season, partnered by The North Face Korea, takes places in Cheongsong from 14-15 January.

Livestreaming will be available from the semi-finals and finals of the lead and speed events.

Cheongsong is one of the most popular destinations on the UIAA Ice Climbing World Tour, renowned for its magnificent, state-of-the-art ice structure; its warm hospitality; and the fervent interest in ice climbing which prevails in Korea.

As the 2017 UIAA Ice Climbing World Cup reaches its halfway mark, athletes will see this as a key weekend in establishing a firm grip, or mounting a challenge, on the leaderboard. In doing so, they will need to brave the subzero temperatures and myriad of technical and tactical challenges on ice. Close action in the men’s speed competition in Beijing

A Korean athlete – Woonseon Shin – holds the advantage in the women’s lead competition. With a gold and silver to her name she enjoys a slender 40-point advantage over the imperious Maria Tolokonina. Eager to claw back on the leaders are Italy’s Angelika Rainer and two Korea-based athletes, Han na rai Song and Ireland’s Eimir McSwiggan, the latter enjoying her best season to date.

The speed competition enters its second event of the season. Radomir Proschcheko’s gold medal in Beijing makes him the athlete to beat while eyes will be focused on whether defending World Cup champion Maxim Tomilov can climb the standings from eleventh place. Following their fascinating duel last weekend, Ekaterina Koshcheeva and Tolokonina are likely to have a major impression on the women’s competition.

Strap yourselves in for another action packed weekend on ice.

The full programme is available here.

Live results, and current standings, can be found on a dedicated page on the UIAA website.

The official hashtag is: #uiaaiceclimbing