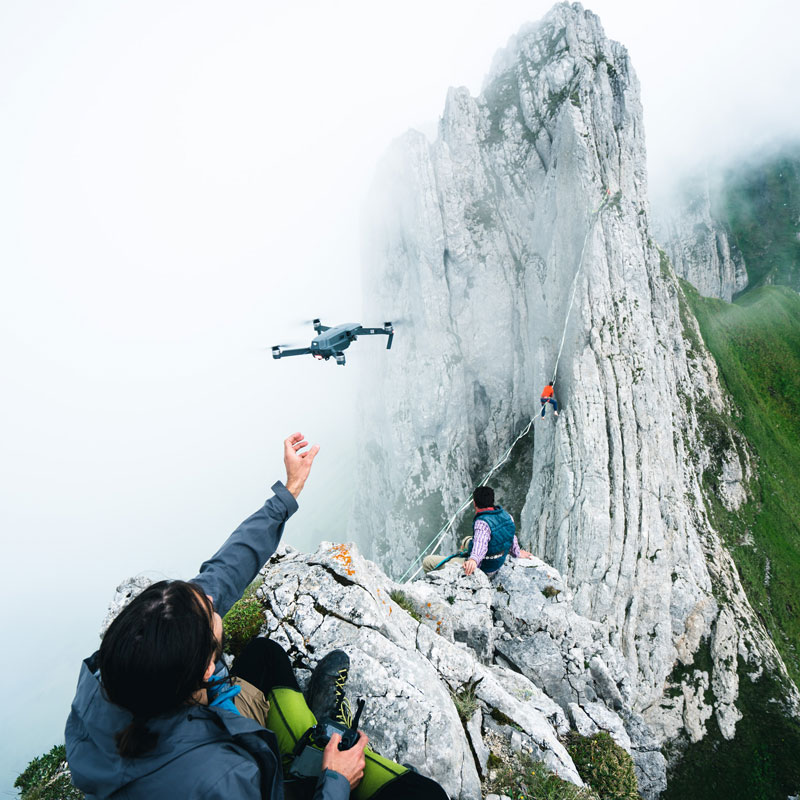 In order to adhere to the fundamental principle of “Leave No Trace”, while still being able to explore harsh environments, Exped Tribe proposes a solution to remove waste from mountain areas using commercial drones. Upon testing current technologies and their feasibility, the organisation wants to define best practices and create guidelines for adventure tour operators and expedition companies at a global level to evacuate generated waste without relying on helicopters, manpower or animal power.

The vision is that in the future all tour operators and expedition organizers will dispose of their generated waste through the support of commercial drones. Exped Tribe wants to test current technologies and their feasibility as it launches its company, as organizers of commercial expeditions and Swiss-based adventures. This should help to define where limits and possibilities lay.

The final goal is to be able to define best practices and create guidelines on a global basis for adventure tour operators and expedition companies in mountainous regions, to evacuate part or all waste that members, porters and guests generate through their actions. This will lead to avoiding waste of resources (e.g. Helicopter fuel etc.), manpower and animal power (e.g. groups trying to carry down waste from previous groups, Yaks etc.), but more than all to adhere to the fundamental principle of “Leave No Trace”, while still being able to explore harsh environments. As technologies evolve, the organisation wants to make this an ongoing small commitment towards sustainable tourism and towards the mountains, many heavily rely upon.

Exped Tribe wants to implement the approach right away for its commercial offers in Switzerland.

In a first step, technical limits of carried weights and max reach that drones can achieve will be tested, by bringing these along during expeditions/adventures and to step by step evacuate the waste created to designated areas.

In a second step, during winter 2021, the organisation wants to go one step further by recreating conditions that are not optimal for operating drones, such as freezing temperatures and higher altitudes, still being able to achieve waste evacuations, of bigger sizes and weights (thus recreating real-life situations found during expedition travels with several guides/athletes at high altitudes). The organizers expect to most probably have to rely on commercial drones for such endeavor.
Depending on the testing outcomes: e.g. how much easier this translates in recovering waste and leaving no trace in the mountains for tour operators, as well as the resonance these practices generate in the alpine community, further action will be taken towards step 3.

Step 3 is the creation of a guideline for organizations willing to work with commercial drones for waste evacuation during their expeditions abroad/tour organization in mountainous environments. This will have the form of a document containing the tests pursued during phases 1 and 2 as well as recommendations for operating in a sustainable and economically achievable way. Step 4 is publishing the documents and sharing them to make them a standard practice, a widely accepted way of working on a worldwide basis to respect the principle of “Leave No Trace”. 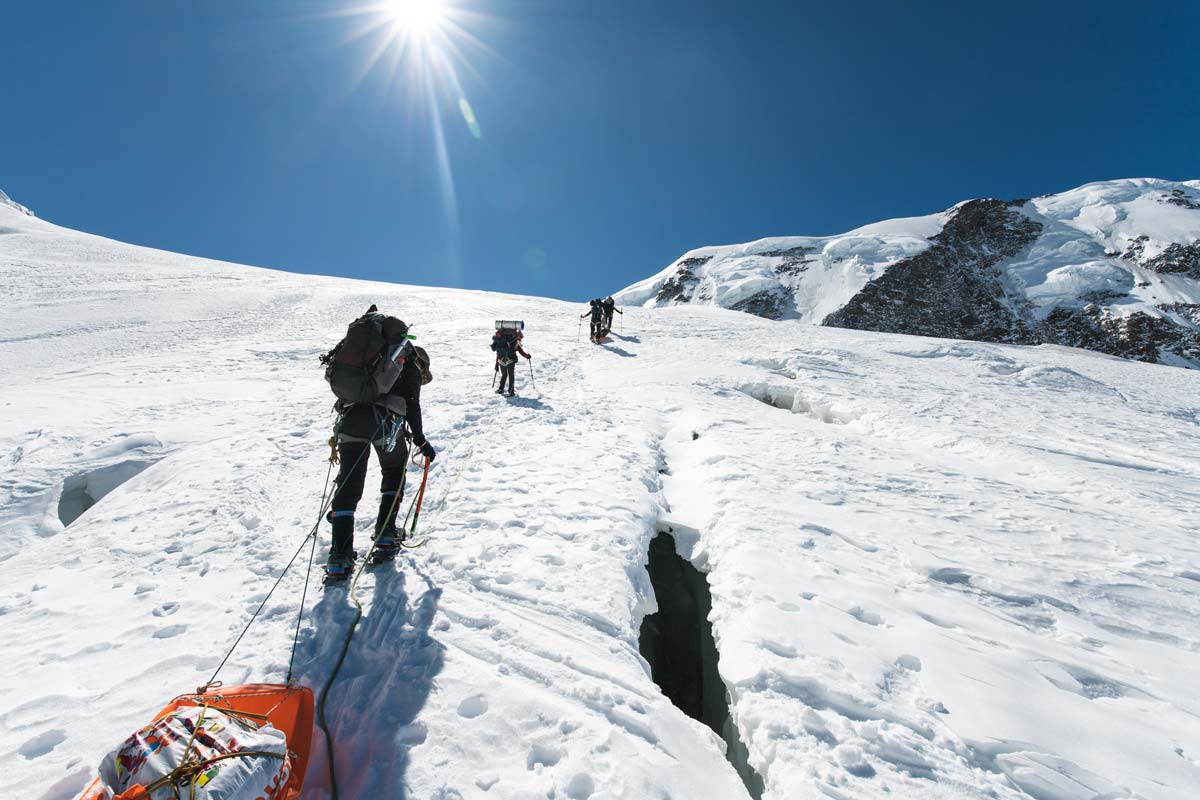 The project involves mainly the mountaineering, climbing and slackline community, as the issue of waste management is well known and widely spread in the Himalayan region. In an analogue manner, the issue of waste left at base camps should at all costs be avoided in the times that follow the Covid pandemic, which could see a rise in demand for expedition travels to further areas of the world. As climbing, mountaineering and highline tour operators, Exped Tribe aims at addressing this issue first to fellow Alpine friends.

As it involves high costs and first-hand testing, this project goes beyond business as usual. It is linked with higher costs involved in offering tours as well as logistical and legal complications in the countries where operation and testing will take place. Nonetheless, Exped Tribe firmly believes it can lead to a groundbreaking approach in the way waste is disposed of in Alpine environments.

At the present moment, the organisation aims at developing the practice within the own scope of business. A collaboration with Swiss and global UIAA members and local guides would be relied upon in the future, to further develop the idea and speed up the process. Furthermore, Exped Tribe will heavily rely upon collaborations with regional and national authorities to make guidelines an accepted standard.