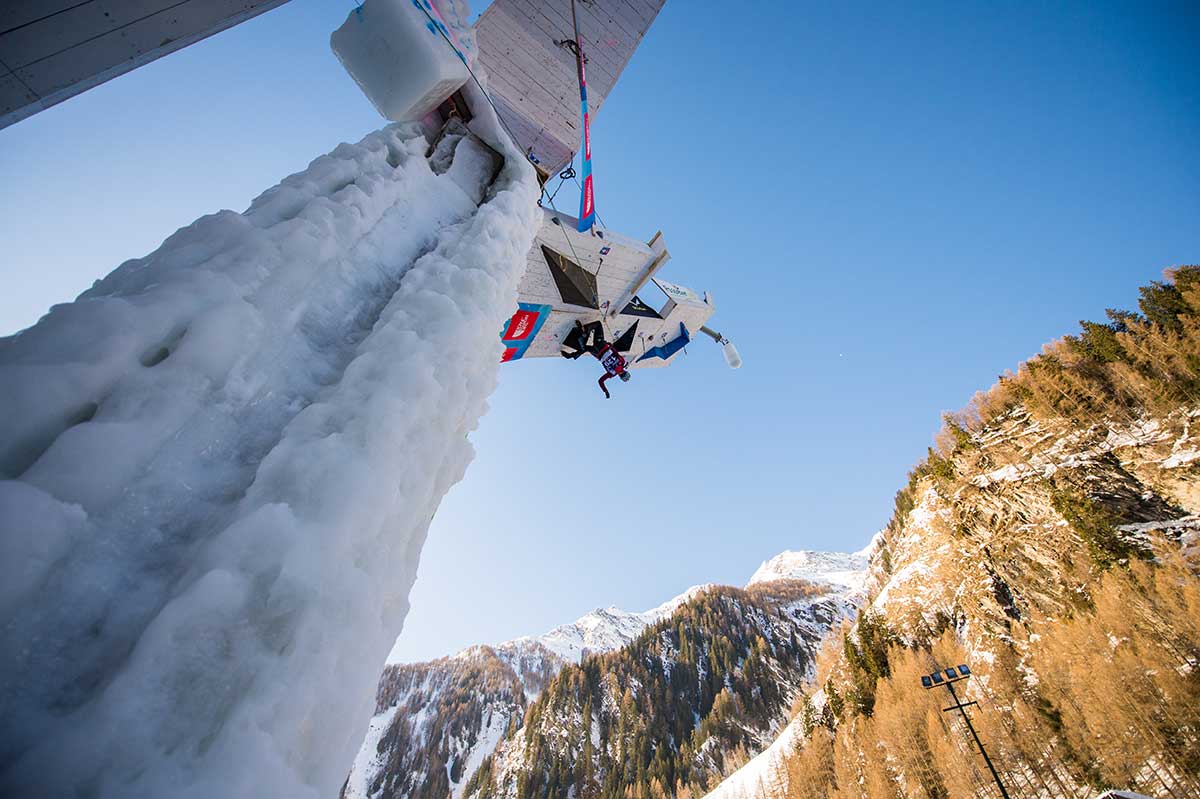 The UIAA is delighted to confirm the calendar for the 2019 Ice Climbing World Tour.

Comprising a comprehensive and impressive programme of events, the 2019 calendar is the biggest to date and includes six World Cup events, four European Cups, a World Championships, a World Combined Championships and a World Youth Championships. The World Tour will visit ten different countries on three continents and features two events taking place in major cities – Moscow and Denver.

“The 2019 season promises to be the biggest and best yet with a diverse and exciting array of competitions and events which will provide athletes with even greater opportunities to showcase their talents. Not only is this the biggest season to date it is also the earliest we have published the seasonal calendar – something of great benefit to the athletes and thanks to the hard work of the UIAA Ice Climbing Commission and UIAA Office,” explains UIAA Executive Board Member and Head of Sports, Thomas Kahr.

“It has been great working with the local organisers to put together an amazing calendar for the 2018/19 season, with an exciting blend of world class venues. From the mountain resorts of Saas-Fee, Rabenstein and Champagny-en-Vanoise to some great new city centre locations in Moscow and Denver which should hopefully bring some big crowds on the livestream and on location! Saas-Fee will celebrate the 20th anniversary of their event this year, so this World Cup will be very special too,” explains UIAA Sport Events Coordinator Rob Adie.

As confirmed in a communication in April 2018, YoungOne Corporation will continue to partner the UIAA Ice Climbing World Tour until 2024. The brand(s) visible during the season will be confirmed in due course. World Cups: Six events, six countries over a seven-week period. The middle of the season is dedicated to an uninterrupted run of World Cup events starting in South Korea’s apple county of Cheongsong from 11-13 January, closing with the World Cup finale on the competiton’s return to the United States. The event in the city of Denver, Colorado from 22-24 February is a first. A returning entry is Beijing (Chins) which hosted its first competition in 2017. Well-established and popular World Cup venues Saas-Fee (Switzerland), Rabenstein (Italy) and Champagny-en-Vanoise (France) complete the World Cup season.
The defending World Cup champions are Woonseon Shin (South Korea) and Maxim Tomilov (Russia) in lead and Nikolai Kuzovlev (Russia) and Ekaterina Koshcheeva (Russia) in speed.

European Cups: Four European Cup events will be held with three venues confirmed from last year’s calendar – Domžale (Slovenia), Bratislava (Slovakia) and Oulu (Finland), whose event will take place immediately following the conclusion of the World Youth Championships. A new entry is the city of Bern, Switzerland, home of the UIAA, and host of the World Tour season opener on Saturday 24 November, 2018. Three of the European Cup events take place before the start of the World Cup season, providing athletes with an ideal opportunity to enjoy competitive ice climbing before the main events start.

The provisional calendar can also be downloaded here.

(*) Please note the calendar may be subject to some changes. This calendar is correct as of 9 November, 2018.

ADDITIONAL INFORMATION
2019 Athlete rules and regulations, and a summary of key amendments, will be available soon.

The UIAA will provide livestreaming from all World Cup and World Championship events. Details will be provided very soon.

Athlete registration will open on 1 November.