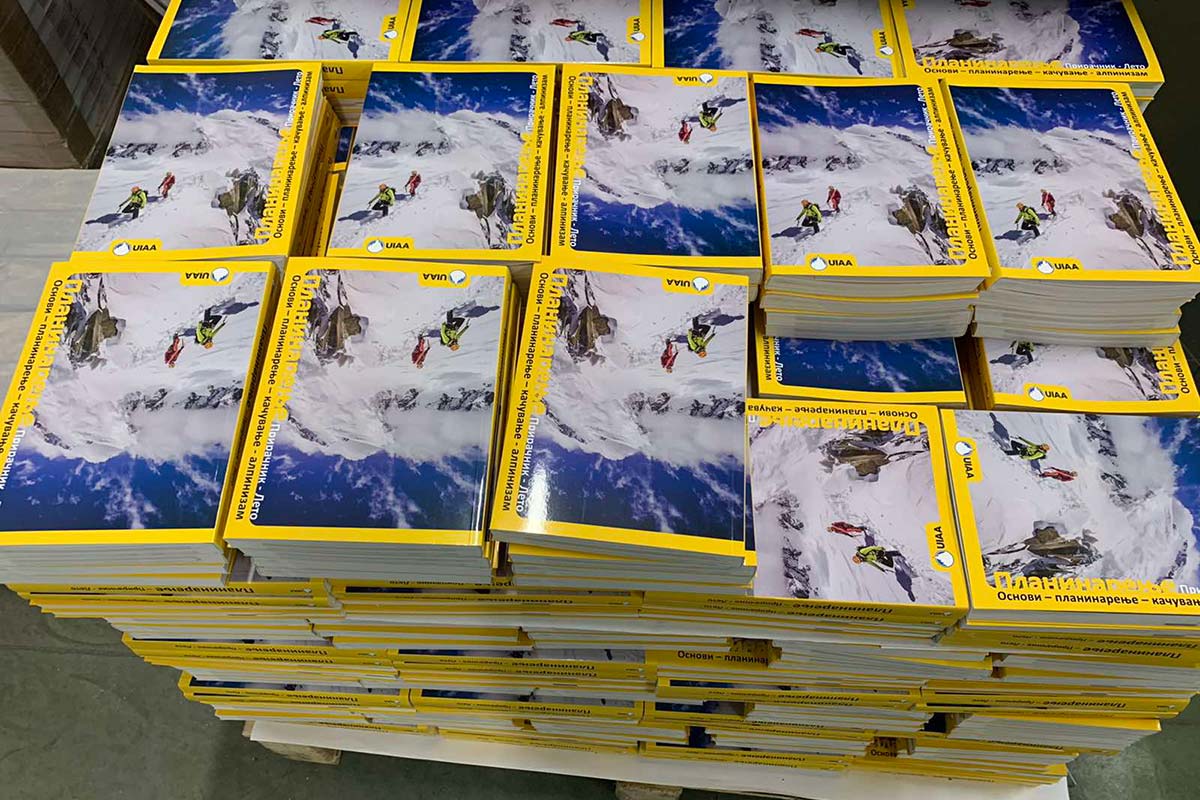 After almost two years of translation, editing, proof reading, photo research, graphic design and printing, the Mountaineering Federation of North Macedonia (FPSM), in cooperation with the UIAA and with technical support from The Petzl Foundation, has published the Macedonian language version of the UIAA Alpine Skills: Summer Handbook. On 27 September it was officially made available to Macedonian mountaineers, climbers and alpinists.

Currently, the Handbook has been translated into 12 languages. It is available to members of mountaineering federations and clubs in French, English, Turkish, Korean, Mongolian, Chinese (Taiwan), Serbian, Czech, Japanese, Albanian, Romanian and now in Macedonian. Seven additional translations are in progress: Spanish, Farsi, Greek, Portuguese, Indonesian, Arabic and Ukrainian. Early this year an agreement was made for a translation into Lithuanian, which would become the 20th language in total.

“After carefully reading the handbook, the most skilled mountaineer and the one who thinks they know everything about mountaineering, rock climbing and alpinism, will realise that there is much more to learn or upgrade the acquired knowledge and experience,” explains Prof. dr. Jovica Ugrinovski, FPSM President.

“During the one-year work on the translation, I faced many dilemmas, especially with the translation of the technical terms for which, at least so far, for some of them there were no established terms in the Macedonian language. The practice so far, especially among climbers, has been to use English/French terms which, to some extent, have been adopted in everyday communication,” reveals translator Katica Garoska-Acevska.

For further details and to purchase a digital version of the English language version click here.