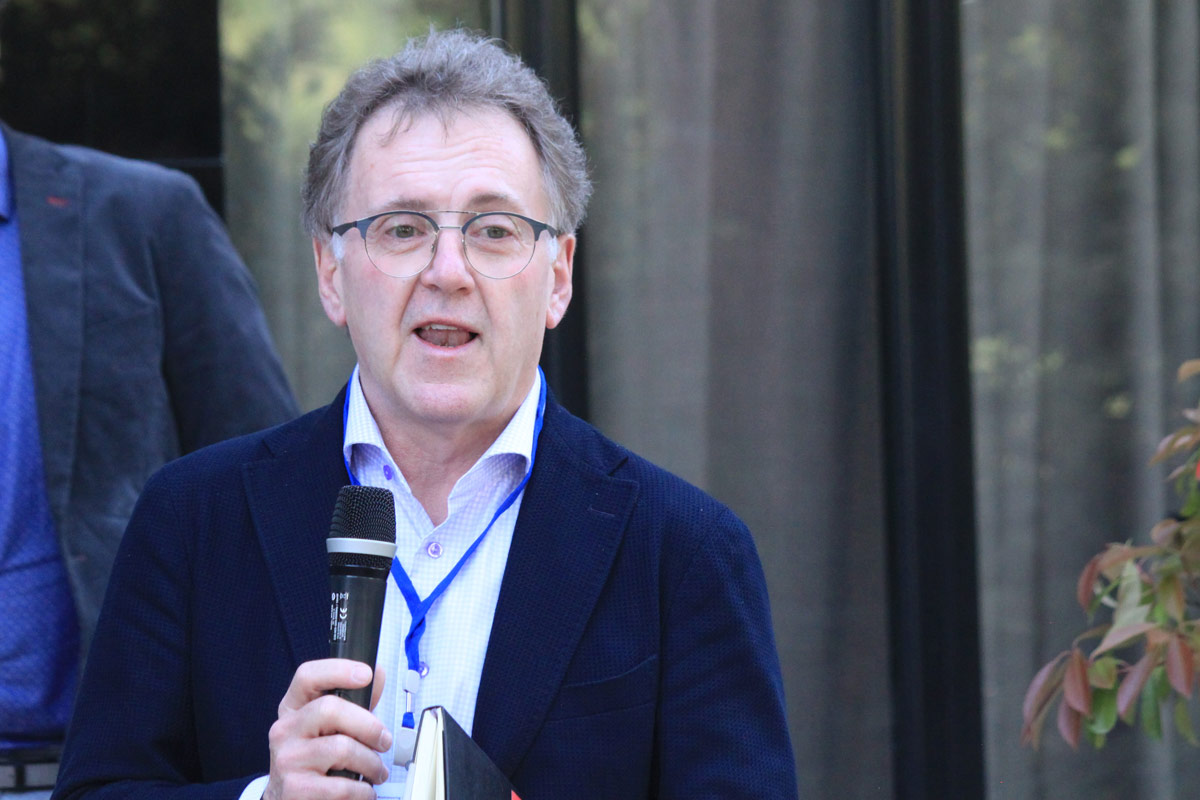 Skopje, North Macedonia, became the centre of European climbing and mountaineering when hosting the UIAA Spring meetings from 29 April – 3 May. The event was the first major UIAA in-person gathering since the Covid-19 pandemic began.

In addition to UIAA Executive Board and Management Committee meetings, the General Assemblies of the European Mountaineering Associations (EUMA) and the Balkan Mountaineering Union (BMU) were also held. Collaboration was positive between all three organisations with a number of networking opportunities provided. The event was hosted by the Mountaineering Federation of North Macedonia (FPSM).

Delegates from a number of climbing organisations came together for the official meal organised by the hosts. Credit: FPSM

Collaboration between the three organisations included a special break-out session on Climate Change. All three organisations, and a number of their members, provided updates about their own commitment to tackling climate change and the challenges involved. The topic was also afforded significant time during the UIAA Management Committee meeting as the UIAA considered its immediate priorities. Earlier this year, the UIAA set-up a dedicated Climate Change Taskforce, whose initial brief centres around the following four goals:

During the break-out session, a number of themes were addressed.

Peter Muir, UIAA President, admitted that for all international sports organisations the challenges are significant and need to make up for lost time is paramount. One of the considerations for the UIAA will be how to act as an environmentally responsible organisation without impacting on its own ability to operate and serve its members. Muir pointed to the set-up of the Climate Change Taskforce as a fundamental moment for the UIAA and pledged regular updates on its findings and progress.

Josef Klenner, President of the German Alpine Club (DAV)/UIAA Management Committee, addressed the work the DAV has undertaken as one of the leading federations in committing resources to monitor and tackle climate change. Klenner reflected on the DAV’s findings that mobility was clearly the biggest cause of carbon emissions and how the federation was establishing solutions and measures to reduce its carbon footprint in this area. This extends to programmes to encourage its own members to consider how the travel to mountain areas. The DAV’s work will become a standard bearer for many other federations. 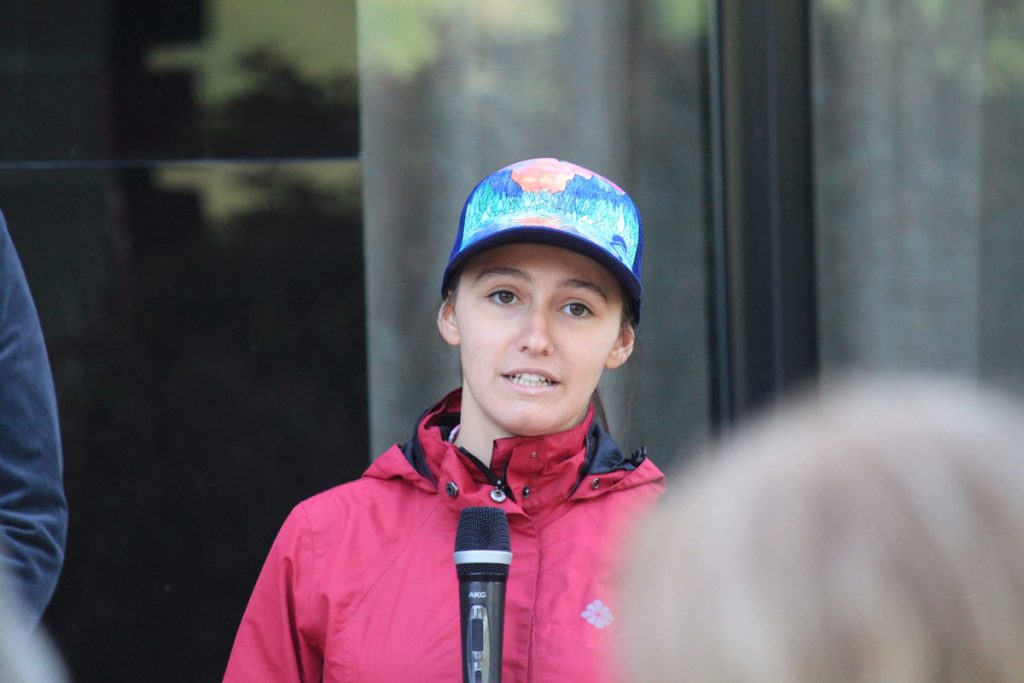 Mrika Nikçi, UIAA Youth Commission, raised the subject of how to empower youth to lead action on climate change. Nikçi, 21, became the youngest women to complete the ‘Seven Summits’ in 2019. She witnessed first-hand the devastating retreat of many glaciers. Her views were supported by Jean Miczka, the youngest member of the UIAA Management Committee. Miczka identified the need for federations to run more educational programmes in the mountains akin to the project undertaken by the Swiss Alpine Club which won the UIAA Mountain Protection Award in 2019. Miczka also addressed the need to promote sustainable mountain tourism and to tackle the issue of falling populations in mountain villages. 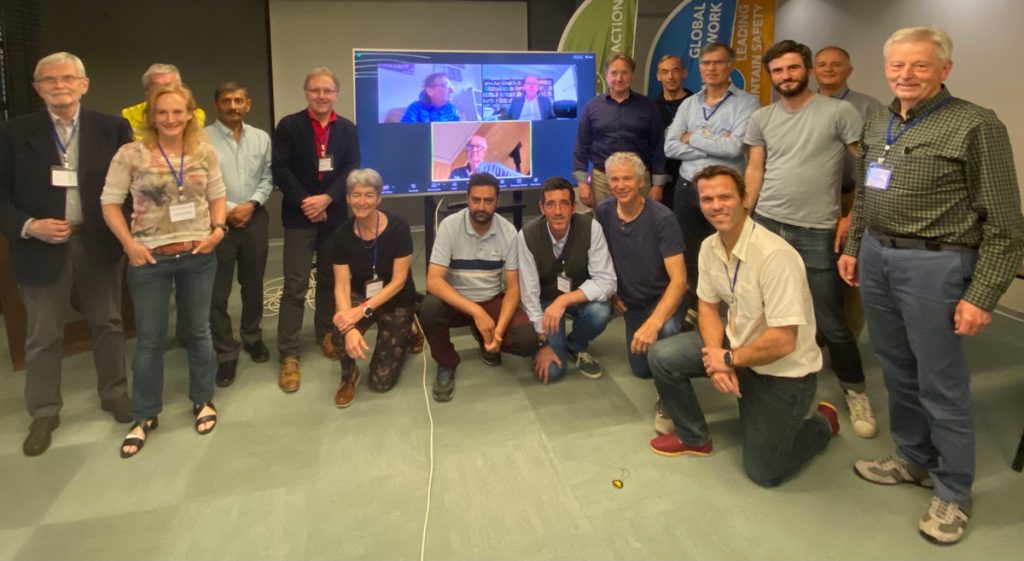 Ingrid Hayek, representing EUMA as Vice-President and the Austrian Alpine Club, provided a passionate speech identifying the challenges for all people to understand the impact they are making and how better to understand our climate offset in tangible terms. Hayek presented information about the goclimate.com website which offers all people the opportunity to measure their impact on the environment. Hayek also detailed the work the Austrian Alpine Club has undertaken in measuring the impact of climate change on glaciers in Europe. This was recently promoted in the UIAA Global newsletter.

Juan Jesús Ibañez Martin, representing both the UIAA Management Committee and EUMA as Vice-President, identified how it is possible to host competition sports while respecting mountain protection. His case study was skyrunning events in Spain where collaboration between national parks and competition organisers has worked effectively and can be a model for other parts of the world.

One of the other fundamental aspects of Spring Meetings, was updated progress from the UIAA Commission Presidents.

A report from the recent UIAA Ice Climbing World Tour was provided highlighting primarily the success of the UIAA Ice Climbing World Championships in Saas-Fee, Switzerland. Another triumph was the European Cup series which allow a significant number of athletes an eventual pathway into World Cup competitions. This model will be replicated more widely on other continents.

Due to Covid-19 the season the programme for the recent season was reduced and further impacted by the cancelling of the World Cup in Cheongsong. The final events of the season in Russia were immediately cancelled by the UIAA following the outbreak of the war in Ukraine.

The Commission is working on delivering the provisional schedule of events for the 2022-23 season and is working closely with the Mountain Protection Commission on the further implementation of sustainability measures in competition.

MedCom recently published details of a women in mountaineering conference it is organising in Pontresina, Switzerland from 10-11 September. Spaces are limited – programme and registration details can be found here.

Following the success of its water safety video, MedCom will shortly release a video on how to prevent altitude sickness. The Commission has two working groups working hard to deliver revised papers on women in mountaineering and advice for travelling with children.

MountCom has invested significant time in the continued progress of the Mountain Worker Initiative (MWI). The latest update can be found here.

A group of MountCom members have worked on an updated to the Tyrol Declaration, notably the areas concerning ‘style’. This is subject to approval from the original authors before being presented for UIAA approval.

The application process for the 2022 UIAA Mountain Protection Award is now open and closes on 31 May. A total of 15,000 euros of prize money is available. The Commission has integrated changes to the distribution of prize money allocation for this year’s Award and criteria for how projects will be assessed. UIAA member associations are encouraged to submit applications.

The Commission continues to work on a significant update to the UIAA’s Environmental Guidelines and remains in close communication with the organisers of the biennial Sustainable Summits conference regarding continued collaboration. 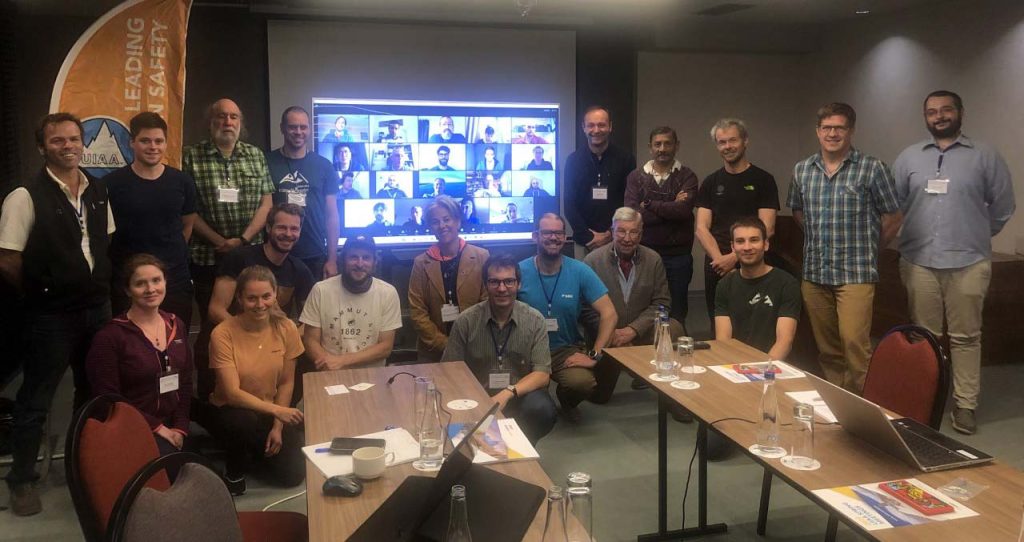 SafeCom was one of a number of Commissions to host its own internal meeting as well as its plenary session with accredited Safety Label holding manufacturers in Skopje. A separate report will be published shortly.

The Commission will shortly release an animated video showcasing the importance of using equipment bearing the UIAA Safety Label to climbers and mountaineers.

The new UIAA 123 Corrosion categories, a supplement to the UIAA 123 Rock Anchor Standard has been recently put to the test by manufacturers wanting to certify their bolts to SCC / GC or /LC corrosion compliant.  The first bolts have been examined and most passed the test, however there are some that failed, showing that the standard is working. Additional research will be headed by SafeCom after finding issues with the welding in top anchor testings. 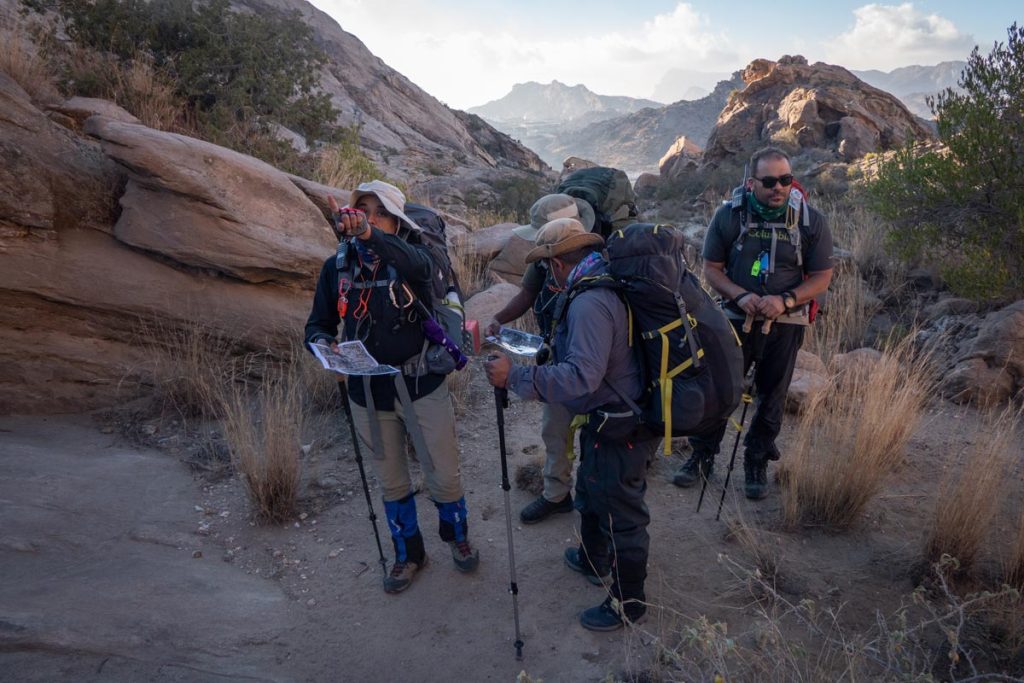 Coming out of the pandemic, a number of training programmes are beginning to flourish again notably the delivery of skills qualifications to the Saudi Climbing & Hiking Federation.

Together with the Petzl Foundation, the Training Commission is also working hard on finalising the revised print edition of the UIAA Alpine Summer Skills Handbook and on delivering its new online database to support the management of members’ skills qualifications.

As travel begins to open up in many parts of the world, the Youth Commission is hopeful it will soon be able to implement its longstanding plans for the restructuring of UIAA events.

One of the Commission’s significant updates was the creation of a Youth Innovation Panel. This working group will closely support UIAA youth camp programmes.

The Commission’s Strategy from 2022-2025 sets targets for national and international camps, describes a training pathway and signposts the development of a communication platform. This group will ensure that the camps take place, oversee their implementation, drive work on the syllabus for the development of UIAA Best Practice Camps, work with the training commission to develop UIAA certification and to collaborate with other UIAA Commissions in support of this strategy. 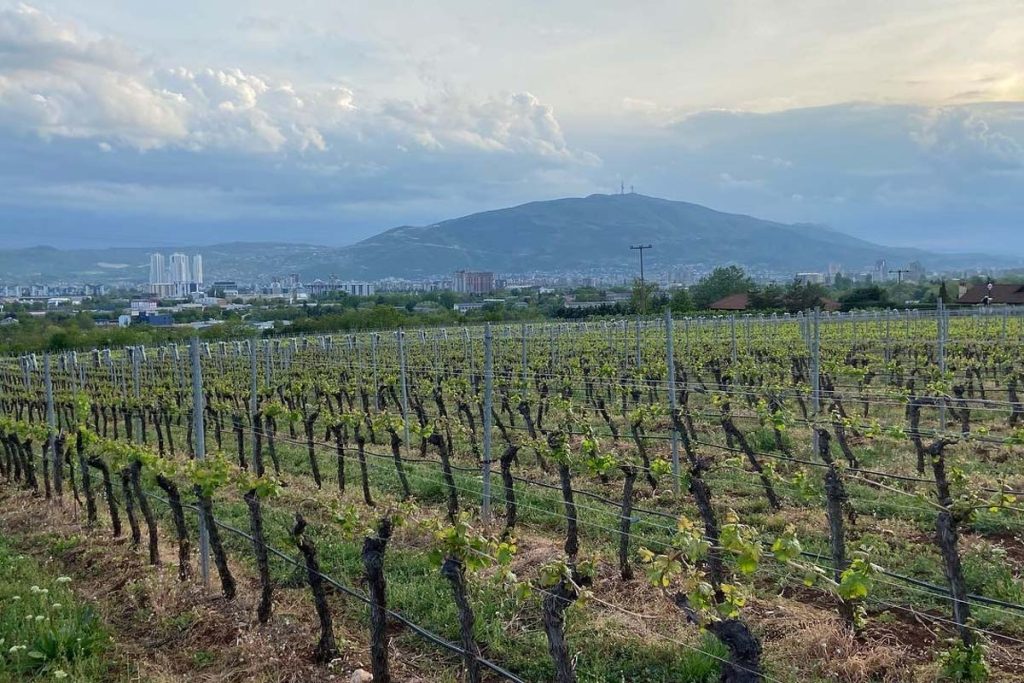 Skopje, a perfect setting for a productive series of meetings. Photo credit: UIAA

Collaboration between Commissions, between the attending organisations and with the hosts the Mountaineering Federation of North Macedonia (FPSM) proved fruitful. The UIAA thanks for organisers for the hosting a successful spring meeting and for the many cultural and climbing opportunities provided.

Following elections held during the MC meeting, Commission membership lists will be updated on the UIAA website.