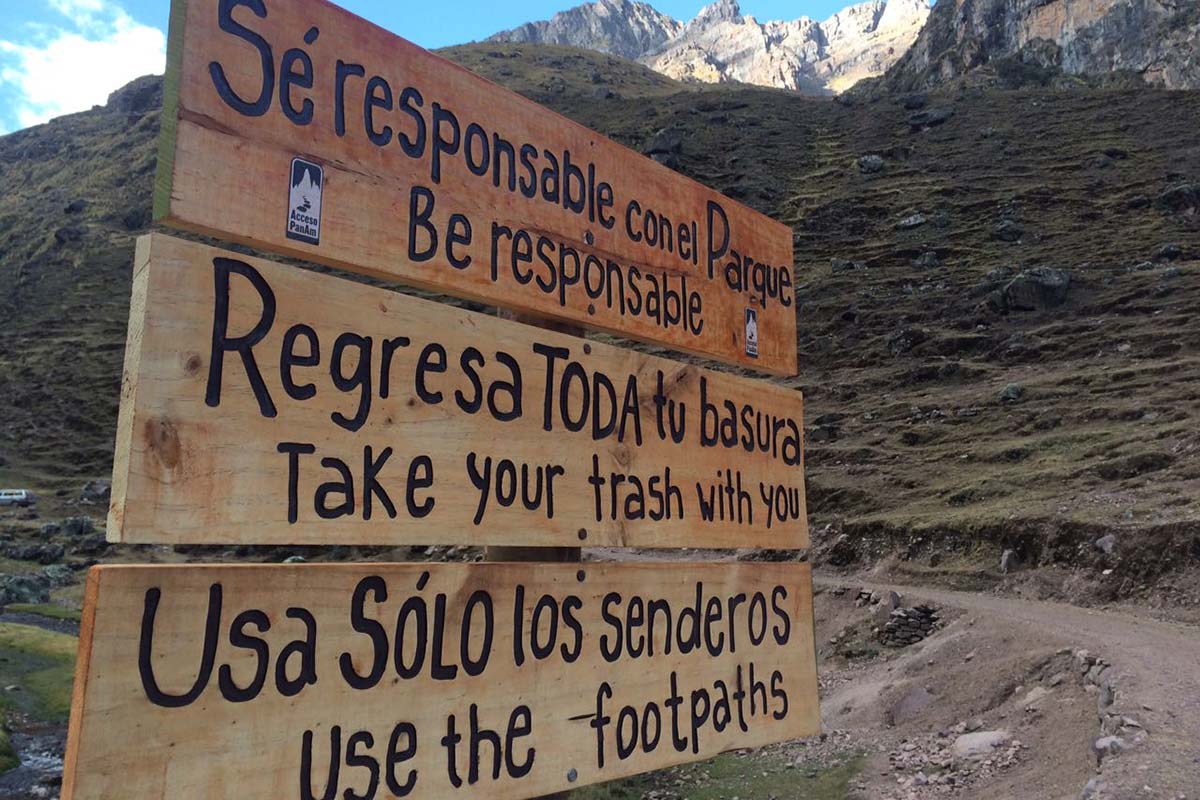 The project focuses on establishing the “Ch’acco Huayllascca Climbing Park” in Peru, promoting integral and sustainable development managed by the native farming community. Through its project the organisation wishes to achieve two main goals, namely to develop a world-class climbing and mountaineering area for the growth of sportsmen and women in Peru and on the other hand to empower the local community to manage their own territory. From the get-go advocacy for the integral conservation of the territory, in a material and spiritual way, have been key.

The project called Establishment of the “Ch’acco Huayllascca Climbing Park”, promotes integral and sustainable development managed by the native farming community. The project has two main goals. The primary goal is to develop a world-class climbing and mountaineering area for the growth of sportsmen and sportswomen in Peru, and reduce the opportunity gap. Climbing areas in Peru with a high concentration of difficult routes are non-existent, resulting in limited opportunities for Peruvians to progress in the sport.

Additionally, with increased development of the area, climbing and mountaineering can be converted into an active economic engine for the native rural community. For this reason, the second goal is to empower the community so that they can manage their own territory, based on respect for traditions. All of this goes hand in hand with the goal of natural and cultural conservation of the area, to ensure the sustainability of access and basic ecosystem services.

The project has been promoted by the climbing club The Wall Climbing Sport Cusco and the company 7a escalada with the idea of complementing the efforts of different institutions for the growth of the activity.

The action plan began by establishing a dialogue committee with the native community and municipal government. The objective is to raise awareness about climbing and mountaineering, as well as to listen to their concerns and expectations.
The first objective was to understand both the magnitude of the Ch’acco Huayllasqa Valley, and the appropriate way to develop the valley. In support of this first step, natural resources, ecosystems, community services and potential for outdoor sports were identified.

The second main objective was to create rules and an initial management plan. These processes included searching for compatibility and synergies between conservation, access, inclusion and economic dynamism.
As a result, a plan for the initial development of climbing activity in the Ch’acco Huayllasqa Valley was proposed. This plan detailed the generation of economic activity while at the same time working in harmony with local traditions, culture, and ecosystem services.
The results of this two-year process were:

The biggest challenge in the development of the Ch’acco Huayllascca Climbing Park has been to achieve a balance between conservation and development. To do this, the organisers have prioritised the creation of a local management and monitoring plan. While difficult at times, the process of creating a framework for mutual help and growth among climbers, companies, and related organisations has also been very enriching. 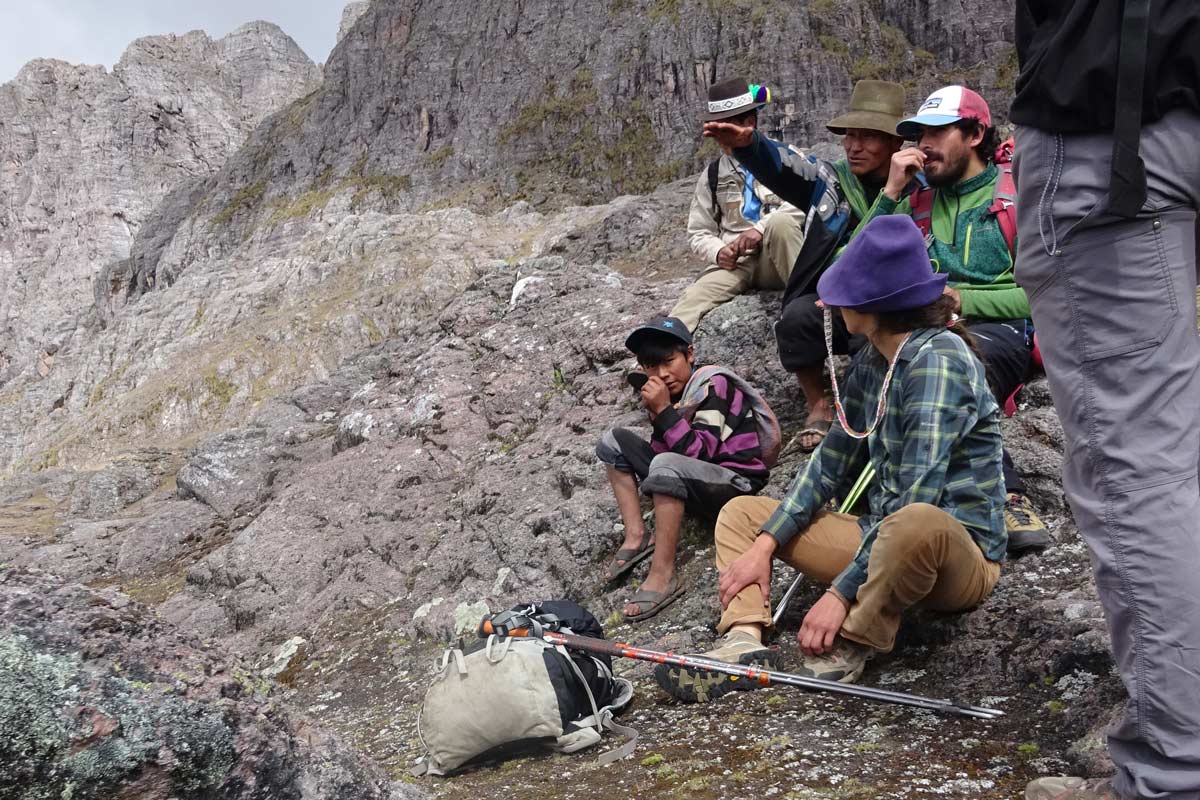 The development of this climbing park will encourage the growth of climbing and mountaineering in Peru. Despite being a country known for its mountains, the development of sportsmen and sportswomen in Peru is weak. This is due to a combination of factors, including a lack of infrastructure, a lack of governmental support, and various social-cultural reasons. Considering this, there is a need to create a school to provide both opportunity and motivation for sports development.

The organisation believes that the opportunity gap can be reduced by creating a central place with the possibility of growth. The area of Pitumarca, Canchis, Cusco, is ranked second nationally in concentration of glaciers, including mountains like Ausangate (6,372 m.a.s.l.). Specifically, the Ch’acco Huayllascca Valley has access to alpine, sport, and block routes, and possibilities of mountain ascents of 5,000 m.a.s.l., making this valley in particular a propitious place for acclimatization before continuing to the neighboring zone of high mountains.

Currently, the Ch’acco Huayllascca Climbing Park has the highest concentration of eighth grade routes in the country. However, even with the existing 170 routes, less than 5% of the potential of the Ch’acco Huayllascca valley has been equipped. Furthermore, in 2020, the local community expressed a desire to develop more neighboring valleys and territories into climbing and mountaineering parks. The potential of climbing for future generations of sportsmen and sportswomen is immense. Further development of Ch’acco Huayllascca Climbing Park will secure it as a climbing area of relevance in Latin American, and a space for the safe teaching of rescue, climbing, low impact practices, first aid, and conservation.

This is the first project in Peru where climbers have contributed to the development of a climbing area while at the same time management remains in the local community. Additionally, the project has a focus on sustainability. Since the beginning, advocacy for the integral conservation of the territory, in a material and spiritual way, have been key. The creation of a training and management plan empowers the native to manage the habitats surrounding the Ch’acco Huayllascca Climbing Park. Training is focused on teaching climbing and mountaineering, conservation, valuing traditional customs, and providing services such as care, food, and sales to athletes.
The management plan was developed jointly between 7a Escalada and the Pampachiri Native Community in order to meet these goals. The results included scientific information, zoning of the valley and the creation of a monitoring observatory for constant evaluation.

The importance of a relationship between the sportsmen and sportswomen and the local community has been prioritized. To facilitate this relationship, 7a Escalada has created a set of clear and visible rules and information for the Ch’acco Huayllascca Climbing Park, which is aligned with the values and desires of the community. Additionally, 7a Escalada has implemented strategies in addition to training, such as the creation of the guide, signage and zoning maps, which include information on the ecology and culture of the area.
The successful integration of the Ch’acco Huayllascca Climbing Park with community involvement shows how mountain sports can be useful in promoting environmental and social responsibility among athletes and visitors alike.