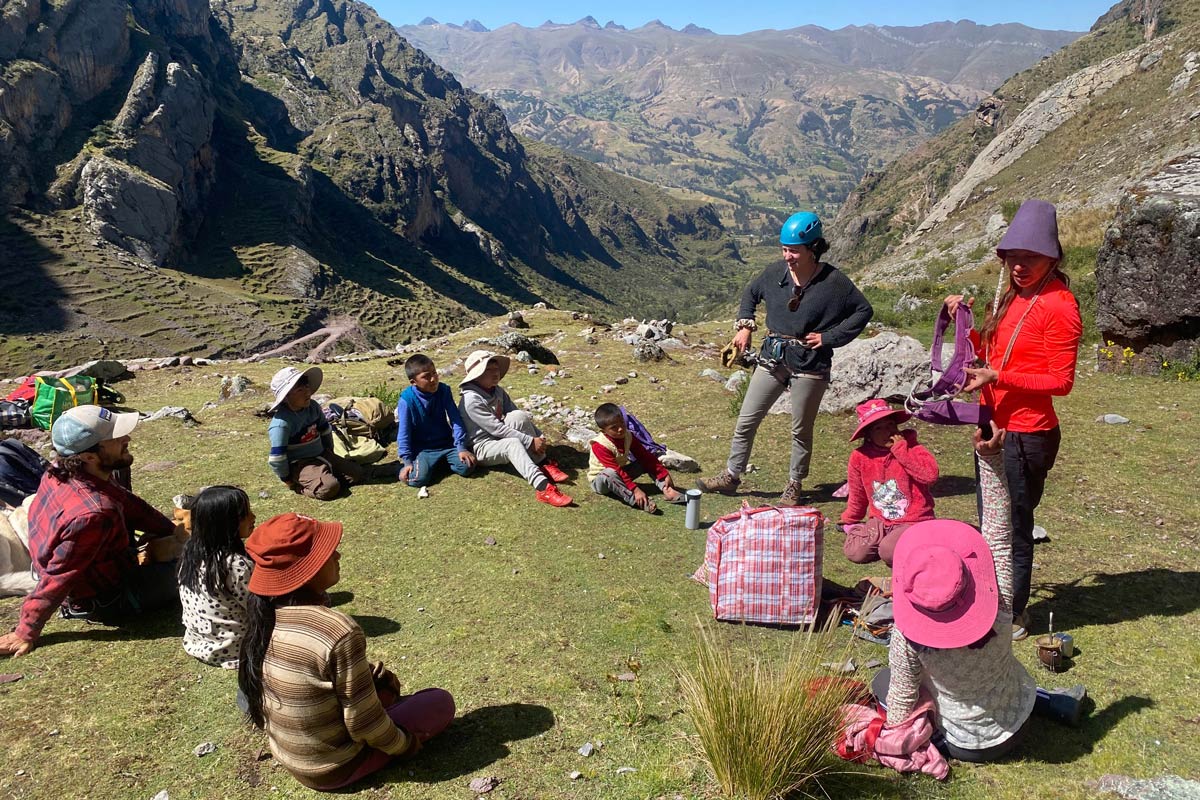 Establishment of self-managed, integral, and sustainable climbing parks as agents of local development in the district of Pitumarca, Cusco, Peru 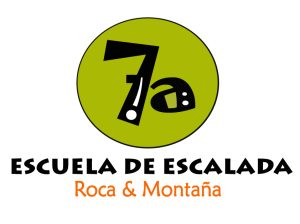 Through mountain sports, the project organizers seek territorial development aiming at improving the lives of the native people of Pitumarca, Cusco. On the one hand this is to be achieved by making inclusive the enjoyment and development of children and young people through the conservation of nature and traditions, aiming at a social justice so necessary in the country. On the other hand, to empower native communities through the self-management of employment alternatives aiming at sustainable practices, in order to have alternatives to the extractivist activities that threaten the region.

In Peru, extractive or poorly managed activities (e.g. mining and tourism) are quite common, and have resulted in a degradation of mountain ecosystems. Combined with the lack of government investment in local communities, local populations have been forced to leave in search of better opportunities. Thus not only has there been a gradual decrease in the populations of mountain communities, but also a loss of culture.

This project has the objective of making mountain sports, through self-management, a dynamic and sustainable economic engine for native communities and their territories in the district of Pitumarca.

Through teaching, mentoring, and volunteer programs, the project focuses on generations that will be tomorrow’s leaders – children and young people. It is known that sport and recreation is the space where young children and youth spend most of their, and if safe and healthy, is an ideal strategy for the development of the communities (International Charter of Physical Education, Physical Activity and Sport. UNESCO, 2015). Thus, through the creation of a world-class sports area and by providing a space for wholistic development, its ultimate goal is to work on the social and leadership skills of children and young people.

In addition, through the development of the “Climbing Parks,” fair and inclusive job opportunities are created. Opportunities include the administration of camping areas, shelter, food services, transportation services and guiding services. These roles are both filled and managed by the community members themselves. Territorial development and conservation go hand in hand with management plans that help in the orderly administration of space. By creating profitable and sustainable alternatives to traditional activities such as mining and subsistence agriculture, both the local population and the surrounding environment are better off.

The key to the development of the climbing park has been flexibility and listening to the local community and athletes. Along the way, institutions involved and objectives have transformed. The project was initially promoted by 7a escalada (legally “The wall climbing sport Cusco s.r.l.”), as the local community had more confidence in a company with financial backing.

After the third year, the non-profit arm of 7a escalada, 7a association, took over the work. By working in the area as a non-profit instead of a business, the organisations were able to access a much larger network. Since this change, alliances with other non-profits have been created, which have not only strengthened the initial project, but has also enriched it with professionals and visions.

Stage 1: 2015 to 2016, an initial plan along with a friendship and cooperation agreement were developed.

The project first began by getting to know the community. A dialogue committee was established with the goals of interpreting the territory and its’ potential, and understanding the customs, needs, and expectations of all parties. In this way it was established that the basis for future strategies would be constant dialogue, participation in assemblies and communal work.

The Initial Joint Plan: Build 100 routes, teach children, an inventory of local flora, fauna, water and cultural resources, develop a management plan with mitigate the impact of the climbers, zoning and new activities and conduct training.

Stage 2: 2016 to 2018, building the first routes, while at the same time searching for the support and people needed for the development.

In 2016, the first event was held to publicise and promote the “Ch’aqo Wayllasqa Climbing Park.” During this event, the organisers introduced both the rules of coexistence and the first management plan for the area. Additionally, the organisers received donations for the equipment needed to build more routes and material to teach children.

Consolidation: From 2018 to 2019, an emphasis was placed on equipping routes and promoting the park.

Additionally, during this time promotional videos were created, and support was given to several professional climbers made their own promotional materials. The area saw an increase in visitors of at least 100% each year.

In 2020, three new communities in the district of Pitumarca joined the project. Additionally, alliances were created with Uma Rumi, Mon Vertical and FEDPE. 2021: The first camp for children and young people was organised in partnership with Valley Camp. 2022:

The first formal training in wilderness first aid was given to locals. The Ch’aqo Wayllasqa Park was reopened and the Kuntur Sayana Park was inaugurated. Additionally, a hiking tour between parks was led by a local guide. To date, 195 climbing routes have been implemented and the guidebook has been redesigned in two languages and has been printed. Aside from route building, significant work was has been done to improve the organisation of the space: converting an old unused building into a refuge, improving waste treatment and installing nine toilets, creating designated spaces for camping, campfires, and composting, and installing 300 metres of hoses for access to water. Additionally, infrastructure has been developed to mitigate the impact that climbers: includes two kilometres of trails to access climbing areas, 30 information signs, and four posters with hiking maps and rules of coexistence. Currently there are 10 children climbing consistently and over 50 families who have enrolled their children in recreational events. Another climbing festival is planned for November 2022.

The goal is to finalise training in with the local community before the event.

2023: Goals include monitoring and training of locals for participatory monitoring. Programmed for 2022 and 2023 are monthly rock climbing trips and weekly indoor training for children and youth. 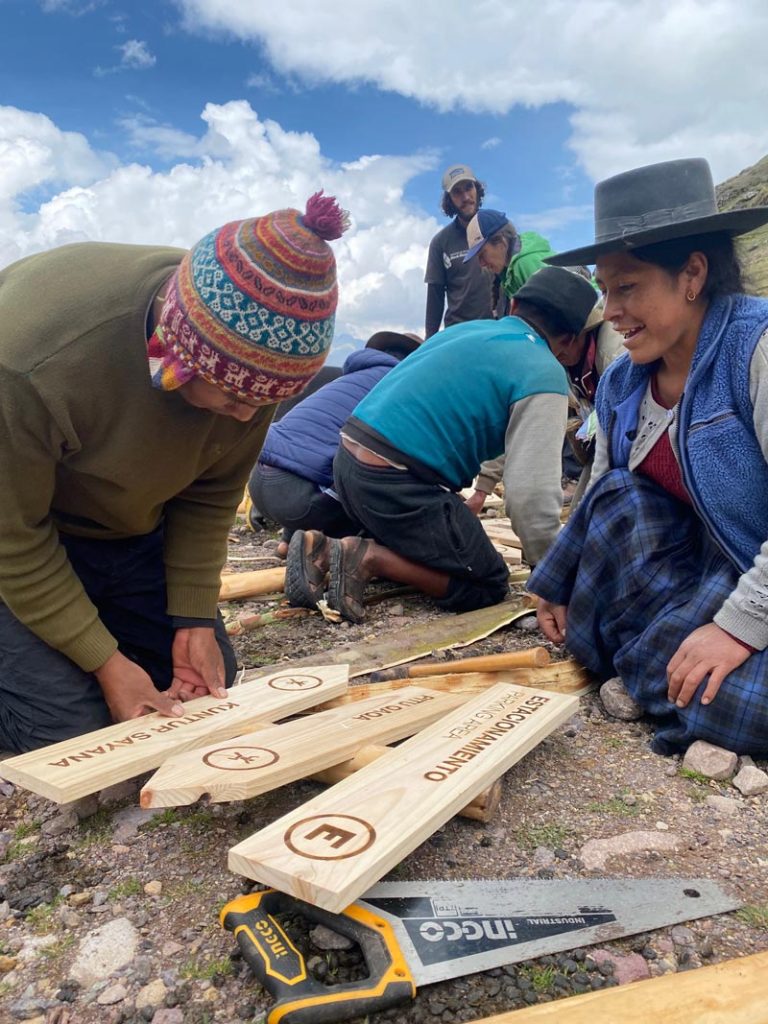 The project proposes outdoor sports as the means to achieve an integral development of the territory. It is currently the climbing area with the highest concentration of eighth grade routes in the country, although with almost 200 routes at present, not even 5% of the potential of the lower valleys has been exploited.

Furthermore, it is a favourable place for acclimatisation to the surrounding high mountain area, given that the district has the Vilcanota mountain range, which is the second nationally in terms of concentration of glaciers and with mountains such as Ausangate (6,372 m.a.s.l.). All this potential is promoted in an organic way with climbing parks that are managed and used by locals; boosting economic and social development in a sustainable and respectful way regarding customs.

Peru is a country known for its mountains, yet local sports development is low due to a combination of causes such as lack of vision, government support and social-cultural reasons.

At a national level there is a lack of recognition and there is a need to create a space where the bases are inclusion and the impulse for sport-social development, helping to reduce the opportunity gap. In the country, mountain sports and outdoor recreation are practised by those who have more social privileges, so one of our goals is to seek donations to make these sports accessible to all, aiming at social inclusion and empowerment. In this sense, we have obtained donations of more than 10 harnesses, 20 pairs of shoes, eight helmets, ropes and other materials for working with children.

The support of the national federation – FEDPE – has also been obtained for the training of children in the area. In this way, the aim is that these activities are valued not only as a hobby, but also as a way of life that is friendly to the natural and cultural environment, as well as economically profitable.

The organisers consider that the most valuable aspect of the project is the alliance between many institutions, achieving a synergy based on respect. In this project, which started seven years ago, the organisers have had the flexibility and resilience to counteract, among other things, a pandemic, cultural differences between a native community and people who do not speak the same language. In a country marked by social differences, respect for local times and needs has been built.

It is the first project in Peru where climbers promote the creation and sustainable local management of an area that is projected to be the largest in the country.

The organisers advocate for the integral conservation of the territory, both materially and spiritually. Strengthening the local community to manage the new activities considering the waste and the use of the energy that comes from them, through training and the management plan that has been based on continuous conversations, assistance to assemblies and communal activities. The training provided to the community is focused on teaching climbing, mountaineering, conservation, revaluation of customs and services such as attention, meals and sales to sportspeople.

The management plan is developed together with the community respecting their needs and traditions. With results such as: information, zoning of the valley and the creation of a monitoring observatory for constant evaluation.

Likewise, the organisers do not neglect the education of the athlete, with the incorporation of rules and information. In addition, we have generated training strategies, guides, posters and zoning maps and information on the ecology and culture of the area.

This is evidence of how mountain sports can be tools in the responsible and respectful formation of a human being and an example in terms of development of climbing areas worldwide. The organisers trust that projects such as these will be an example and replicable.