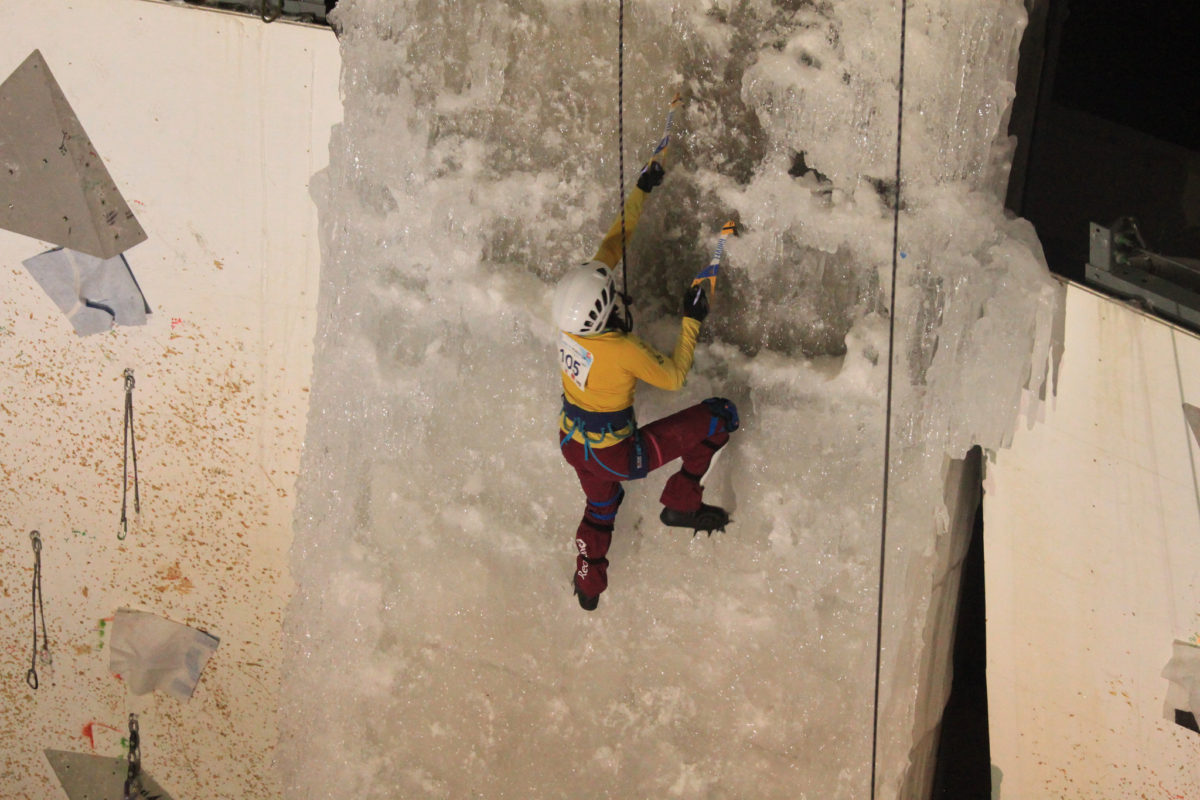 The famed ice wall of Rabenstein, located in the Italian province of Bolzano and nestled in the Dolomites, will host the final weekend of action in the UIAA Ice Climbing World Cup season.

The event will determine who wins the World Cup series.

In women’s lead can Korea’s Han Na Rai Song (312 points) see off the determined challenge of local favourite Angelika Rainer (250 points)? Song has won the last two competitions in lead; Rainer has two silver medals to her name and keen to add a first season gold.

In the men’s competition, Song’s compatriot HeeYong Park holds the advantage (327 points). Park is in supreme form and leads Nikolai Kuzovlev of Russia by 61 points.

No competition is as close as the women’s speed event. The only certainty is the winner will be from Russia. Ekaterina Koshcheeva (240) has the edge over multiple champion Maria Tolokonina (pictured, 225 points). Nadezhda Gallyamova has an outside chance on 185 points.

Vladimir Kartashev has been in a class of his own in men’s speed. Two silvers, one gold. On 260 points he still has work to do to see off his Russian teammates, notably Pavel Batushev (216 points).

While the World Cup season finishes on Sunday, the main event in the 2017 UIAA ice climbing calendar is still to come. The biennial World Championships will take place in Champagny-en-Vanoise, 4-5 February.

*Times are all CET. The full programme can be viewed here.

Full results can be found on our dedicated page.

Information about the UIAA and ice climbing can be found here.