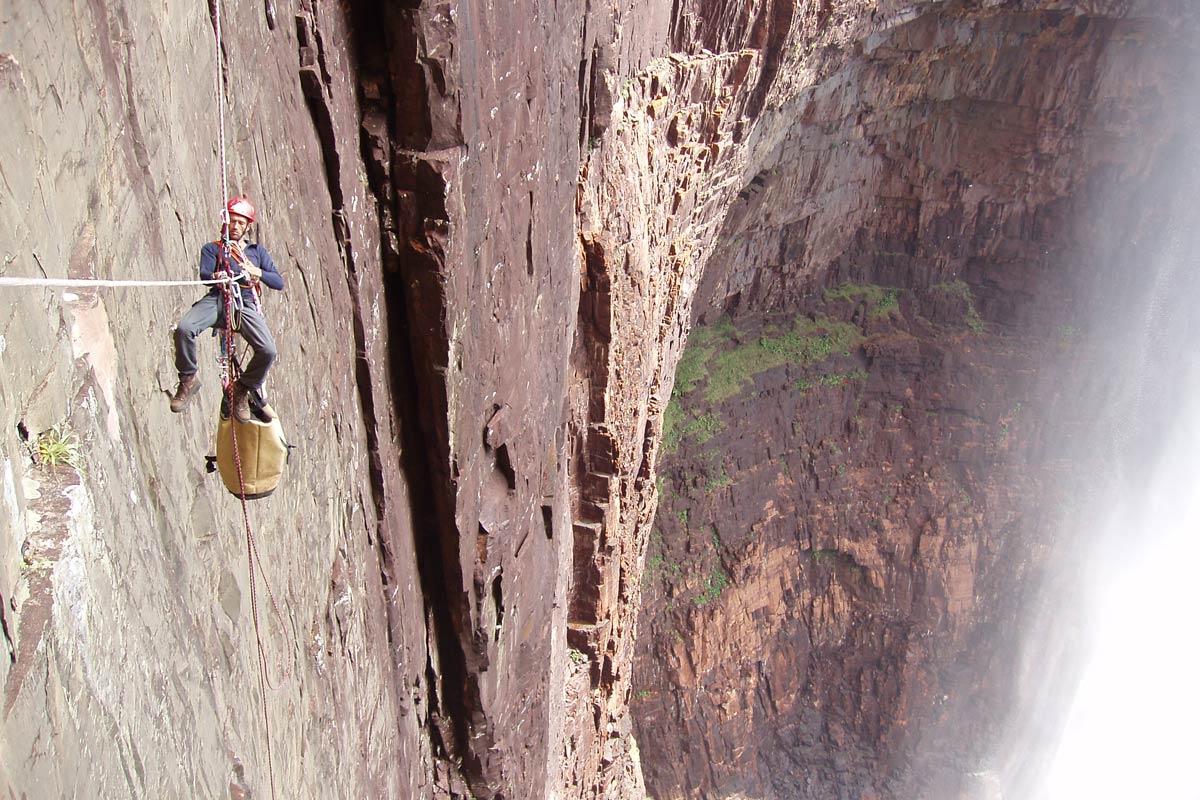 The UIAA is saddened to hear about the recent passing of Alex Klenov at the age of 60. Alex volunteered considerable time to the UIAA chiefly as a member of the UIAA Youth Commission.

Alex Klenov (Sasha) was renowned as being the “Chief Ideologist of Pure Style in Russia,” making a move away from aid climbing where he could.

Born in the forest-steppe Petropavlovsk of northern Kazakhstan, Alex did not expect that his life would firmly connect him with mountains and rocks. Only Charles Dickens, Jules Verne, Arthur Conan Doyle and others sated his childhood thirst for discovery, distant wanderings and introducing himself to people and cultures around the world. 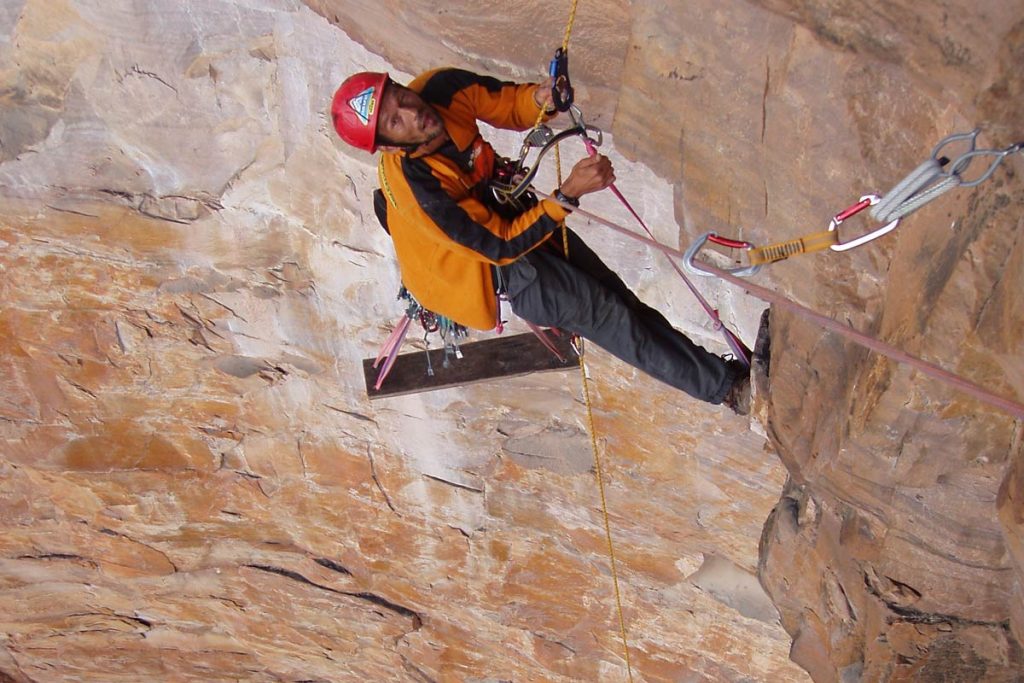 He transitioned from mainly climbing on rock walls in the 1980s to mid-1990s, taking part in the Russian championships in the Pamirs – and winning – and also spent some time in Chamonix. But his heart was there to give something back and create things. He moved easily from a rock climber having climbed Fr 8b to the high mountains and was well versed in “trad protection”. Climbing in Thailand was a favourite too.

He gained mountaineering prominence on the international stage twice as a nominee of the Piolet d’Or, first in 1999 for the first ascent of High Tension, a new route on the north face of Thalay Sagar with Alexei Bolotov, Mikhail Davy and Mikhail Pershin which was climbed capsule style from a portaledge with some drilled protection and aid. In 2001 he was nominated again for establishing a new route on the Golden (northwest) pillar of Spantik (7,028m), Pakistan with Mikhail Davy over 12 days which was a 2001 nominated ascent.

Not devoid of creativity he has also appeared in or made climbing videos including “Rubicon, People from the other side of the world” directed by Andreî Kim which was a musical ballad of a team of Russian rock climbers establishing a new route on Great Sail Peak, Baffin. The wall is 1,500m long with an average steepness of 85 to 90 degrees. At the end of the ascent, Valeri Rozov jumped off the wall in a wingsuit. A humorous and wacky musical. 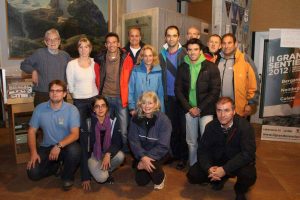 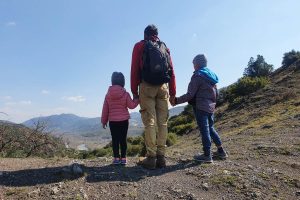 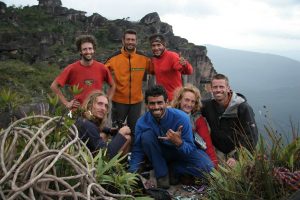 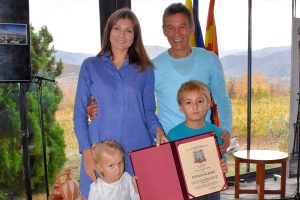 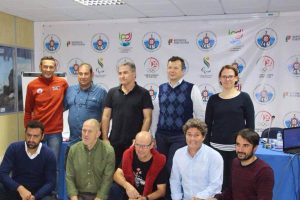 Many young climbers found inspiration in his organisation of climbing festivals with the UIAA with the initiative “Rocks for Everyone” and his international rock festivals “On-sight Marathon.”

He formally began his involvement with the UIAA Youth Commission in 2005 and he was always full of enthusiasm and dedicated to the project, carrying an inescapable smile as a strove on as a giver of opportunity. Whether dancing, running over hot coals or setting up meetings he always seemed in his element.

He also organised a festival in Kazakhstan approved by the Russian Mountaineering Federation and with support of the Mountaineering and Sport Climbing Federation of Kazakhstan (MSCFRK) as well as making route setting courses in Mongolia and Nepal. “When he made the festival in Kazakhstan, he did a lot as the leader of this idea and taught our climbers how to do it,” Kazbek Valiyev, former President of the MSCFRK.

Alex had previously spent ten years working in the Ekaterinburg Olympic reserve school and also coached the Kazakhstan team from 2008-2009. He flourished in the Pamirs in the former USSR style climbing events on peaks such as 4810 in the Ak Su valley and he later in Chamonix, where he spent the odd happy month and climbed a new route on the Grand Capucin in 1999 called “Russian winter” with Mikhail Devi.

In 2005 I invited him to join our team to climb Angel Falls main face, which was 50m overhanging, and we had already failed twice with either the wrong team or the wrong equipment. Luckily, he immediately saw the potential for coming on an expedition with us to the “lost world” in Venezuela to climb Rainbow Jambaia and the first free ascent of Angel Falls main cliff with John Arran, Miles Gibson, Ben Heason, Ivan Calderon, Alex, myself and Alfredi Yupi Rangel. It was named after the double rainbow on the wall and the first names of our team. After 12 nights on the wall, we made the summit with a crack lead team that undoubtably benefited from the experience of Alex in the big wall setting who embraced the strong team spirit which made it a success. So what’s more to say? Alex will be missed, I will miss him, not just here, many people will miss him.

A link can be found to Anna Piunova’s article, soon to be translated to English. She is setting up a memorial to him on 10 November in Yekaterinburg.