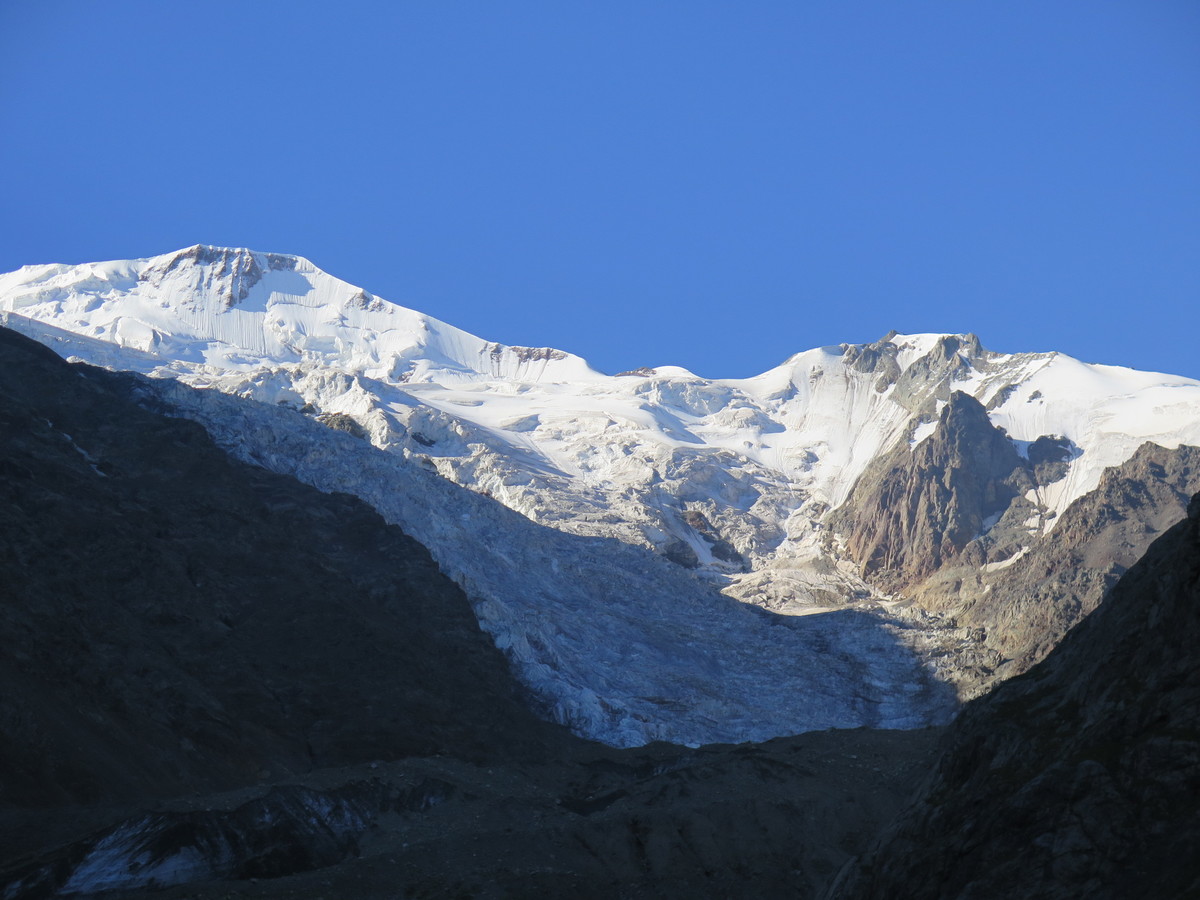 The seventh event of the 2016 UIAA Respect the Mountains Series was held last weekend around the mighty peaks of Mount Kazbek, Russia. Another weekend of scorching temperatures and hard endeavour by a group of volunteers promoting sustainable practices in mountain regions. The UIAA Respect the Mountains project is partnered by KEEN and comprises nine summer clean-up events in eight European countries. The next event will be held in Tignes, France this Friday. Anyone in the region wishing to volunteer can do so by following this link.

For the first time in the Series, an event was held over more than one day given the logistics involved in travelling to Mount Kazbek. Participants met in the centre of Vladikavkaz before departure to the Kazbek region via a military base in the Karmadon gorge. In reaching base camp at 2,400m, the 42-strong group of Russian volunteers hiked the 14 kilometres to set up their home for the evening. A bath in thermal springs, noted for their curative powers, provided the perfect recovery. A large group of volunteers spent the following morning cleaning an area around base camp. After a busy summer for tourism, the region needed much attention with a huge amount of garbage collected and sent back to the military base. Another group hiked towards a shelter near Mount Mayli, a 3-hour walk which crossed a glacier at 3,200m.

As is tradition at the UIAA Respect the Mountains events, a prize was awarded by project partners KEEN to the volunteer who found the most original piece of garbage. An old knife now joins a microwave, car tyres and underwear as some of the strangest things found on a European mountain face.