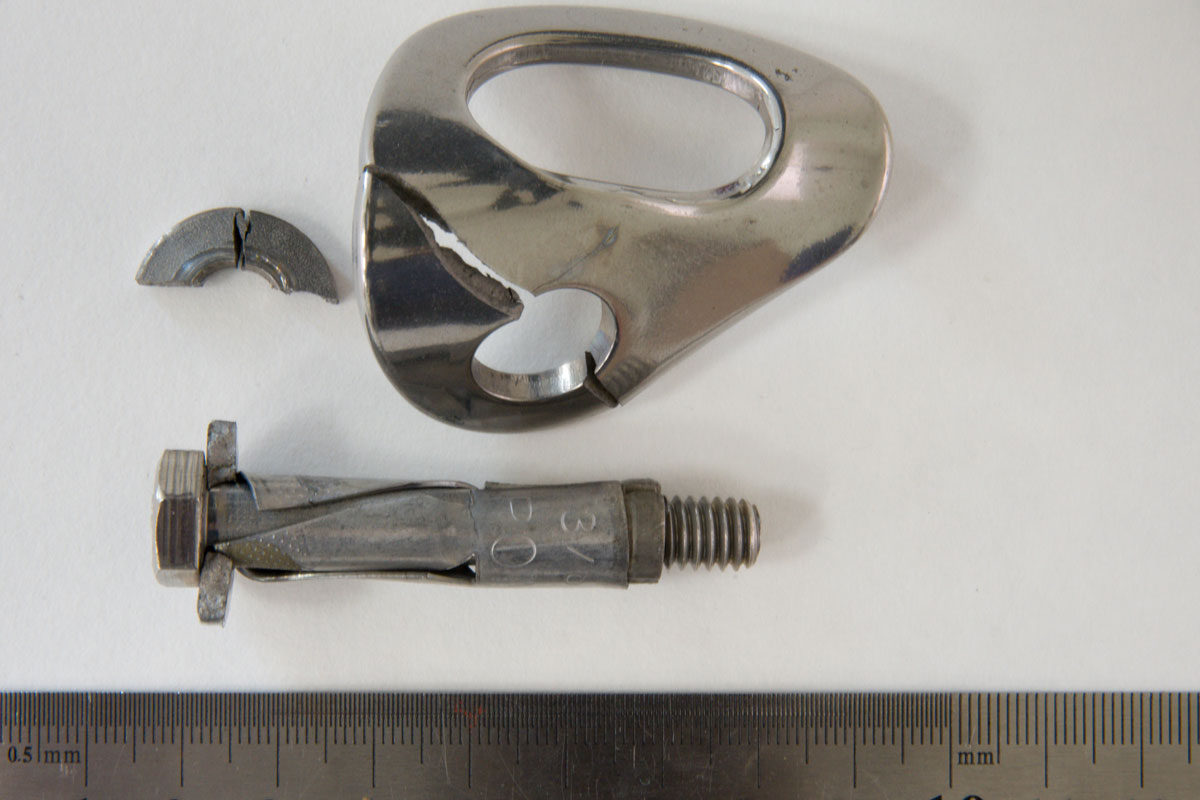 Amit Chowdhury, newly elected Executive Board member of the UIAA, opened the latest online UIAA Safety Commission (SafeCom) meeting by announcing that in light of being appointed to this new role he would be stepping down as President of SafeCom. Recommended to chair the Commission for the next four years is the current Vice President Lionel Kiener of the Swiss Alpine Club (SAC). Kiener’s nomination will be sent to the UIAA Management Committee for confirmation at its next meeting. The online session was attended by ten UIAA accredited laboratories,  25 international manufacturers of climbing and mountaineering equipment as well as guests from ICAR (International Commission for Alpine Rescue), recently elected UIAA Observer Member, and the Italian Alpine Club (CAI)’s Centro Studi Materiali e Tecniche.

Collaboration with Training Panel: The UIAA is in the process of expanding the UIAA Safety Label logo to incorporate Training Standards issued to national federations. The globally recognised and trademarked UIAA Safety Label is issued to manufacturers who comply with UIAA Safety Standards for climbing and mountaineering equipment. A significant component of UIAA Training programmes is spent on ensuring students use equipment that has been properly tested to the UIAA international high level of standards. Upon final confirmation from SafeCom, the UIAA trademarked Safefy Label will be added to UIAA Training certificates. UIAA 104: Proposal to define steel cord in Standard. The UIAA Ice Climbing World Tour organisers encourage ensure athletes and officials use UIAA certified equipment. Related to this subject, the UIAA Ice Climbing Commission recently opened a dialogue with SafeCom regarding issues competitors had experienced in damaging textile quickdraws, as well as ropes, with their tools. In an attempt to make the quickdraw safer under the intense demands of competition, the UIAA Ice Climbing Commission, and event organisers, proposed the use of a metal cord instead of textile to reduce the level of damage. The Plenary agreed to clarify the language in UIAA 104 Standard to include steel cords in the testing of the quickdraw. SafeCom looks forward to having UIAA Standard-recognised quickdraws in future Ice Climbing competitions.

Avalanche Probes: More work and testing will take place this winter. SafeCom looks forward to assessing results at its next meeting in May 2021.

Avalanche Snow Shovels: Discussions remain ongoing on whether to continue to work on the limits set for shovels in the Standard.

Helmet Rim Impact: Helmet positioning index for laboratories has been defined. A more precise testing method is being prepared, and then round robin testing of samples will be made.

Sharp Edge Test: After several years of development by UIAA Safety Label holder Edelrid, a machine dedicated to sharp edge testing has been provided to a UIAA accredited laboratory. The lab presented the new tests, which are simple and rapid to conduct and only require a rope sample of 70cm, and found good reproducibility. They may use the testing machine on other textiles. Further work is still required to tackle ambient temperatures, criteria for labelling a rope as cut resistant and how reproducible it will be with different machines.

Canyoning Harness: UV and humidity testing has been made on canyoning harnesses. There will now be second round of testing where UV rates will be stronger and humidity levels increased. Harnesses have been sent to a University testing laboratory. It appears the threading was disturbed by a chemical reaction. Research is ongoing.

The next SafeCom Plenary meeting is scheduled for May 2021.