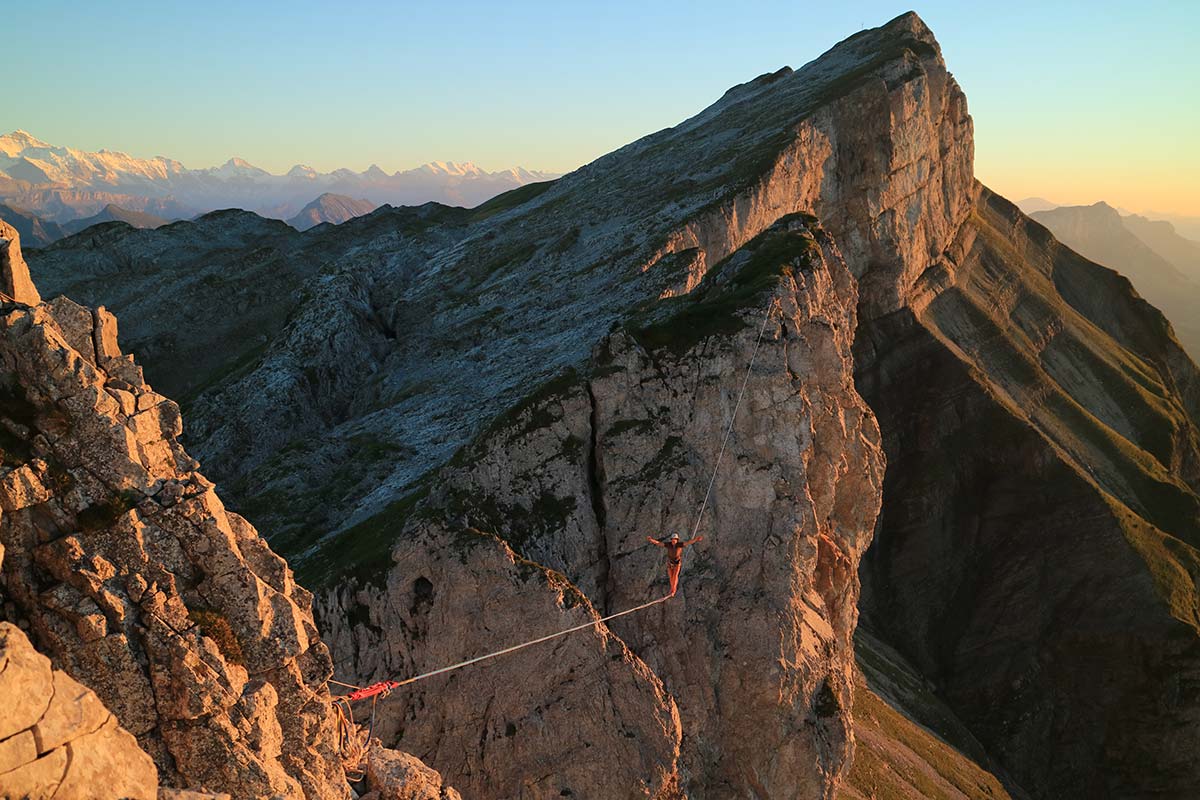 At the 2018 UIAA General Assembly held in Ulaanbaatar, Mongolia, the International Slackline Association (ISA) was voted in as an Observer Member of the UIAA.

Founded in 2015, the ISA aims to support and develop the international slackline community, protect access to the sport, enhance communication and informational resources and increase the safety of all forms of slacklining worldwide. The Association counts ten national governing associations and federations as active members encompassing 55 regional and national associations or clubs. This totals some 2,000 slackliners, growing quickly.

Slacklining entails balancing on a 2.5 to 5cm wide piece of webbing made from synthetic fibres, which is rigged between to fixed points, often trees. Slacklining is an independent sport with many alpine and urban variations and disciplines, championships and professional athletes. Slacklines are also used as a balance training aid in competitive sports, as fitness equipment or in physiotherapy. The activity also has creative aspects, with a tradition in performances and shows and as a tool for enriching public spaces. Furthermore, it is gaining a foothold in school sports, tourism and as a recreational activity in the public’s free time, which is partly due to the increased presence of slackline parks.

A slackline set basically consists of a piece of webbing (not a rope), two tree slings and a tensioning system – if the slackline is to be rigged between two trees, the set should also include tree protectors.

According to the ISA, the sport’s core demographic is male and aged between 18-26. Slacklining is particularly popular in North and South America, Japan, as well as in central Europe, notably in France, Germany and Switzerland. This is reflected in the association’s membership.

How long people pursue slacklining as a vocation is something the association is continually analysing as Executive Board member Marc Thompson explains. “There are already a significant number of 30+ year olds who have been slacklining for close to ten years or more. It is hard to tell if the younger demographic will always be dominant, however, the physical demands of longlining and highlining do not negate the possibility of older people staying active or even entering the sport. There are many individuals who show it is possible. Tricklining, the freestyle and acrobatic discipline, though will probably always be for the younger generations.”

When did it start?
Humans have been balancing on all sorts of things throughout the centuries, mainly on static cables, ropes or beams. In Yosemite Valley, climbers spent their time on rest days balancing on chains in parking lots and the like. Slacklining emerged as an independent activity on stretchy webbing in the early 1980s from the climbing scene in Yosemite National Park. Adam Grosowsky and Jeff Ellington were the first to come up with the idea of using their climbing gear and flat webbing to balance on and introduced slacklining to the climber’s camps in the valley. From there it slowly spread into other countries within the climbing scene, and eventually all over the world.

The slackline trend really took off around 2006 in Europe with the introduction of simple slacklining kits for everyone to set up a slackline and practice. In February 2014, during the Turkey Highline Carnival, representatives from eight countries and 14 organizations gathered to discuss the need for an international slackline association. Born from that meeting, the International Slackline Association (ISA) was developed to consolidate the efforts of multiple non-profit groups and support the continued development of national and local organizations. How is it different from tightrope walking?
The name “Slackline” says it all, the line is not under a lot of tension. In contrast to steel cables, slackline webbing is able to stretch under load and behaves dynamically, the person on the line has to constantly seek balance on the line. Balancing poles are not normally used and don’t work well on slacklines.

While tightrope walking has a long circus tradition, slacklining is a rather young activity. In principle all the tricks shown by performers on the steel cable are also possible on the slackline. As a result of the elastic properties of the webbing, there are also a variety of dynamic tricks that can be pulled off on a slackline. Other differences are that slacklines can be rigged with very little effort and require far less and lighter gear.

“What is interesting about slacklining, is the way it bridges urban and alpine environments. There are many slackliners who come from climbing, as that is where the roots of the sport lay,” explains Thompson. “People who are into highlining are especially likely to engage in a variety of other alpine sports, as those are sometimes a prerequisite for the installation of highlines. What is more, slacklining is actually bringing more people into the mountains, as slackliners with no alpine background often wear their first harness for their first highline. During slackline festivals and spontaneous meetups at the park there are often people practicing yoga, acrobatics, juggling and other Flow Arts or circus disciplines. This mix often leads to creative projects in cities or in the mountains.”

What does the ISA do?

Next steps
Becoming a member of the UIAA is an objective now fulfilled and a relationship the association is looking forward to developing. Indeed, the ISA based its own organisational structure on the UIAA model. “As a small sport that spans the gap between urban and alpine activity, we hope to learn from the UIAA and also contribute with new ideas,” explains Thompson. “An example would be that the UIAA’s know-how in standardising gear is something we can surely profit from. It will be interesting to see how we translate that for slackline gear, especially as we use a lot of industrial grade gear.”

Establishing itself as a neutral, global association is the main goal for the ISA in the years to come. “We help slackliners worldwide practice their sport, help resolve access issues and find information and recognition. This should increase the overall safety of the sport,” closes Thompson. “Concrete measures are the new international ranking list we’re launching, the safety labels for gear and the ongoing publication and translation of resources on our data page. There is also the ranking list and an education programme in the works.”

All images courtesy of ISA