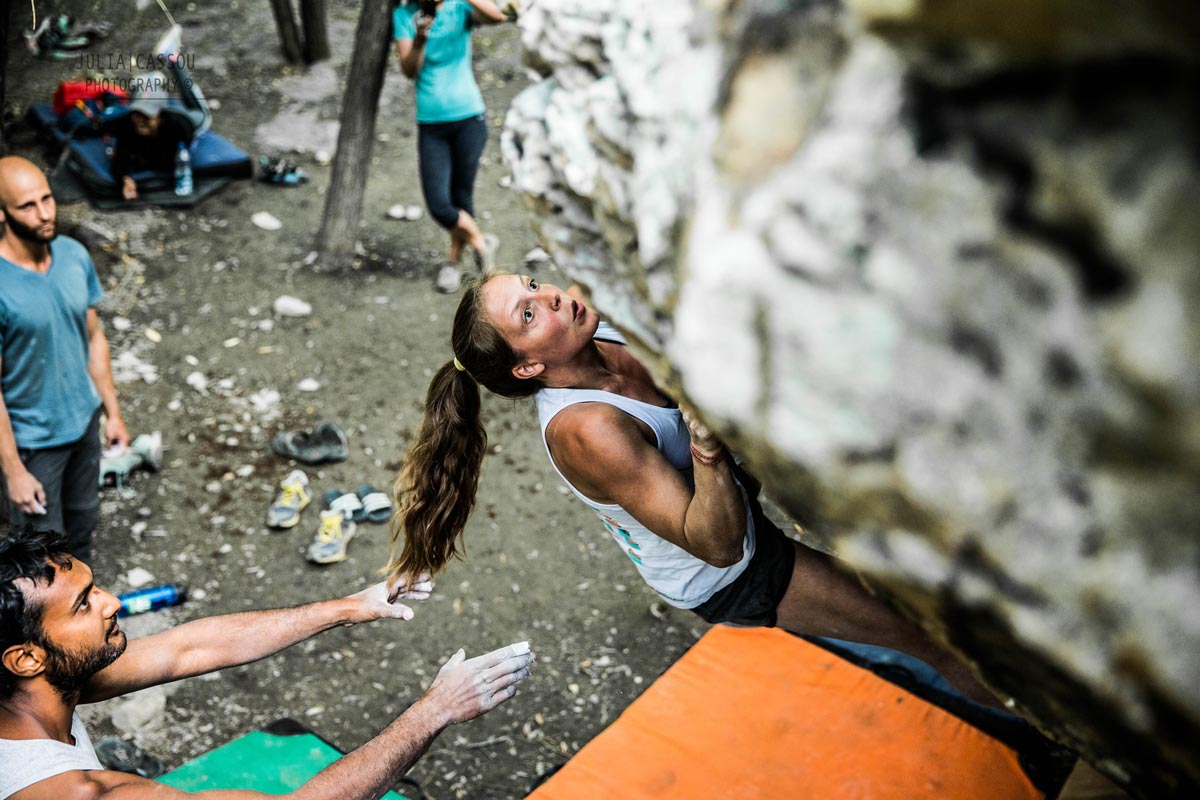 Suru Boulder Fest was confirmed as the winner of the 2019 UIAA Rock Climbing Festival Award (RCFA) during the Award Ceremony held as part of the UIAA General Assembly. The festival is supported by UIAA member association, Indian Mountaineering Foundation, with the latter’s Amit Chowdhury (also UIAA SafeCom President) accepting the Award on their behalf. The 2019 RCFA was only open to festivals from Asia. The Almaty International Rock Climbing Festival and Korea’s Trad Climbing Festival, both supported by UIAA member associations, were also nominated.

The recent fourth edition of the Suru Boulder Fest (held between 25 August and 7 September) witnessed 150 climbers participating. The organisers are committed to raising awareness about rock climbing in India and in particular the area around Ladakh. Many international climbers visit the region each year and share experiences with the local community, most of whom are unable to travel and explore their passion for climbing. As a result, the festival succeeds in the development of the climbing community as well as awareness about the sport. “Applicants this year have been varied and generally high quality,” explained Anne Arran, UIAA Rock Climbing Festival Award Panel chair. “We were happy to hear such enthusiasm from the organisers on the UIAA’s involvement in supporting climbing festivals continentally and to receive some requests for follow up action and future collaboration.”

Given the quality of all three of this year’s candidates, while Suru was confirmed as the overall winner and receives 1,500 CHF in prize money, the Panel decided to offer 500 CHF to the two other nominees. All candidates demonstrated excellent organisation and received positive feedback from attending climbers. Suru was chosen for a number of factors not least its involvement of women climbers, close relationship with local community, support for youth climbers and waste disposal programme. This year’s Award was also supported by the UAAA – Union of Asian Alpine Associations – who kindly donated to the prizemoney pool.

“Our event has been the catalyst for the rock climbing movement in India,” explained Tenzing Jamyang, Founder Suru Boulder Fest. “It’s a great place to learn and experience what the sport is actually about and also connect with the global climbing community”. Not only that the festival has enabled local people to gain a closer appreciation of the natural environment around them. “Locals are very happy with the engagement and look forward to the festival every year. One of the villagers told us they were tired of the rugged rocky landscape of the valley but since Surufest started they have realized that these things, rocks, are a blessing”. Indeed many of the participants have found a reason to join climbing gyms around their cities and now Indian climbers have a festival of their own to celebrate the outdoors and share their stories

Suru hopes to use the funds from the Award to build a climbing wall in the local high school and to foster an even greater youth engagement. They will continue to work with the UIAA. “Any assistance from UIAA will be a blessing for the festival as we grew the festival from a basic idea and have been seeking guidance to grow it in the best way possible,” closed Jamyang.

One of the cardinal elements of the festival is to expose youngsters to climbing. Youth groups who participate on the competitive climbing circuit throughout India can attend the festival for free. A number of workshops are conducted for local children, all of which will bring the local community together and improve the skill set of each individual. The festival is also run with environmental guidelines at its forefront. The festival also adheres to strict Leave No Trace (LnT) guidelines. Participants are discouraged from using plastic bottled water, camping outside of the designated campsite, littering or burning firewood.  All food is sourced from the local market.  Non-biodegradable waste is packed and distributed to a local waste management plant. The festival has also linked up with an organisation called Eco-Femme, which makes reusable sanitary pads.  The pads are distributed during a workshop at the local girl’s school with the help of female volunteers.

Arran added: “The UIAA through its rock climbing festival award is committed to helping federations and event organisers grow interest in aspects of the sport or solve any problem presented or information required through the running of the festival that can benefit the sport in that country, for example what aspects of the UIAA’s work could they most benefit from.” Future plans also include:

Providing assistance / resources to organisers and federations who have applied for the UIAA Rock Climbing Festival Award, on request, in their areas of need in partnership with UIAA Commissions.

Support for countries with no federation supporting rock climbing to join the UIAA family. Connecting festivals and federations.

Increase partnerships and concept of supporting a charity or local initiatives, inviting donations and joining with others such as https://climbinginitiative.org/.

Look at raising money through participants sponsorship for charities.

Application for the 2020 Award opens in early 2020. The Award will be open to festivals from Australasia and Southeast Asia.

To discover ice or rock climbing festivals near you please search the UIAA’s dedicated calendar.