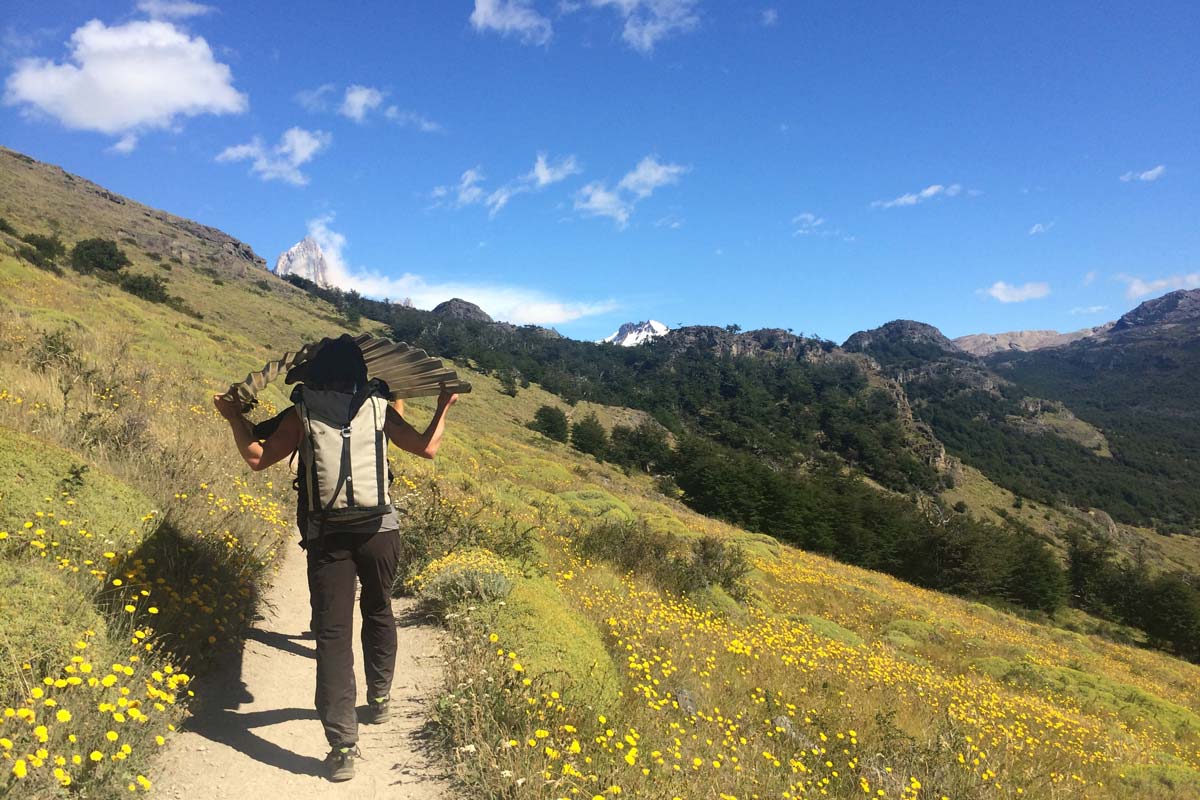 SUSTAINABILITY OBJECTIVES FOR 2021 SET IN MOTION

Throughout the past twelve months, UIAA Commissions have embraced online technology as a means of meeting more regularly. The Mountain Protection Commission (MPC) is no exception.

At its first meeting of 2021, the MPC focused on priorities for the year ahead while delegates provide updates on sustainability initiatives within their own federations.

The revised timeline for the 2020-2021 UIAA Mountain Protection Award (MPA), partnered by Bally, was recently communicated. The application portal has remained open throughout the past year. The deadline for submissions is 31 May and the Award winner will be announced at October’s UIAA General Assembly. There are three Award categories – overall winner (10,000 euro prize), runner-up (5,000 euro prize) and best new initiative. Further details on promotional assets for the 2021 Award can be found here.

The UIAA has recently completed a series of articles exploring the progress made by a number of the past MPA winners. This together with work shining a spotlight on projects focused on biodiversity for last December’s International Mountain Day, demonstrates the Commission’s commitment to supporting MPA projects throughout their lifecycle.

The MPC is working on revising the sustainability areas of the UIAA Alpine Summer Skills Handbook. The new edition is due to be released this year. Another significant project is a revision of the UIAA’s Environmental Objectives and Guidelines, which will be achieved in collaboration with the International Federation of Mountain Guide Associations (IFMGA) and the United Nations Environment Programme (UNEP). A first draft of Sustainability Guidelines for UIAA sanctioned sporting events is also underway.

At its next meeting, the Commission will discuss plans for its Respect the Mountains (RtM) Movement. Covid-19 has had a significant impact on the organisation of mountain clean-up events worldwide.

The MPC will be represented at the next edition of the biennial Sustainable Summits Conference, scheduled for 31 May – 4 June 2021.

Alpine Club of Canada: The ACC will shortly publish the fourth edition of its significant “State of the Mountains”, a peer-reviewed paper. This edition focuses on indigenous ways of knowing in the mountains. Links to previous editions can be found here.

Indian Mountaineering Foundation: Is working on its own sustainability-focused publication for members. The federation has been able to organise a number of mountain clean-up events.

Iran Mountaineering & Sport Climbing Federation: The federation has introduced a mandatory sustainability course for coaches and instructors. To date 6,000 people have passed the test. An accompanying guidebook (in Farsi) has also been published.

Mountain Club of South Africa: Articles related to the impact of invasive species on Fynbos flora have featured in recent editions of the federation’s journal.

Norwegian Alpine Club (NTK): is currently battling a project to establish the creation of new via ferrata trails in an existing climbing area.

Further details supplied by the NTK:

Norwegian Alpine Cubs (NTK) values ​​and in general about via ferrata

The principle of ‘trackless traffic’ is central to the NTK, and not least in the Norwegian outdoor life tradition. This means that as far as possible you should leave nature as it was when you got there. In the context of climbing, this means protecting the mountains and natural secured routes. The NTK believes that the principles of via ferrata conflicts with Norway’s climbing traditions and goes against the requirement for an individual to master their own skills and be self-sufficient when in the mountains. Furthermore creation of such routes reduces the opportunity to experience this for present and future generations.

The NTK believes that the establishment of via ferrata routes, as a commercial offer, prevents free movement in areas that are accessible to those who have the competence and equipment to travel there. Via ferrata therefore violates the basic principles of the Outdoor Activities Act (Allemannsretten).

The southeast wall at Andersnatten is one of the most important walls in Eastern Norway for climbing. It is also one of very few major rock walls in the region, and is of both regional and national value. This is shown by the massive reactions that the plan for via the ferrata has created in the climbing community. The Norwegian Alpine Club has submitted a consultation statement to the municipality regarding dispensation purposes in the municipal area plan’s, about the plans for new via ferrata trails in the existing and traditional well known climbing area Andersnatten in the south-east of Norway. Link to the statement:
Norsk Tindeklubs uttalelse til planer om via ferrata på Andersnatten | Norsk Tindeklub (ntk.no)