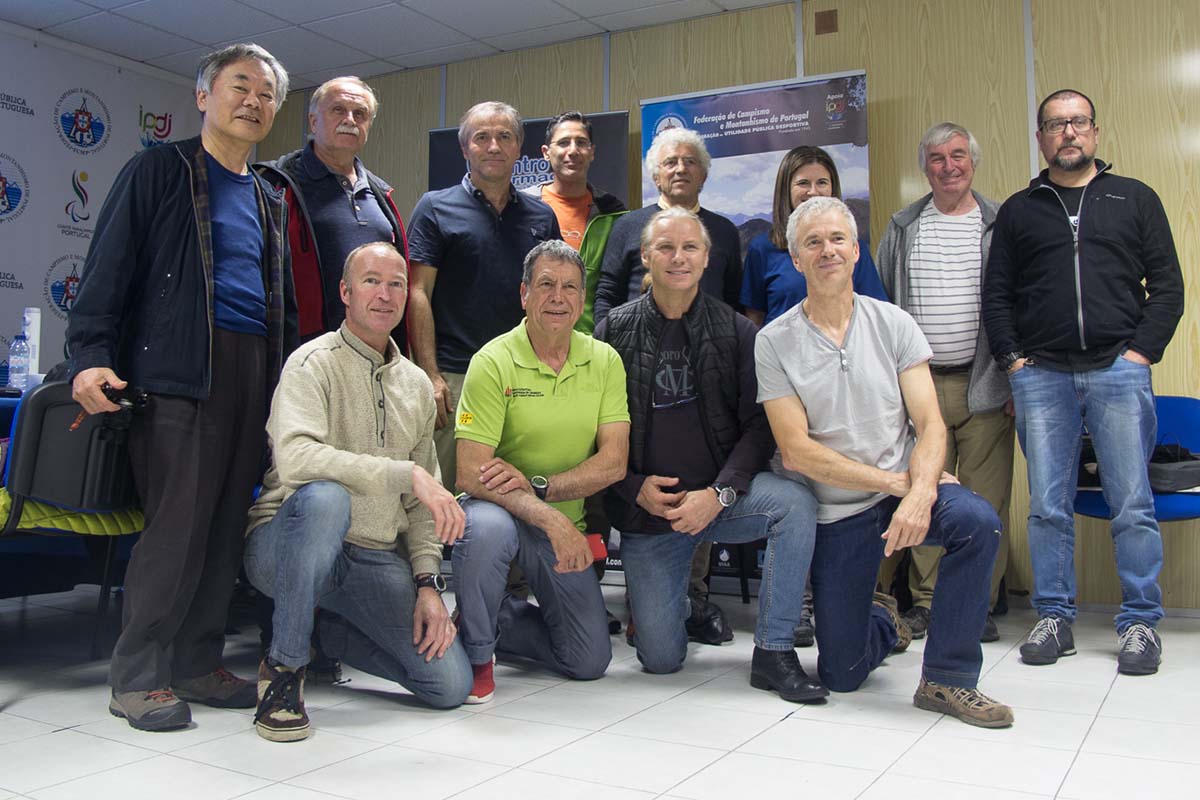 The UIAA Mountaineering Commission held its latest meeting in Lisbon, Portugal, in April 2018. The meeting, which was hosted by the Federação de Campismo e Montanhismo de Portugal (FCMP), was attended by 11 delegates from nine different countries. Pedro Cuiça (Head of Training, FCMP) welcomed everyone and gave an interesting overview of the FCMP, which has 600 clubs and 40,000 members, eight camping parks and a climbing training headquarters. He highlighted issues facing their instructors due to changes in Portuguese law that state that all training must be provided by professionals holding a government-endorsed diploma, and hence will forbid voluntary trainers. The Portuguese are obviously in a difficult period as they attempt to demonstrate the importance of voluntary leaders and trainers in climbing and mountaineering, particularly within the clubs.

Peter Farkas (UIAA Executive Board) emphasised the need to for the UIAA to review its mission and purpose in order to optimise the use of its resources and finance to ensure its continued sustainability and efficiency. The individual Commissions have been approached to provide feedback, and this was addressed during the meeting. Following the establishment of the European Association of Mountaineering Associations (EUMA) both the UIAA and EUMA Executive Boards recently met to discuss working together and avoiding any overlap in resources or strategy. Please refer to recent article on the subject.

Following a recent misinterpretation of the UIAA Single Pitch Award, UIAA Training would like to emphasise that training for this award should be carried out in the country in which it is to be used, and that the qualification itself does not give the awardee the right to teach globally, but only in the country of the federation that issued the award unless there is a system of cross-accreditation in place. However, some guides and instructors work in countries that have no federation or training infrastructure; the UIAA is looking into this and how it can help qualified instructors to assist with developing mountain training in such countries with its proposed skills training accreditations. Trainers from countries with established programmes may also help federations to develop qualifications, but in such cases it is the local federation that will issue and service the qualifications.

The UIAA Alpine Skills Handbook, which is continuously updated so that the digital version is always current, has been warmly received by a number of Federations. The handbook now includes sections on ‘trad’ or adventure climbing, and leader-placed protection. The digital version of the handbook can now be purchased online. This is an extremely valuable and affordable resource for all outdoor leaders and instructors. Promotion of the Handbook is currently supported by a dedicated Skills series.

MountCom’s popular Training Seminars are aimed at discussing and sharing best practice amongst trainers from UIAA member federations, and for trainers to fully understand the UIAA skills packages. Further training seminars are planned, which will be organized by the newly formed Training Seminar Working Group, chaired by Laura Samsó (FEDME). Federations interested in running their own Training Seminar are encouraged to contact Laura.

News from Member Federations
The Commission was pleased to welcome Ron Funderburke (AAC & AMGA) to the Mountaineering Commission. He explained that the American Alpine Club is keen to extend qualifications provision beyond the Single Pitch Instructor (SPI) which is currently delivered through the AMGA, to other activities, particularly trekking and sport climbing, but creating national schemes on such an ambitious scale requires time and care. In Cyprus, following a successful MountCom meeting last autumn, a pilot Hill Skills course is being held by UIAA Training to assist the Cyprus Federation to establish their own courses. And in Nepal we are pleased to learn that one of Nepal’s the first volunteer leaders has recent qualified as a full IFMGA guide. The Mountaineering Commission continues to monitor and discuss safety issues relating to equipment, its use and best practice. In some cases we pass any issues on to the UIAA Safety Commission, in other cases they are addressed by UIAA Training, and in others MountCom reach out directly to the federations and individual climbers through the UIAA newsletter and website.  During this meeting, the Commission discussed the use of double overhand and ring knots (used for abseiling and tying in respectively), since these techniques are taught by some schools, and over the strength and international standards employed for dynamic slings and lanyards, which are increasingly being used by the climbing and mountaineering community.

Safety concerns were also raised regarding cheap climbing equipment that is available on many web-based shops that do not police their products. MountCom would like to stress the importance of buying kit that has been UIAA or CEN certified, particularly for novices who may be unaware of the dangers of using uncertified kit. A recent article related to the potential perils of buying online climbing gear, first produced by the BMC, was recently shared on the UIAA website.