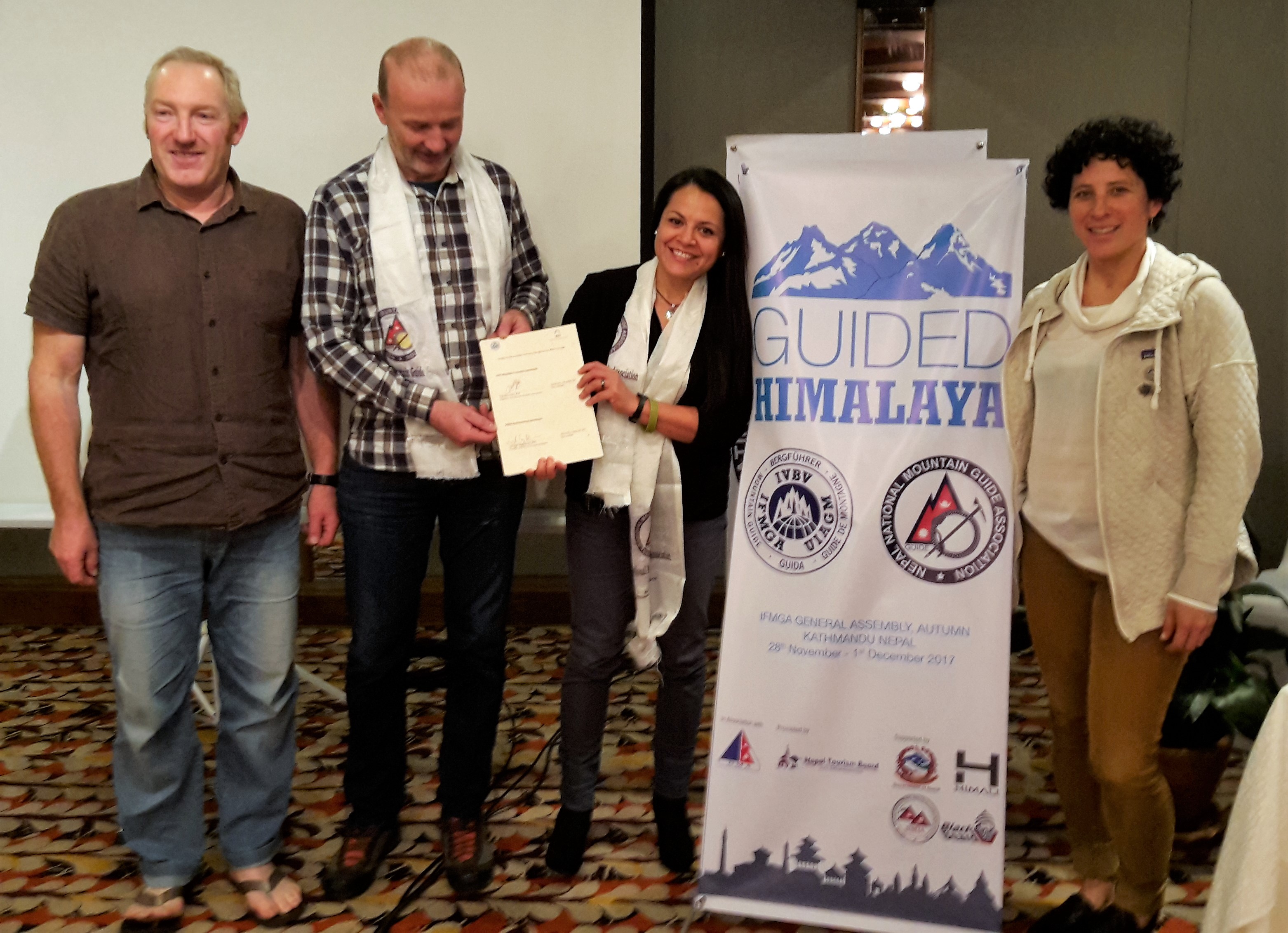 To mark the occasion, the Presidents of both environment Commissions – Adler and Magnussen – also formalised their willingness to collaborate by signing a Memorandum of Understanding at the IFMGA GA in Kathmandu to exhibit their commitment to collaborating on environmental matters, such as the development and review of environmental and sustainability guidelines and events to address waste and pollution management in mountaineering. This also comes in direct response to the recommendations made in a report on mountain waste published last year by UN Environment, in which an appeal was made to both global representative bodies for mountaineering to join forces and help address some of the key and pressing issues in mountains all the over the world, such as waste from tourism and recreation activities. See page 83 of the report https://www.grida.no/publications/157 Dr Adler praised the initiative to sign an MOU, stating that “it’s very encouraging and motivating to see that the IFMGA and its mountain guides are increasingly acknowledging their parallel role as key ambassadors for mountain protection, and more so when they also see the value of joining forces with our Commission’s work and jointly collaborate in this effort”. Joining Adler at the event, were representatives of the Nepal Mountaineering Association (NMA), among them Mr Santa Bir Lama (President) and Mr Tikaram Gurung (Secretary) and former President of NMA, and UIAA Honorary Member, Mr Ang Tshering Sherpa.

Dr Magnussen expressed his motivation to lead this effort at the IFMGA. “The mountain environment is the basis of all mountain guide practices. Our proud profession, spurred on by early romanticism contains more than two hundred years of mountaineering traditions. On this basis we look forward to work on topics concerning sustainable practices in the mountain environment of the world. This is of vital importance in order to secure this environment to the future generations of mountaineers. We are honoured to take on such a task together with the UIAA Mountain Protection Commission.”

The General Assembly in Kathmandu also provided an opportunity for both Commission Presidents and the IFMGA’s EC members to scope and coordinate tasks and projects that both Commissions seek to realise in the coming year, for instance a survey to be sent in early 2018 to IFMGA and UIAA associate members to gather more information about their environmental practices, perceptions, and needs to address waste and sustainability in mountains. This is to be followed with a series of planned workshops to review these results and scope additional tasks geared towards development of new guidelines, starting at next year’s Sustainable Summits Conference to be held in Chamonix, France between 11-14 June, 2018. Other envisaged activities include mountain route ‘clean-up’ events with members of IFMGA and UIAA and the general public.