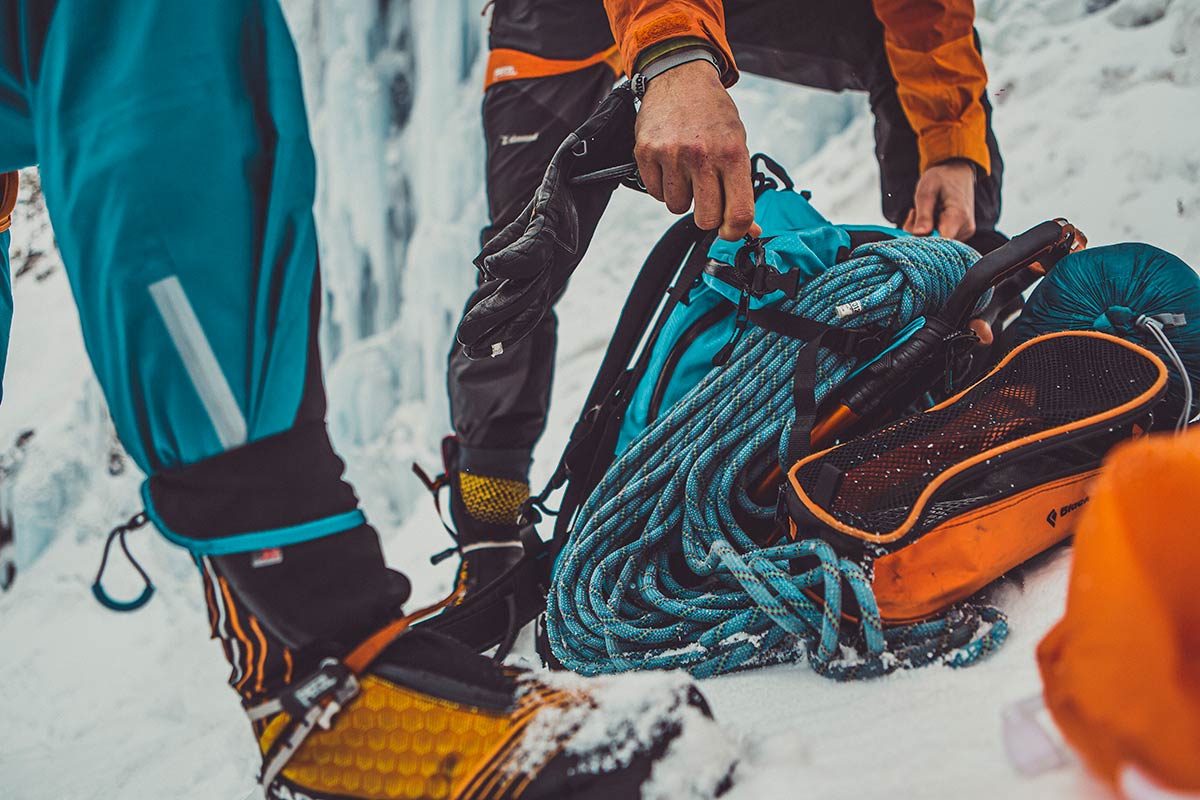 The UIAA – International Climbing and Mountaineering Federation – regularly receives questions related to safety topics. The UIAA Safety Commission, with support of other UIAA Commissions and experts, recently commenced a series of articles answering common questions with the objective of making them available to the wider climbing community.

This month’s question is:

Why and what are the ideas behind testing half ropes with 55kg weight? Most climbers are not in that weight class especially with all their gear on. Most people place protection in a way that would result in a fall loading only one of the ropes. What is the origin, and history of this?

1) The 55kg mass is an artifact of the historic testing process and does not define the mass of a climber using half/twin ropes. The testing standard is ultimately based on a worst case scenario with a nominal real world climber mass of 100kg.

2) The testing standard presumes rope redundancy in use; half/twin ropes must always be used in pairs. Glacier travel may be an exception; take care to ensure that there are no sharp rocks on the glacier.

3) Ropes do not break; they cut, or they succumb to acid degradation. These failure modes may occur at any reasonable climber mass. Thus, a climber who weighs less than 55 kg may still be quite capable of severing a rope.

The initial idea was that one strand of half rope must be able to hold one worst case scenario fall, i.e. one fall of fall factor 2 with an 80kg mass. So, ​the first test, devised in the 1970s, was just that, a test of one strand of half rope, a single factor two fall with a mass of 80 kg. However, it quickly became apparent that just one test with one fall was neither relevant nor suitably reproduceable.

In order to solve this issue, it was decided to ​devise a test that would involve five falls using a smaller mass that would be equivalent to a single fall with an 80kg mass. A long study, using both theoretical calculation and practical validation, was conduct​ed by a laboratory in Toulouse, France, to demonstrate that the correlation between the Mass and the Number of falls could be expressed by the formula: N x M4 = K (where K is a constant specific to the rope). From this formula it was easy to demonstrate that the equivalent test for a rope to withstand one fall with ​a mass of 80 kg is a test of five falls with ​a mass of 55kg. Therefore, the value of 55kg comes from this calculation.

A related question – Can half ropes be used as a single or twin rope? – will be the subject of the next answer.

To submit a question to be addressed by the UIAA Safety Commission please click here.