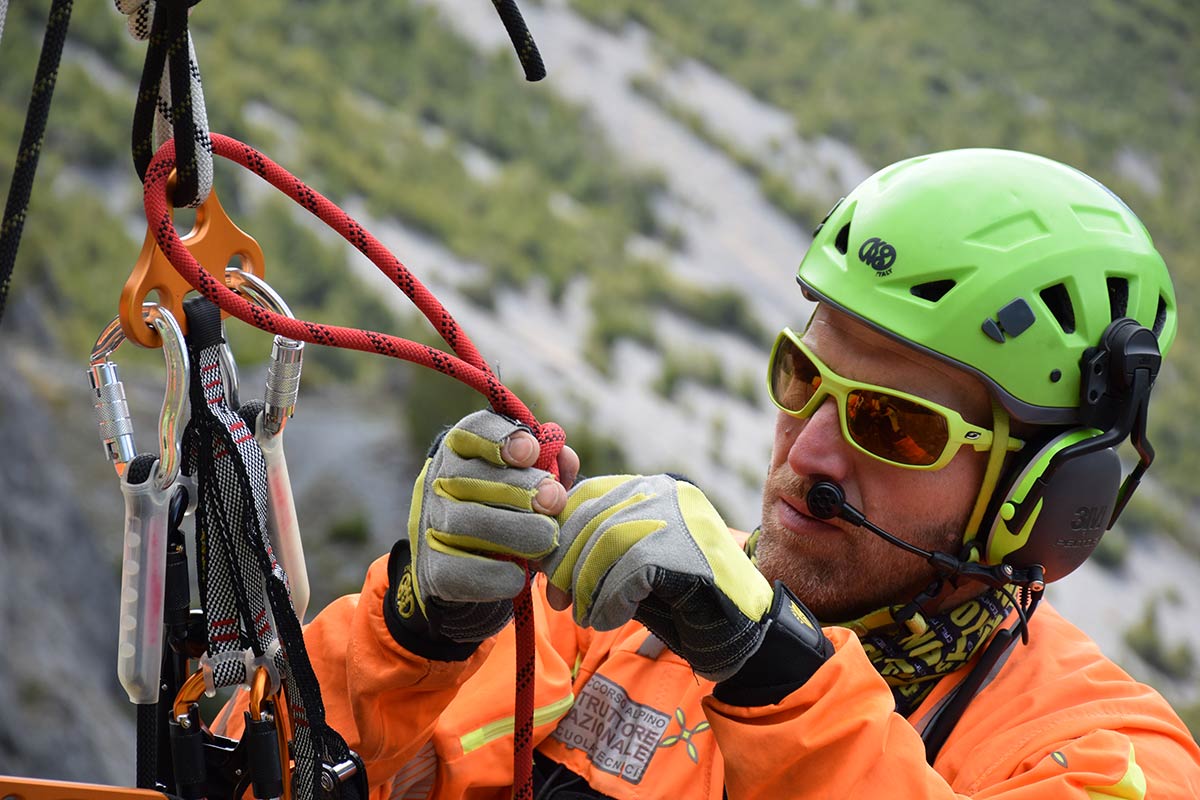 The UIAA Safety Commission held its latest Plenary Session between 31 May and 1 June. Over the two-day online meeting, the Plenary welcomed 11 UIAA accredited laboratory representatives, 13 national delegates and representatives from 27 leading manufactures of climbing and mountaineering equipment.

Updates from the Plenary meeting:

UIAA Safety Labels in 2021 – There was little change from 2019 through to 2021 in the number of manufacturers and Safety Labels confirmed, which is remarkable given the current Covid pandemic situation. There has been an increase in label numbers for relatively new UIAA standards, e.g., UIAA 109 Lanyards, UIAA 156 Avalanche Rescue Shovels and 161 UIAA Crash Pads. There has also been an increase in the number of manufacturers holding UIAA Safety Labels in US and Asian markets, while the European manufacturers have remained steady. This shows the continued reach of the UIAA label and logo aided by a greater outreach and communication.

Avalanche Probes Working Group Report: The WG presented its Probes report to the Plenary. There were a few discussions about the testing position of probes. It was agreed the test can be carried out in vertical or horizontal configuration; if horizontal, a frictionless bearing must be in place. The final result should represent a high-end standard and results of testing should be in the excellent category, especially in the probe bending stiffness. The requirement for the standard was then approved and set to have a higher 2.5KN/mm threshold for bending stiffness. The standard was also approved by the Plenary as the new UIAA 157 Standard for Avalanche Probes. Loading Sharing Devices (LSD): The Working Group, which consists of two accredited UIAA labs, four manufacturers and three national delegates, presented the draft standard to the Plenary and with more than ten meetings under their belt significant work has been accomplished. The standard was unanimously approved. The UIAA 130 Load Sharing Devices (LSD) standard will be released late summer 2021.

Helmet Rim Impact: This is an going project with details to be further defined. Going forward the WG needs to introduce the helmet positioning index — because a precise positioning of the helmets will improve precision of impact measurement. New round robin testing will be made with these improvements.

Sharp edge testing on ropes: This working group has developed a test method to measure cutting and has performed associated tests, presenting these results at the last Plenary Meeting. There were discussions about how much the effect is due to the quantity of nylon used and how the non-static belay in the field compares to the ultra-static belay of the dodero tests. Working group activity is on-going and will look at how to provide comprehensive cut-resistance information to the end-user.

Canyoning Harness:  The harnesses WG continues its research with longer UV ageing tests. Investigations of failed harness suggests friction wear, but chemical attack cannot be ruled out. The WG will look at questions concerning storage, use and inspection of harnesses.

UIAA 104 ‘’Steel cable’’ insert: Are steel cables permitted under the UIAA quickdraw standard? The UIAA answer at the last Plenary meeting was “Yes.” There was a proposal to add clarification to include such construction as part of the standard scope. The original demand for steel cable draws is in ice climbing competition, but also extends to permanent draws that are now relatively common in some outdoor climbing areas. There were discussions regarding whether a corrosion test should also be included, especially on account of the plastic covers that might well cause water to be in contact with the metal for extended periods. A working group was formed to determine the direction of steel cable draws.

New Working Group Ideas: There was a request to consider a UIAA Standard for headlights/portable flashlights.

SafeCom’s next Plenary meeting will be held online from 8-9 November.