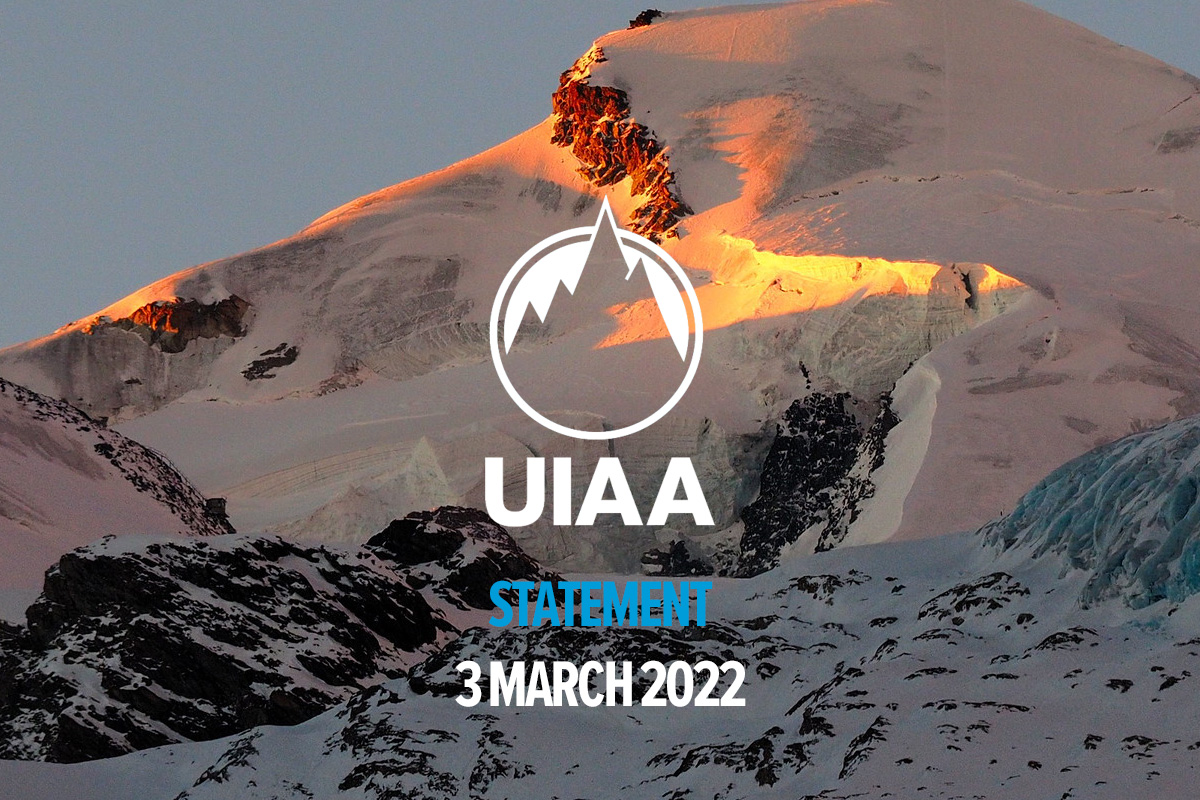 UIAA STATEMENT ON THE SITUATION IN UKRAINE

3 March – Following the statement it released on 25 February, the UIAA – International Climbing and Mountaineering Federation – has continued to closely monitor the situation in Ukraine.

UIAA President Peter Muir has been in contact with Anna Yasynska, President of the Ukrainian Mountaineering and Climbing Federation, to offer the UIAA’s full support and to share the UIAA’s deep concern and sympathy.

On 3 March and taking into account the latest recommendations from the International Olympic Committee (IOC), the UIAA Executive Board (EB) agreed to suspend all UIAA officials from Russia.

Delegates from the Russian Mountaineering Federation (RMF) and Russian officials and athletes are excluded from all UIAA-sanctioned activities and events.

Participation of Russia at Future Events

The UIAA will not accept any applications from Russia and the RMF for future hosting of UIAA-sanctioned events and projects such as:

The UIAA has welcomed the many robust messages of support and recommendations received both publicly and privately from its member federations. Public statements can be viewed at the foot of this release.

The UIAA has also been heartened by the displays of solidarity from within the climbing and mountaineering community, including those between Russian and Ukrainian climbers.

The UIAA deplores in the strongest possible terms any and all use of state or individual violence in pursuit of any aim or for the purpose of the settlement of perceived or actual disputes such as the current Russian actions against Ukraine. The UIAA hopes that the unified international calls for peace will help bring an immediate end to the war.