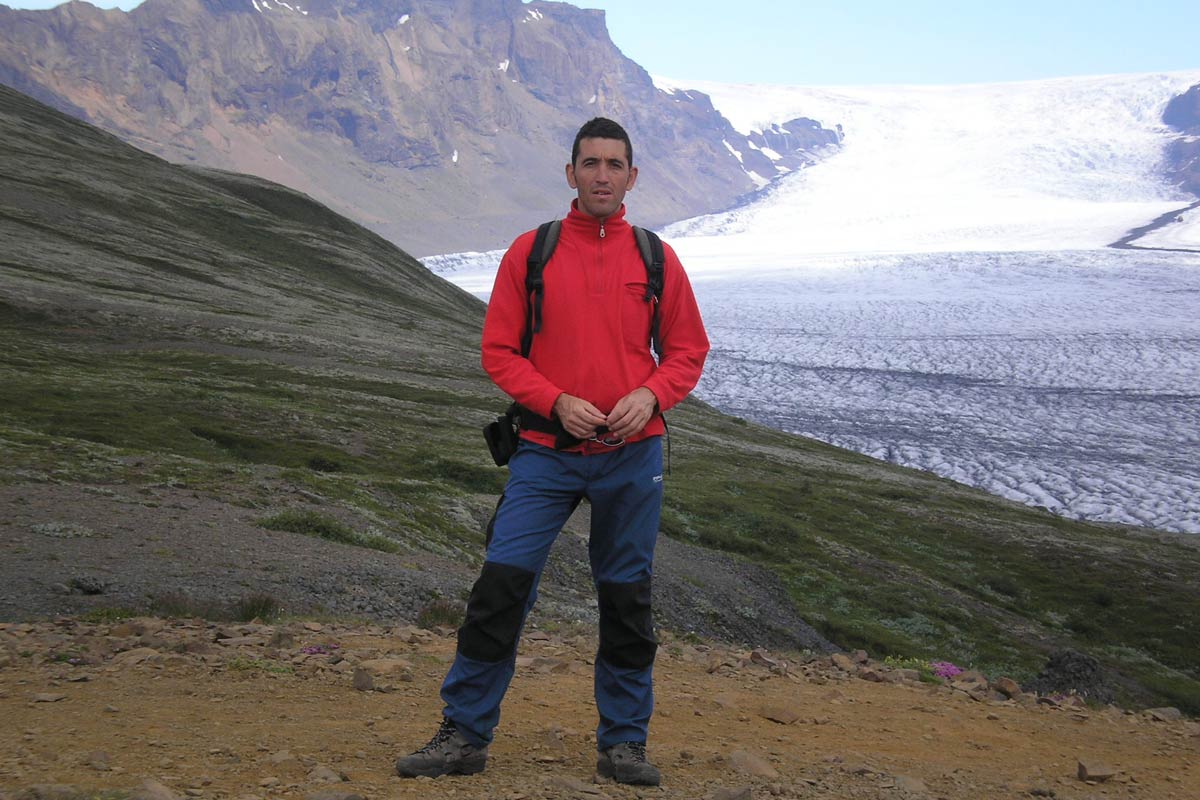 For over 21 years, Juan Jesús Ibañez Martin (FEDME, Spain) has supported the UIAA as a volunteer primarily lending his expertise in the field of access. Joining the Access Commission in 2000 he has risen through the ranks from full member to secretary and more recently as President of the now Working Group which forms part of the Mountaineering Commission. At May’s UIAA Management Committee meeting, Ibañez Martin’s eight-year term came to an end with Milosz Jodlowski from Poland (PZA) renominated to the Commission and elected as the new WG Chair. Ibañez Martin shares his reflections of his time as a UIAA volunteer.

UIAA: When did your involvement with the UIAA begin?
Juan Jesús Ibañez Martin: In early 2000 the new Access and Nature Commission of FEDME was created and I was elected on behalf of the mountaineering and climbing federation of Asturias, my region. During subsequent discussions, we agreed that FEDME had to be linked with the work, ideas and common path followed by other national federations. It was decided that FEDME would ask to join the UIAA Access and Conservation Commission, and that I would be the FEDME delegate.

How did you first come to hear about the UIAA?
During the aforementioned FEDME meeting I heard for the first time about the UIAA, as the international federation. Back in the Asturias I talked to some friends, mountain guides and huts owners to discover more about the UIAA. After all, access to the internet was not so easy at the time. Thanks to their input, I started to have a global idea about the UIAA.

In what capacity do you support FEDME and for how many years have you done so?
I started to collaborate with the FEDME Access and Nature Commission in 2000 and over the years, my involvement was gradually increased until the beginning of 2009 when I became a part time worker of FEDME linked with their area of Access and Nature. The situation has changed significantly this year in which I have assumed the coordination of international relations of FEDME as well as the technical coordination of the entire social area as a full-time professional. I am also a private tutor in maths, chemistry and physics. When did your relationship with the Access Commission begin and what led you to become its President?
In June 2000 I was coming home from a meeting with some mountain huts owners of the Asturias when I received a phone call from FEDME, confirming that I had been admitted as member of the UIAA Access and Conservation Commission. I would attend my first meeting the next day in Pralognan la Vanoise, France.

After a tortuous trip I finally met the members of the Commission who were waiting in the hotel for the arrival of the new Spanish delegate! I was very lucky to have the opportunity to learn from some real experts in the field. Robert Pettigrew (Commission President at the time) welcomed me together with members who are sadly no longer with us like Daniel Taupin and Stefano Tirinzoni.

Step by step, discussions, ideas, and the path of the Commission followed a clear vision: to expand the idea of free and responsible access. Year after year the group continued to do  good work with a strong balance between supporting member federations and producing important works such as the Argeos Charter.

What achievements are you most proud of having achieved with the Access Commission?
The Climbers’ Manifesto is a remarkable document with a huge history of work, collaboration from different people, thoughts and, in fact, a clear demonstration that UIAA members can work together for a clear objective, such us with the recent Mountain Workers Initiative. I’m very proud of being able to transmit to UIAA members the need to work together and support among us to promote a free and responsible access to the mountains.

How has the Access Commission/Working Group’s mission evolved during your time supporting it?
For me it was important to understand that issues are no isolated cases or a problem solely for the areas directly impacted. I think we have been able to transmit to all members that together we can successfully support each other. What do you believe are the main challenges UIAA members currently face in terms of access restrictions/questions?
In recent years people have increased their interest for visiting nature, we can see it when we visit the most popular mountain destinations, this effect has been amplified due to the current pandemic situation. There is an increased risk of ‘massification’ in some places that, for us, can be problematic if restrictions are placed on our activities. But I’m convinced that we can continue to convince environmental authorities that the solution should not be to prohibit access. For us mountaineers, climbers, hikers, we don’t need a parking area at the top of a valley or close to a waterfall. These infrastructures should be close to villages to support the local communities and the nature areas themselves left unspoilt for people to explore responsibly.

In terms of your interest in climbing and the mountains, when did this begin? What are your primary mountain-based passions today?
My connection with the mountains was born very early on due to the fact that my homeland, the Principality of Asturias, is a mountainous paradise in the north of Spain. I started to attend the weekly mountain activities of my school club at the age of six. Later I practised different activities – hiking, climbing, skiing, summer camps, guidance courses and camps, in the Asturias, the nearby Cantabrian range, the Pyrenees, and the Alps.

My passion was and is hiking and alpinism although in recent years I have combined that with skyrunning where I am specialised as an environmental referee, an important role for competitions held in nature.

What is your favourite place in Spain to climb/hike/visit, and what is your favourite mountain destination worldwide?
Born and living in the Principality of Asturias (North of Spain) it’s very easy for me to tell you that, Asturias. The area has everything in terms of climbing and hiking. The north of Tenerife is also a paradise for hiking. Worldwide? It’s very difficult to say just one place. Of course the Alps, in the winter and summer. Generally speaking, I like long routes where you can learn from the people in the villages, about their lives and their history.

What have you most enjoyed about being part of the UIAA?
I have enjoyed the chance to meet such incredible group of people (and become friends), from different places, countries, customs, ideas and all working in the same direction for a common passion.

What are your other hobbies?
I like to travel, discovering new places, peoples, customs (not necessarily far from Spain), sometimes little villages inside my country are a fantastic experience full of remarkable moments, especially if the trips are done with friends. I love to read, especially in calm moments (I haven’t much of these in recent times!) and listen to music. Until not too long ago I used to sing in a choir, here in Asturias, which has given me the opportunity to learn more about some of the most beautiful pieces of the history of the music. I really hope to sing more in the future but other demands have taken precedence.

Do you hope to stay involved with the UIAA in the future?
Of course. I hope to continue serving the UIAA on behalf of FEDME to share the knowledge I learnt during recent years.