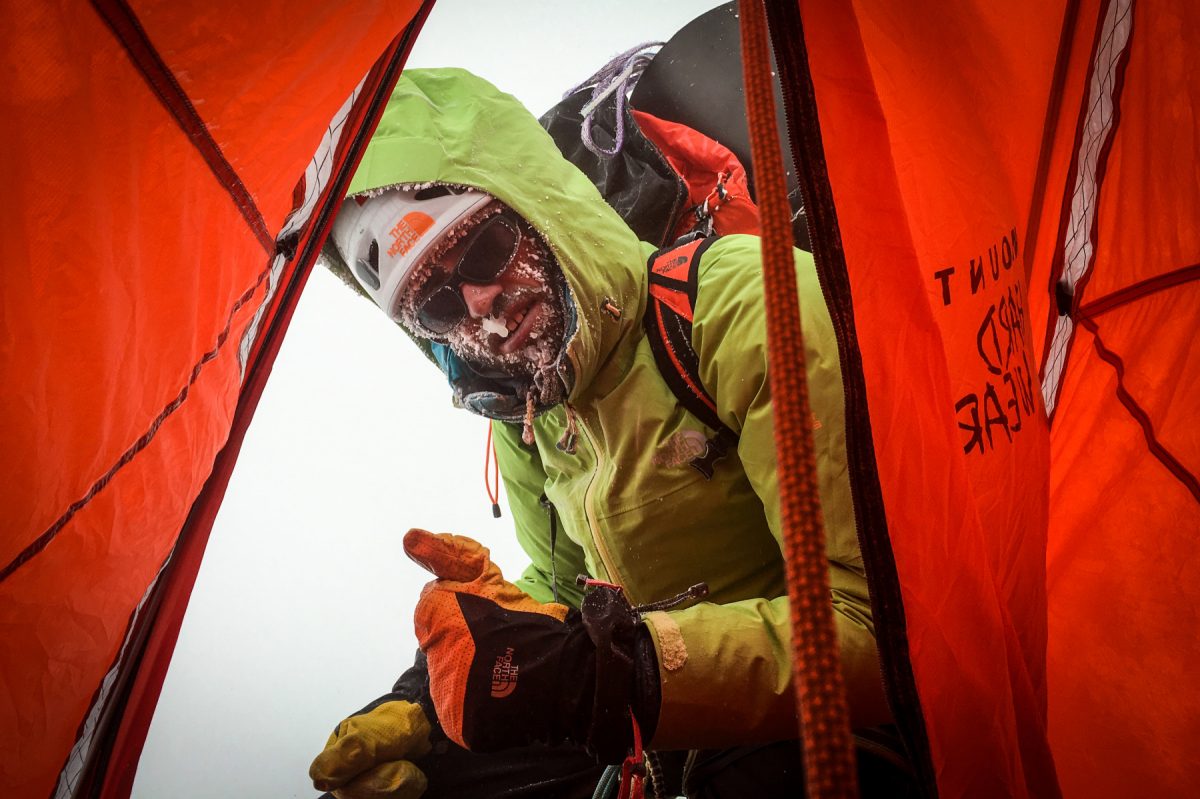 For the third successive year, the UIAA awarded the Best Climbing Film prize during the final weekend of the Trento Film Festival, held from 27 April – 7 May.

This year marked the 65th edition of the festival which showcased some 118 films from 32 different countries in ten different categories.

Ten films were nominated for the UIAA prize with Annapurna III – Unclimbed selected by the UIAA Award Panel as the winner. This 13-minute production from Nepal/Austria is directed by Jochen Schmoll and documents an expedition to the Annapurna III led by David Lama, together with the Austrian skiers Hansjörg Auer and Alex Blümel. Over a period of five weeks they attempt to resolve one of the great dilemmas of climbing: the route up the south-eastern crest of the Annapurna III (at 7,555m, the 42nd highest mountain in the world).

Schmoll is a director, producer, cameraman and editor of television documentaries. Many of his works have won prizes at international festivals, including Climbing into the Death Zone, Mountain Sickness in Himalaya and Young Die Who’s Loved by God.

Among the films recognised by the Festival were: Samuel in the Clouds as recipient of the Genziane d’Oro for Best Film; Dhaulagiri/ Dhaulagiri, Ascenso a la Montaña Blanca for Best Alpinism Film; and Diving Into The Unknown as best film on Exploration and Adventure.

The films nominated for the UIAA Award comprised: Documentation of an expedition to the Annapurna III led by David Lama, together with the Austrian skiers Hansjörg Auer and Alex Blümel. Over a period of five weeks they attempt to resolve one of the great dilemmas of climbing: the route up the south-eastern crest of the Annapurna III.

The brothers Eneko and Iker Pou are two of the best climbers in the world. What do they have in common with the sculptor Xicu Cabanyes and the shipbuilder Sebastian Vidal? Jordi Canyigueral’s documentary attempts to find a link between the four by combining sport, art and nature.

Brette Harrington has asserted herself on the international scene thanks to some spectacular ascents, demonstrating clearly that she is one of the rising talents in the world of climbing. In this documentary we follow Brette at the locations of some of her most spectacular feats.

Adam Bielecki returns to the Himalayas together with Denis Urbuko and Alex Txikon to attempt the ascent of the Kangchenjunga: it will be a challenge between human force and the grandeur of nature to reach the peak at 8586 m.

Three friends arrange to meet in the forests of the Jura mountains to go to Chalet Carroz, managed by the Geneva section of the Swiss Alpine Club. After having received a warm welcome from the three young managers, they will have the opportunity to learn more about the activities of the SAC and will be involved in an expedition to the Zanskar mountains in the Himalayas. It will be a sort of baptism, allowing them to understand a more profound way of experiencing the mountains.

In summer 2014 Mar Álvarez became the fifth woman in history to climb the grade of 9a/5.14d. This was made even more impressive by the fact that Mar is not a professional climber and works full time as a firefighter.

Caroline Civaldini, a climber of international stature, takes on the Voie Petit on the Grand Capucin, on Mont Blanc. It will also be an opportunity to review the history of attempts to climb one of the most demanding routes in Europe.

The Headless Children is one of the most demanding routes in the Rätikon chain, in the eastern Alps: over 250 metres with grade 8b passages. Kilian Fischhuber tries to climb the route, to date only completed once. In parallel, there is a comparison with the works of the artist Brian Main.

While they are intent on reaching the peak of the Tupendeo, in Kashmir, Stephan Siegrist and Thomas Senf find themselves face to face with a mystery: they find a rope for the descent, but the tracks disappear shortly afterwards. Their research will lead them to reconstruct a dramatic episode which has been forgotten.

Despite being paralysed as the result of an accident in the mountains, Vanessa François continues to climb with the help of her friends, who as well as being great climbers, also show themselves to be generous and supportive. After having successfully climbed the Zodiac route in the Yosemite Park, she decides to take on the Grand Capucin, an almost 4000 metre monolith on Mont Blanc.