The connection point between hiking and climbing

Over the last few years, the number of people climbing “vie ferrate” has rapidly increased, and this manner of approaching mountains is becoming more and more popular among mountaineers and hikers, in particular among young people. The terms “via ferrata” and “sentiero attrezzato” (or equipped path) indicate that a set of fixed equipment (metallic ropes, ladders, chains, bridges, …) is installed along an itinerary in order to facilitate its ascension, guaranteeing at the same time a good margin of security. 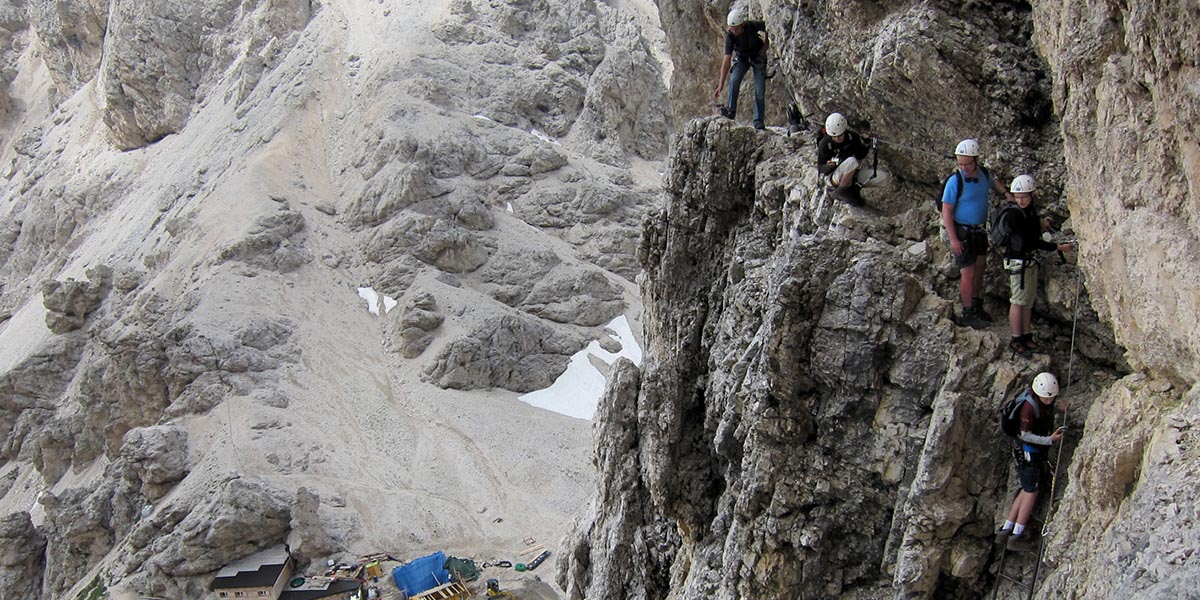 What “is” a Via Ferrata?

As a matter of fact, there are different ways to approach a mountaineering excursion/climb:

A hiking trail is equipped with some artificial device, usually placed only in specific -particularly exposed- points to increase safety; often no specific equipment is required to the hikers.

A route is fully –and permanently- provided with facilities and equipment fixed to the rock in order to facilitate the climb and increase safety; this equipment consist in a metallic wire anchored to the rock through specific pitons, ladders, bridges, hooks, and more in general any necessary artificial mean. Specific equipment must be used by the climber (harness, helmet, ferrata kit)

While climbing a rock or ice route, the climbers either find some anchor points already fixed in place or have to put their own. Except for artificial climbing routes, this equipment is used only for protection purposes, and the climber must bring ropes, karabiners and other specific devices for protection. In artificial climbing routes, the equipment is used also as a help to climb, and not only for personal protection. 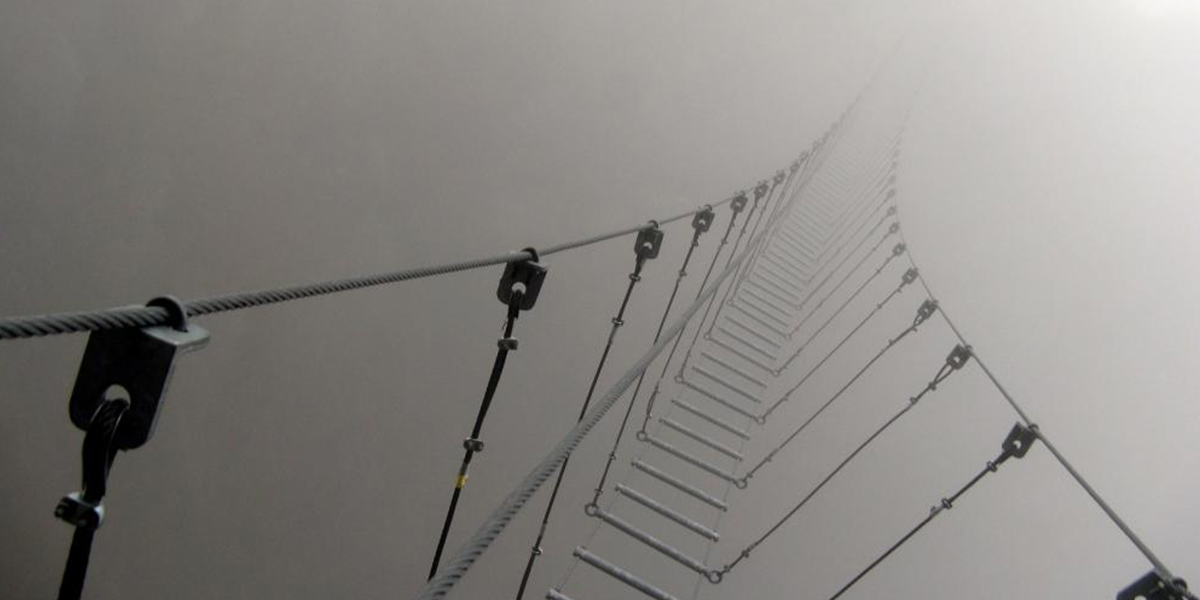 Mountaineering associations have defined and adopted different scales and grading systems. Among the most known, we can list:

Because of its completeness, in 2016 the UIAA Mountaineering Commission has decided to adopt the Italian scale for grading the difficulties of Via Ferrata as its international standard.

Scale of difficulties for Via Ferrata

In Italy, the Italian Alpine Club – CAI, has adopted a scale based on several parameters. The main criterion refers to the overall engagement, and is given in the scale F, PD, D, TD and ED. Then, there are other parameters (in grades from 1 to 3) related to the technical engagement, the physical engagement, the exposure, and the environment. The scale adopted in Austria refers to the overall engagement and is summarized in the following table.

The French and the German Scales refer to the overall engagement and are shown in the following table, also with the Italian and Austrian scales for comparison. There is also another scale, the “international scale”, shown in the table below. This scale is not adopted by many federations.